On Playing Chicken With Nuclear War

Donald Trump has a bigger nuclear button than Kim Jong Un. And our global politics continue to resemble an elementary school playground. I think I get what Trump is trying to do. He’s trying to convince the Chinese that he’s crazy enough to destroy the world so they’ll clamp down on North Korea as hard as he thinks they could when pushed into a corner. I’ll admit that his strategy might actually work. Even if it does, it’s not the kind of thing I could ever approve morally as a Christian. But the larger problem with playing chicken with nuclear war is it depends on the other guy being the opposite of who you say he is.

If Kim Jong Un is a pragmatist who is most concerned with his country’s best interests, then he might seek an exit ramp out of this confrontation if China clamped down with sanctions. Perhaps Jong Un honestly thinks that without the deterrence of his own nuclear weapon, North Korea will always be vulnerable to our invasion when we decide that regime change aligns with our geopolitical interests enough to justify the expense.

It certainly seems insane from our vantage point that such a random insignificant country without any oil or other resources we covet would actually be terrified that we were going to invade them again 65 years after the ceasefire in the last war we fought against them. But how many other countries around the world have we invaded in our role as a global superpower? Our military has overtly or covertly engaged in conflict in 70 different countries since World War 2. So it wouldn’t be outlandish for a foreign leader to think that a nuclear weapon is the only assurance against a US military invasion.

But what if Kim Jong Un is actually crazy or at least ideologically shaped in such a way that a suicidal nuclear strike against the United States seems like a valid option? What if he believes that his duty as the Great Leader is to humble the one great enemy that his national mythology is built around regardless of the cost? What if the glorious destiny of the Great Leader and his people is to offer themselves as a sacrifice that finally ends the age of American Empire?

Who knows? Maybe Kim Jong Un will actually turn out to be the adult on the elementary school playground. Maybe the Chinese will take leadership and create some kind of face-saving exit strategy that Jong Un could accept.

Maybe all of this really is just bluster. In the age of social media, we want to believe that there’s a thick wall between the fevered pitch of online commentary and what actually takes place in the physical world. We want to believe that when twenty-year old fascist kids say multiculturalism is “white genocide,” it doesn’t mean they’re actually going to commit a terrorist massacre that involves real bloodshed at some point in the future. We want to believe that tweeting about nuclear buttons belongs to a completely different universe than actually pressing the button in a moment of rage.

Maybe nothing will happen.

If you’d like to support my ability to keep blogging, please support my ministry NOLA Wesley as a one-time giver or a monthly patron. 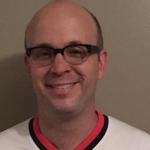 Christianity Does Not Solve the Problem...
Freelance Christianity
Related posts from Mercy Not Sacrifice

Transforming Communities Built on Exclusion (Part 2 of...
Because the story seeks the root causes of why people are marginalized,...
view all Progressive Christian blogs
What Are Your Thoughts?leave a comment
Copyright 2008-2020, Patheos. All rights reserved.