Patheos Explore the world's faith through different perspectives on religion and spirituality! Patheos has the views of the prevalent religions and spiritualities of the world.
The first time I walked a prayer labyrinth was at the Richmond Hill retreat center in Richmond, Virginia about 7 years ago, but walking and talking to God has been part of my spiritual life since the beginning. There’s something important about establishing specific physical places that are saturated with prayer over time, and there’s something mysterious and captivating about prayer labyrinths in particular. A labyrinth is the kind of invitation to the kingdom of God I’d like to offer. That’s why NOLA Wesley is launching a cafe this fall called The Labyrinth.

Let me trace the steps that brought us to where we are. When I first moved to New Orleans four years ago, I was already steeped in the contemplative Christianity of Henri Nouwen and Thomas Merton. That first summer, I started going to the noon weekday mass at the local Episcopal cathedral and afterwards I would go to their retreat house called the Advent House to pray. I found a book on the shelf there called The Mystic Way of Evangelism by Elaine Heath.

Heath argues that the best way to share the Christian gospel with people is by intriguing them with the mystery of God, a glory that we can taste and experience in our present lives rather than a banal afterlife insurance policy. Around the same time, I read William Thiele’s Monks in the World: Seeking God in a Frantic Culture. It helped me realize that a major aspect of the hell from which we need to be saved is the desperate anxiety of our high-stress, achievement-oriented, performative culture, nowhere more pervasive than on the campus of Tulane University where the business school advertises itself with a sign that says, “In today’s job market, how will you stand out?”

So I was walking around Tulane with my prayer beads in August 2014 and a voice said, “Make me a monastery.” I had no idea how to do that. When I talked to students about neo-monasticism, they looked at me like I was from a different planet. Over the past several years, I have offered various different versions of meditation and contemplative prayer. Sometimes one or two people would show up, but usually it was just me sitting by myself asking God what in the world he had in mind.

Since I didn’t know what else to do, I thought I would look up my mystical evangelist writer Elaine Heath and just go to wherever she was to ask her for help. At the time, she was teaching at Perkins School of Theology in Dallas and had established a neo-monastic community network called the Missional Wisdom Foundation, so that’s where I took two students and two alumni for my first spring break.

We saw a lot of cool things in Dallas, but the one thing that caught my eye was a coffeehouse church plant called Union Coffee. Hundreds of people came through Union Coffee every week to drink coffee and eat paninis. In the evening, they had trivia, singer-songwriter shows, storytelling nights, and worship. They did service projects and promoted social justice movements. The line between church member and coffeehouse regular was intentionally blurry, which seemed like the perfect way to reach millennials who refuse to join organizations but become regulars at places they like to hang out.

A year later, I kicked off my book tour at Union Coffee where I got to share the message for their worship service. It was incredible the way they were able to transform the room and create a more sacred space with their combination of candles, artwork, and incense than many United Methodist sanctuaries are on Sunday mornings. Again, the line between congregation and outside community was blurry. Some people were enthusiastic worshipers; others were studying at tables off to the side; but all were in the vicinity of God’s word.

So Union Coffee was in my head, but I didn’t know what that had to do with a monastery. Then I met Sam Hubbard, the United Methodist campus minister at Southeastern Louisiana University. Sam had showed up at SELU in 2016, finding a building and a ministry in disrepair. So he set to work, starting with the building over the summer.

He didn’t wait for two years to get the right grant application pulled together; he didn’t come up with a strategic plan or an official budget. He just started ripping out what was rotten and replacing it with things that were beautiful, until people from area churches saw what he was doing and decided to jump in. By the end of his first summer, Sam had done over $100,000 of renovation work in the building, through the miraculous generosity of local church members, and the result was Kairos Koffee, a coffeehouse that wasn’t just a coffeehouse but a discipleship program (a.k.a. a monastery).

Everything about Kairos involved symbols and imagery designed for teaching fundamental theological concepts, including the logo itself. It was a space immersed with the mystery of God and this mystery started piquing the curiosity of surrounding students. Though SELU Wesley has conventional campus ministry elements like worship services and small group Bible studies, the community is not built upon a sense of obligatory worship attendance but on discipling relationships, like a monastery. They are now a thriving space where the lines are consistently blurred between their congregation and the hundreds of students that come through the building every week.

Meanwhile, back at Tulane and Loyola, I was learning that our conventional campus ministry paradigm simply would not work, especially with the workaholic ethos of the Tulane community. Trying to get students to commit to a weekly worship event whether it was on a weekday or weekend was proving to be impossible. If the glue of our community was contingent upon event attendance, then we would never have a tight-knit community.

We knew we needed a place where students would come to hang out rather than a place they only went for events. We had a student lounge but the only students who spent time there were the ones who were already completely committed to our worshiping community. In other words, we were like a house with a giant back porch but no front porch where newcomers could stop by and chat before making the incredibly scary move of walking straight into the living room.

We had explored the idea of doing a cafe before, but the idea hadn’t really caught hold. Then one night Cheryl said, “What if we called it the Labyrinth?” And it was like my universe snapped into synchronicity after wandering through a four year fog. Of course it’s supposed to be called The Labyrinth, a mysterious invitation to something deep and beautiful across the street from a radically secular and ruthlessly utilitarian college campus. It will be a space where nobody is badgered with religious recruitment but are instead immersed in an environment filled with Christian mystery where there are a variety of invitations for anyone who is ready to go deeper. And of course, it will have a prayer labyrinth painted onto the middle of the floor.

Not only that, but this would be a very different kind of cafe that could model the kingdom of God displayed in the Acts 2 church. Instead of selling products and making money transactionally, our paradigm will be to invite students to share resources so that those without resources can have their needs fulfilled with dignity.

We will be strictly donation-based. We will share what our food and drinks cost, and students will decide how much they can afford to support the ministry. We’re not just going to have food and drinks; we are also going to provide a music venue space for Loyola startup bands to get their first local gig. We will have trivia, tabletop games, movies, prayer, and worship: a cafe of opportunities for fellowship and spiritual growth.

Over the past two months, we have tweaked our ideas through distributing a student survey as well as having individual conversations with dozens of students. From these conversations, we learned that food insecurity was the number one problem identified by Loyola students in a recent school-wide questionnaire. We also learned that students who receive work study stipends as part of their financial aid can do their ten hours a week of work at local non-profits and there’s no limit to how many student workers we can employ! God keeps showing us why we need to do this and how he’s going to pull it all together.

There are two scriptures that God keeps directing me toward as a frame for this space’s vision. John 3:8 says, “The wind blows where it chooses and you hear the sound of it but you do not know where it comes from or where it is going.” 2 Corinthians 3:17-18 says, “Where the spirit of the Lord is, there is freedom and all of us with unveiled faces, seeing the glory of the Lord as though reflected in a mirror, are being transformed into the same image from one degree of glory to another.” God wants humanity to be free like the wind and to be transformed into his glory. The Labyrinth will be a place where God’s freedom is discovered and God’s glory is revealed.

We have come up with a budget of $50,000 for the renovations, equipment, furniture, and dishware we will need. The math is daunting. That’s going to require 100 donations of $500 or 50 of $1000. I have never raised more than $12,000 before, but I’ve decided to trust that what happened for my brother Sam can happen for us. We are going to do our renovation work in phases, starting with the most essential things that need to be in place this fall when The Labyrinth officially launches. Since God’s fingerprints are all over the process by which this vision has come together, I have no doubt that he will move the hearts that need to moved to make this happen.

Please click here to help us make this dream happen!

May 16, 2018
Have I Failed as a Pastor if My Students Don't Quote Scripture?
Next Post 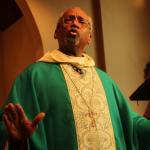 May 19, 2018 Imagining a World Where Love is the Way (HT Bishop Curry)
Recent Comments
0 | Leave a Comment
Browse Our Archives
Follow Us!