Today, the NFL announced that NFL teams will be fined if their players kneel for the National Anthem. It got me thinking about the way the National Anthem has become the most important religious ceremony in our culture. It’s definitely more important than communion. How many churchgoers this fall will start checking their watches during communion if it runs too long because they’ve got to get home to attend the event they actually feel religious about on Sundays?

I’m pretty confident that our church fathers would view putting your hand over your heart for the National Anthem as synonymous to offering incense to Caesar, which is what the early Christians were killed for not doing. The fact that so many white Christians today have incorporated “respect for the flag” into their “Christian” value system demonstrates the degree to which patriotism has secularized their Christianity.

Wait a minute, someone will say. Isn’t the word “secular” always supposed to be paired with a word like “liberal” or “humanist”? How is it secular to stand for the National Anthem? It isn’t necessarily. The question is where the center of gravity lies in your ethical system. Overly pious patriotism is the fruit of an ethical system built on respectability rather than the mercy and justice to which we are called by the gospel of Jesus Christ.

You can build a “biblical” gospel out of respectability. Just interpret everything you read in the Bible according to that lens. Instead of hearing the good news the Bible has to share about God’s unconditional grace, string together the parts that give you a way to conduct yourself properly and make that the whole story. The idea that people should be “grateful” enough to our military that they don’t engage in political protest during the National Anthem belongs to this gospel of respectability. There’s nothing actually in the Bible to support the idolatry of a secular song, just like there’s nothing actually unpatriotic about practicing one of the sacred freedoms that are supposed to make America great.

So if someone is going to argue that being a Christian requires doing something that the earliest Christians would have chosen to be thrown to the lions for refusing to do, then I’m going to say your Christianity has been secularized. 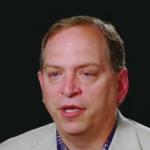 May 23, 2018
Why Did Patheos Evangelical Push Out A Whistleblower Blog?
Next Post 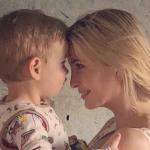 June 1, 2018 Mommy-Shaming Ivanka Trump Doesn't Make Immigrants Safe
Recent Comments
0 | Leave a Comment
Browse Our Archives
get the latest from
Mercy Not Sacrifice
Sign up for our newsletter
POPULAR AT PATHEOS Progressive Christian
1