Today is the day our country celebrates the conquest and genocide of native Americans at the hand of Europeans signified by Christopher Columbus’ “discovery” of the “new world” in 1492. Within a few decades of Columbus’ initial contact, the original inhabitants of the island that Columbus named Hispaniola had been almost entirely wiped out through brutal slavery and genocide. What should bother us a great deal as Christians is the way that the brutality of European colonialism was completely intertwined with the ethos of Christian evangelism for Columbus and other European conquistadors.

Consider this paragraph from Columbus’ letter to King Ferdinand celebrating his conquest:

And thus the eternal God, Our Lord, gives to all those who walk in His way triumph over things which appear to be impossible, and this was notably one… since Our Redeemer has given the victory to our most illustrious King and Queen, and to their renowned kingdoms, in so great a matter, for this all Christendom ought to feel delight and make great feasts and give solemn thanks to the Holy Trinity, with many solemn prayers for the great exaltation which they shall have in the turning of so many peoples to our holy faith, and afterwards for the temporal benefits, because not only Spain but all Christendom will have hence refreshment and gain.

In other words, the ostensible purpose of seizing the land of a group of people Columbus didn’t recognize as fully human was to enact “the turning of so many peoples to our holy faith.” Columbus acknowledges the “temporal benefits” of the theft of the land’s natural resources as a sort of secondary added bonus.

But what made my heart ache the most was to see Columbus’ description of the gentleness of the natives he interacted with:

They are so guileless and so generous with all that they possess, that no one would believe it who has not seen it. They refuse nothing that they possess, if it be asked of them; on the contrary, they invite any one to share it and display as much love as if they would give their hearts.

When I look at these words, I see an analogue of the highest level of sanctified Christian community described in Acts 2. And it’s impossible not to ask what did they lack that they needed to receive from a white man telling them about Jesus. Certainly Columbus’ account of the native people is an oversimplified romanticization, but nonetheless it unsettles the doctrine of total depravity within Christianity. According to mainstream Christian theology, people who have never been exposed to the gospel ought to be demonstrably wicked. They shouldn’t be living in a way that emulates sanctified Christian community if they really are hopelessly wicked without Christ.

Columbus says that his hope is that the natives “might become Christians and be inclined to the love and service of Your Highnesses and of the whole Castilian nation, and strive to collect and give us of the things which they have in abundance and which are necessary to us.” In other words, “becoming Christian” means giving European colonists what they want.

I’ve read a lot more about European colonialism than this one letter Columbus wrote to King Ferdinand. I wrote a seminary term paper on a debate between Bartolome de las Casas and Juan Gines de Sepulveda about what Spanish colonists should do with the natives. Time and time again, I have seen Christian evangelism completely intertwined with European conquest. Willie Jennings illustrates this to a devastating degree in The Christian Imagination: Theology and the Origins of Race.

Whatever theological resources Christian orthodoxy had to offer Europeans throughout the centuries of colonial conquest, they were inadequate to restrain the colonists from the brutality they committed. That’s why for me, the guiding question of my orthodoxy is not: does this conform to what Christians believed in the beginning? But rather: is this a Christian theology that could successfully resist colonialism?

To me, colonialism shipwrecks the simple orthodoxy of apostolic succession and original catholicity, because it reveals that Christian orthodoxy failed the millions of African, American, and Asian natives who were massacred by the colonialism that justified itself with Christian orthodoxy just as Columbus did. The litmus test of my orthodoxy is: what would someone like Christopher Columbus have needed to believe to see the natives he encountered as equals who were worthy of his respect and honor? I don’t think the brutality of colonialism is avoidable given the nihilistic Augustinian account of human nature we call “original sin.”

The ugly witness of colonialism compels me to imagine a Christianity that does not claim exclusivity, but recognizes a form of Christ in ways of living that emulate Christ even in cultures that do not know the Christ that I know. The Christianity that demands submission to my salvation narrative using my terminology in order to avoid eternal damnation is the Christianity that is capable of dehumanizing the other sufficiently to justify enslaving and killing them for their own good. That’s the awfulness I am confronted by.

It is partly because of the witness of our colonial past that I have come to a different understanding of the nature of sin. Colonial Christianity understands sin as a deformation innate to human nature which in turn justifies the dehumanization and conquest of non-Christian cultures who are without hope of moral virtue unless they receive the Christian gospel specifically.

I do not see humans as deformed by nature but rather as corrupted by their socialization into demonic social systems such as patriarchy, nationalism, white supremacy, and individualist consumerism. Salvation describes my liberation from mindless enslavement to sinful social orders. I understand my salvation to occur through my crucifixion and resurrection with Jesus Christ. It is not merely something he did for me, but rather a spiritual transformation he inaugurated that I am invited to participate in. Galatians 2:19-20 is every bit as much a part of Christian atonement as Romans 3:23-25 is.

Paradoxically, I’ve found that an essential part of this salvation involves the renunciation of my need to have the right religion. A need for Christian exclusivity belies a justification that is found in doctrinal correctness rather than Jesus’ blood. If someone else is delivered from their culture’s corrupt social orders through some other mechanism, I don’t see why I shouldn’t rejoice with them in their liberation rather than tell them they have to do it my way. And furthermore, I don’t see how the latter can avoid creating a colonialist impulse that is only held back today by the secularization of European civilization which has basically saved Christians from our own genocidal legacy.

So this is where I find myself theologically. I cannot believe in the Christianity of Christopher Columbus that colonized and terrorized the non-Western world. And I don’t believe that Christianity has to be that way. So I dare to imagine a Christianity that loves and respects the indigenous other, that refuses to think like a conquering empire. 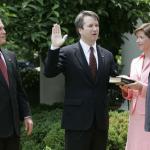 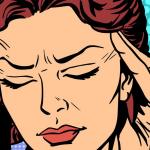 October 16, 2018 An Open Letter To the So-Called Exhausted Majority
Recent Comments
0 | Leave a Comment
"Curious, I thought that kind of second-guessing was a hallmark of allistic neurodivergence. If you ..."
hrurahaalm The Continuous Gaslighting Of An Autistic ..."
"1) There are millions of imaginary undetected and undetectable gods and goddesses and no authentic ..."
rationalobservations? Our Sin Is Not A Zero ..."
"Sin is defined as a transgression of a divine law. That being the case, the ..."
C Nault Our Sin Is Not A Zero ..."
"I will project character qualities onto Nick Sandman. He is an entitled, privileged POS who ..."
Jimhere Our Sin Is Not A Zero ..."
Browse Our Archives
get the latest updates from
Mercy Not Sacrifice
and the Patheos
Progressive Christian
Channel
POPULAR AT PATHEOS Progressive Christian
1