An Open Letter To the So-Called Exhausted Majority

First, I’m not sure whether you actually exist. You may be the invention of the same moderate pundits who have been writing all those feature pieces interviewing the same five working class white voters in the same mom and pop diner in Parkersburg, West Virginia.

Supposedly according to a recent survey, 25% of our population self-identify as ardent conservatives and 5% as progressive activists, while the rest are an “exhausted majority” who are more opposed to political correctness than any other issue. I’ve read multiple think-pieces now that cite the demographic data from this survey to claim that these “progressive activists” are wealthy, over-educated white people who are ruining everything, never considering that people of other races who fight for their own rights and needs might not mark themselves as “progressive activists” on a survey, because they’re simply engaged citizens who act in their community’s best interest and don’t feel particularly progressive or conservative beyond that.

It’s been a common narrative over the past century that all of our country’s political quarrels are really just debates between two different kinds of rich white people. Originally this narrative was explicitly anti-Semitic. White segregationists in the South claimed that they got along fine with their local blacks until the Yankee Jews came down and corrupted them with communism. Over time, Yankee Jews have been recoded as “politically correct coastal elites.” This narrative which presumes that only white people have political agency is incredibly racist and an incredibly effective political strategy for diverting attention from harmful government policies by making “elitism” the scapegoat for everything.

On the one hand, there are in fact some snobby white liberals and radicals who use political “wokeness” as social currency the same way they use other hipster forms of knowledge like obscure indie rock bands or craft beer labels to credential themselves. As I’ve written before, I have little patience for self-righteous white radicals. White woketivism is a toxic substitute for authentic solidarity-based organizing.

But the main thing I’ve seen happen over the past five years related to social justice advocacy is the way that marginalized people, especially people of color and the LGBTQ community, have built political power for themselves through social media. Because of this political power, it’s no longer safe to do racist things in public like calling the cops on black people for ludicrous reasons because you might end up on a viral video and get your own infamous hashtag. Nor is it safe to cat-call women on the sidewalk or send creepy emails to your coworker or grope girls at the dance club or dozens of other things people who look like me have always gotten away with.

I can understand how this “call-out culture” makes people anxious. It makes me anxious. It terrifies me to think that I could have a bad day where my poor thinking becomes a social media phenomenon that changes my life forever. As a pastor, I don’t believe that people should be fired from their jobs and cast out of their communities for making a single public mistake, even if their mistake involves racism, sexism, or homophobia. I would much rather see learning, repentance, and restorative justice occur than utter social annihilation.

But here’s the thing. Before social media created this new form of public accountability, people who look like me got to push around people of other races, genders, and sexualities and put them through all sorts of daily humiliations and injustices that they had to absorb without complaining or pushing back, because the cost was too great. People who don’t look like me have been exhausted by our social climate for a very long time. If you’re a white person who wants to have your eyes opened, you need to read Austin Channing Brown’s I’m Still Here: Black Dignity in a World Made for Whiteness. I did an interview with her here.

What struck me about Austin’s story is the way that she has to walk on eggshells everywhere she goes. She has to constantly reassure her white friends and colleagues that they’re doing a good job of being good white people because they melt down otherwise. And if she loses her cool for just a second and says something even slightly curt or blunt, then she becomes the Angry Black Woman.

Based on my interactions with marginalized folks like people of color and the LGBTQ community, I don’t think what they want from people who look like me is for us to always use the perfect terminology and have the wokest political analysis of every situation. I think what they want us to be is humble, gracious, and teachable. The thing that makes everybody exhausted is when people are speaking and acting out of a need to be right all the time. That need to be right is the thing that I most need to be saved from. When I’m okay with being wrong and letting others teach me something, I’m less exhausting to them.

So if you’re feeling exhausted and you’ve got a set of people you’d like to blame for your exhaustion, maybe turn that around and think about what you can do to be less exhausting to others. 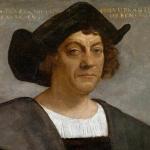 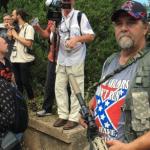