Our Virginia annual conference happened in Roanoke this year. As I drove from my parents’ house in Durham, my GPS routed me through some small towns in the Virginia foothills off the beaten path. And I came across a church sign that was very clever and expressed a sentiment that seemed worth pondering. It said, “Sugary preaching leads to truth decay.”

One of the favorite passages of conservative evangelicals is 2 Timothy 4:3: “For the time is coming when people will not put up with sound doctrine, but having itching ears, they will accumulate for themselves teachers to suit their own desires.” In their understanding, that’s what progressive Christianity is about: tossing out sound doctrine in order to preach sermons that accommodate the desires of people in the congregation in conformity with the fads of pop culture, LGBTQ identity being understood as the trendiest fad of the day.

I definitely agree that accommodating our listeners’ confirmation bias is a danger in our preaching. But what’s “sugary” or what scratches “itching ears” is not as straightforward as it may seem. Furthermore, there’s also a danger in coming up with a negative definition for how we should approach preaching: avoiding any good news that seems too sweet. If you think that bitterness is the measure of truth, then you’re going to create a God who is more bitter than God really is.

What I was taught in seminary is that the role of Christian preaching is to proclaim the good news of what Jesus has done, continues to do, and promises to do in the world. That’s where the focus of the sermon is supposed to be: the hope that we have in Jesus Christ (not on our goodness or badness!). It’s not just supposed to be a motivational speech in which the preacher either criticizes or praises the congregation to cajole them into doing good. If there’s no Jesus-based hope in the sermon, it may be a valid and important speech, but it’s not really a Christian sermon.

When we talk about difficult truths of our lives in our preaching, we do so with the purpose of helping our listeners get to the hope of Jesus. If we dance around painful realities, it makes our message farcical, so we name what’s hard and even what’s impossible to face and we grasp at whatever hope Jesus seems to bring to that space.

One major obstacle to receiving the hope of Jesus Christ is when I live in the delusion that I’m perfectly self-sufficient just as I am and don’t need any hope because everything is perfectly fine. So there is a place for calling out sin and breaking up the spiritual dirt of the congregation so that a seed can fall into it and take root.

But here’s a tricky thing. It can be very easy for churches to get addicted to the “sugar” of a “hard” word that’s preached against other people. One form of spiritual stagnation is when I go to church to experience the catharsis of hearing the preacher rant and rave about other people’s sin so that I feel like I’ve paid my dues for my own sin by listening to an angry man yell for half an hour (and thus don’t need to do anything else). There’s more than one kind of “sugar.”

The liberal churches I’ve worshiped in over time actually mostly didn’t do what the conservative churches assume that they do: preaching about an overly gentle, nice Jesus who has zero expectations. Liberal churches often preach “hard” words about the social injustice that those conservatives are perpetuating. I’ve written some charged up pieces about political issues on this blog and social media, but one thing I try to never do is bash the “other side” from the pulpit because I see that as mostly worthless from a discipleship and evangelism perspective.

Again though I have to qualify this a little bit. One of the deep, good words that Jesus often preached to socially ostracized people is They’re wrong about you. He railed against the religious authorities in Matthew 23 not because judging them was his focus, but as part of saying to the tax collectors and prostitutes, “You are the ones to whom the kingdom of God belongs.” Of course saying they’re wrong about you is different then saying they’re so terrible; let’s build our religion around judging them together. When Jesus says they’re wrong about you, his focus is saying don’t believe the lies you have internalized because I will give you victory over all of them.

I did a word study one time on the Hebrew word yashua, or salvation, that is the basis for Jesus’ name. When I looked throughout the dozens of Old Testament references, it seemed like the connotation of “salvation” in Hebrew is when you’re a battlefield and all is lost until a hero appears on the horizon and wipes out your enemy miraculously. So when we talk about the hope that Jesus brings, we’re talking  about the battlefields of our lives where we are getting our asses kicked and how we can expect Jesus to show up and destroy our enemies, whether internal or external — our own individual sin and complicity in systemic sin, or the people and systems who are actively oppressing us.

A sermon that’s “sugary” is one that disregards the battlefield deliverance that we all need from Jesus. If it’s all about other peoples’ battles, that doesn’t help me. If there is no battle in the sermon, that doesn’t help me either. But we don’t need to proclaim a bitter God to safeguard against a “sugary” sermon. The solution to shallow, inorganic sweetness is not bitterness.

The real gospel has an organic sweetness that doesn’t need any sugar added. It’s 100% spiritual fruit juice instead of spiritual high fructose corn syrup. Just as there are many forms of highly processed junk food with zero nutritional value, there are many ways to preach a sermon that will not inspire Christian discipleship. The goal is to inspire. Not nag. Not flatter. Not shame. But inspire. And we do that by offering the hope that Jesus brings. 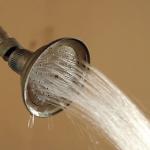 June 12, 2019
Sexual Abuse and Religious Authority in the SBC: One Survivor's View
Next Post 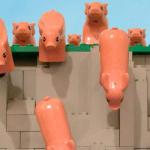 June 26, 2019 The Time Jesus Crashed An Economy To Heal An Outcast
Recent Comments
0 | Leave a Comment
Browse Our Archives
Follow Us!