Conversion (or Metanoia) of Paul?

Conversion of Paul is January 25—but how did he “convert” when he remained Israelite all his days?

Conversion, as it applies to Paul, is one of many things about which there exists much spurious familiarity. We celebrate “the Conversion of Paul” every January 25, but perhaps we should think of it as the feast day celebrating the Metanoia of Paul, or maybe, the Commissioning of Paul. Conversion is about changing groups, especially religious groups. From what group did Paul, the Israelite, leave? And to what group, different than his original group, did Paul join?

Nothing Jewish or Christian in the First Century

Contrary to much spurious familiarity and popular misunderstandings, Paul was not a Jew—as we have explained before, there is nothing Jewish before ca. 500 CE. Additionally Paul also was not a Christian. There were no Christians before 325 CE. The first followers of Jesus were barbarian Israelites who followed his way in a political-religious coalition. Hence these sons and daughters of Israel called themselves “Followers of the Way” (as remembered in Acts 9:2; 19:9, 23; 22:4; 24:14, 22). And outsiders? They pejoratively called these Israelite followers of Jesus christianoi (Acts 11:26; 26:28; 1 Peter 4:16-17), a slur.

What then should we call followers of Jesus living before Constantine and the Council held at Nicaea (325 CE)? Perhaps Messianists, suggests Dr. John Pilch and his colleagues, the Context Group of biblical scholars. The reason? They were predominantly Judaeans (Ἰουδαῖοι) who accepted Jesus as messiah.

So Paul, therefore, was a “Messianist.” He never calls himself a Judean in his seven authentic letters. He does, however, claim Judean birth (Galatians 2:15; Philippians 3:5; 2 Corinthians 11:22). Paul saw the world divided between Israel and every other people (ta ethne, the out-group). He saw the Israelite part of the world likewise divided, consisting of Judeans and Hellenes (not the mistranslated “Jews and Greeks,” as there were no Jews or ethnic Greeks in the first century—Romans 3:9; 10:12; 1 Corinthians 1:24; Galatians 3:28).

Whereas Judaeans were Aramaic-speaking barbarian Israelites, following Judaean custom and living in Judaean lands, Hellene Israelites were different. First off a Hellene could be any Mediterranean who was cultivated, speaking any Hellenic tongue, and who practiced some Greco-Roman customs. In other words, a Hellene was a civilized person of whatever people, Roman, Egyptian, Macedonian, Israelite, etc. Therefore “Judaean and Hellene” in the New Testament do not refer to country or state, but to status.

There needs to be a “conversion” in how we think about Paul and his mission. We will “convert” from a received view about Paul into one informed by the social sciences, especially the scholarship of John Pilch. Let’s clear up some spurious familiarity concerning Paul.

Conversion One—Paul was NOT a Roman Citizen!

Paul lived in Tarsus according to Acts 21:39. It is true that several passages in Acts indicate that Paul enjoyed Roman status also (“citizen” would be anachronistic, Acts 16:37; 22:25; 23:27). But this is a Lukan spin—someone with genuine Roman status could never have been exposed to the abuses Paul endured (cf. 2 Corinthians 11:24-25).

In his own seven authentic letters, Paul never refers to himself as “a Roman citizen.” These letters conflict and contradict the portrayal of Paul in Acts. Pope Emeritus Benedict XVI and the Steggeman brothers, Wolfgang and Ekkehard, have indicated that Acts’ portrayal of early Church figures is a “literary fiction.” The Lukan Paul seen in Acts is largely fictive—the Lukan Paul and the historical Paul are quite different. Pilch suggests that “Luke” was not unlike a “James Carville” or “David Axelrod” for Paul.

“Luke” describes Paul as a Mediterranean jet setter. The Lukan Paul has great disposable wealth. But his own letters give no basis for this fiction and instead express a very different story. There Paul struggles working as an artisan needing others for financial support (2 Corinthians 11:8-9; Philippians 4:10ff). The historical Paul may have been barely above subsistence level—along with approximately 90 percent of the population.

Consider carefully Philippians 3:5-6. How did ancient people identify themselves? Generally speaking, it was by way of gender, genealogy, and geography that first century persons did this. Whereas gender and geography are implied by Paul in Philippians, he specifies genealogy. He covers this in kinship—he is an Israelite, specifically a Benjaminite, belonging to a family devoutly practicing Judean customs. Paul also expresses his fictive family affiliation, as a Pharisee.

We shouldn’t throw away what “Luke” says about Paul in Acts. But our primary focus must be Paul’s seven authentic letters (2 Corinthians 11:22). As far as biographical information about Paul is concerned, the letters take preeminence.

The stories of murderous Paul ravaging the earliest churches has been colored by centuries-later Empire-wide genuine persecutions under Decius (d. 251) and Diocletian (d. 311). Historically, Paul sought to pressure back into conformity Israelites who were continuing in the Jesus Movement in the early 30s of the first century CE (Galatians 1:12-14, 22-23; also Acts 7:58—8:3). In this way, Paul persecuted (or abused?) his fellow Israelites who belonged to Jesus Groups in Judea.

Conversion Five—Paul was Commissioned by God as Change Agent

Paul insists in his own seven authentic letters that his authorization and commissioning come directly from the God of Israel.

Galatians 1:1—
Paul an apostle—not from man nor through men, but through Jesus Christ and God the Father, who raised him from the dead…

Paul explains that his authorization and commissioning came to him via a revelation:

Galatians 1:12—
For I did not receive [my gospel = innovation] from man, nor was I taught it, but it came through a revelation of Jesus Christ [messiah, Israelite political religion].

Consider carefully Galatians 1:15-17. There was “conversion into Christianity” for the historical Paul. How could Paul “convert” to Christianity if Christianity did not exist until after 325 CE? Did Paul join the Body of Christ (i.e., the Jesus Group)?  Yes. But he did not switch religions, from Judaism to Christianity. This is a metanoia, not “conversion.” In conversion someone moves from one group into another. But Paul never ceased being an Israelite. And while he did tolerate non-Israelite Jesus group members, he didn’t care about them, really.

Romans 1:1-6
Paul, a slave [controlled by Jesus, messiah] of Jesus Christ [messiah, Israelite office of political religion, controller of Paul], called to be an apostle [one commissioned as an emissary and change agent sent to diffuse some innovation], set apart for the gospel [=innovation] of [the] God [of Israel, the change agency]  which he [the God of Israel] promised beforehand [to Israelites] through his [Israelite] prophets [authorized spokespersons] in the holy scriptures [of Israel—this assumes his audience is familiar with this tradition, i.e. they are Israelites], the gospel [innovation] concerning his Son [the broker mediating between Israel, the client, and God, the patron], who was descended from David according to the flesh and designated Son of God [divine broker] in power according to the Spirit of holiness by his resurrection [a Persian idea adopted by Yehud after 537 BCE—Pharisees = Farsi = Persian] from the dead, Jesus Christ our [Cosmic] Lord, through whom we have received grace [favor] and apostleship [commissioning and authorization to proclaim and disseminate the innovation] to bring about the obedience of faith [loyalty] for the sake of his name [HONOR] among all the nations [that is, for those Israelites living among all the nations in the Western diaspora], including yourselves [Israelites] who are called to belong to Jesus Christ [messiah]…

In the case of Paul, the God of Israel or “change agency” (1 Corinthians 1:1) commissioned Paul, the “change agent,” to proclaim the innovation or “gospel of God” (Romans 1:1). This innovation was something entirely new. This is why we can legitimately think of Paul as a change agent, a person sent is to communicate and diffuse some innovation. “Apostle” is a term laden with 2,000 years of theological and devotional freight. So long as we understand this along with the information provided here, we can speak of Paul “the Apostle” and of his “conversion.”

Paul’s clients? They were Israelite emigres living as minorities among non-Israelite majorities. His field of evangelization is the Mediterranean, where these Israelites have been living, dressing, speaking, and behaving indistinguishably from those they live among save for their Israelite self-identification.

As just mentioned, Paul worked the Mediterranean. Ancient Israelites were not fixed in the land of Israel—they had lived abroad, spread out for centuries before Jesus’ days. They had spread eastward from Palestine to the Chaldeans. And they spread out also in the direction of the setting sun—as far as the Pillars of Hercules, through North Africa and what is called today “southern Europe.” Paul was not sent to the east, but rather westward.

There is a reason why our New Testament is Greek. In the Eastern spread of Israelites, Aramaic was the preferred tongue and literature (be it Oral Torah, Targumim, and eventually, centuries later, the Talmudim). But in the West, where New Testament Jesus groups flourished and evolved, the Israelite emigres, people not observant to Torah, spoke Greek and read from the Greek Septuagint.

Every culture recognizes holy persons (called shamans by anthropologists). Despite the ethnocentric blinders among Western cultures, these figures have access to alternate reality, the world of spirits, via altered states of consciousness. Shamans, whatever their emic designations in various cultures, are adept at inducing such altered states in themselves and others. They are capable of navigating between the worlds and can broker divine gifts, such as healing and information. In the Israelite tradition, such a holy person was called either a saddiq or a hasid. Paul was such a figure.

If we approach Paul through fresh eyes and we take his approach and his presumptions seriously, respectfully, on his own terms, we arrive at quite a different figure from the received view. We see that his audience, from a massively illiterate time, was deeply familiar with Israel’s story and scriptures, and they were familiar with it in Greek.

The essential task of Paul becomes clear also—Paul was to diffuse an innovation among these enculturated “Greek” Israelites. What was it? This—the God of Israel, disclosed in the resurrection of Jesus, appointed Jesus messiah of Israel and the Cosmic Lord. Messiah Jesus is coming soon—any day now!—to establish Israelite theocracy.

January 23, 2020
Sayings of Jesus Grew Into Gospel Stories
Next Post 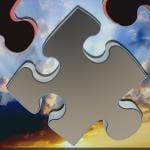 January 30, 2020 Difficulties! Gospels Cannot be Biographies!
Recent Comments
5 Comments | Leave a Comment
"It doesn't."Eastern European Jewish" is an ethnicity. Not all EEJ's are religious. Some are atheists. ..."
Claire Cavy Genocide Is Okay For Palestine?
"Does anyone know if FDI is still working?I am not on Facebook or anything like ..."
Ame Understanding Apocalypse & Its Creatures
"I hope you are well and still with us, Mr. FDI."
Ame Understanding Apocalypse & Its Creatures
"I was only able to admire JPII when he was dying and didn't act ashamed ..."
Karen Silver Who Is Worthy of the Eucharist?
Browse Our Archives
get the latest updates from
Messy Inspirations
and the Patheos
Catholic
Channel
POPULAR AT PATHEOS Catholic
1