Fundamentalists claim to be big on truth and why it matters, but their rationalistic obsession with certitude shows their true colors.

Fundamentalists must get the first things right! But let’s really look at our Christian foundations. Doing that honestly, fundamentalists would see that they are really worshiping the false god “certitude” rather than the true God. Fundamentalists imagine that the world needs fixing from his or her absolutist framework. And their fellow baptized who disagree with them, or who don’t believe in exactly the same way they believe? These are dissidents, heterodox, “liberals,” “caffeteria,” “modernist,” and other “horrible things.”

Rejecting deep awareness and spirituality that seeks balance, fundamentalists crave easy and fast explanations. They enjoy make-believing they have absolute certainty as far as answers go. The fundamentals of fundamentalists are warped into self-serving the ego right from the start. And there are Catholic fundamentalists… watch the video here:

Story and Questions for Fundamentalists

The story below and the questions that follow bear repeating, so I am making it available once more. I am grateful to an old friend and mentor for relating it to me. The events it describes happened over a decade ago. The culprit who acted in terrible disrespect boasted to my friend about his actions. Here it is…

Once upon a time, not too long ago, a university employee and graduate student (who now happens to be a high-ranking member of the Southern Baptist convention) attended Mass at a nearby Catholic parish. I should say that this person was energetically anti-Catholic. He had entered the liturgy with the sole purpose of obtaining a consecrated Host for a special purpose, and not that of the Church.

It was toward the end of mass when this fellow entered the church. He quietly got into a communion line. Once in front of the Extraordinary Minister of Communion, he received the Host on the tongue as he had watched people do on EWTN many times. Then, without swallowing, he quickly exited and got into his car.

From the glove compartment he took out a prepared Ziploc bag and spit the Host into it. He sealed the bag. A Biology major (and Creationist besides!), he drove to the university, and placed the semi-dissolved Host on a Petri dish. He next began to observe the material through a microscope. His preconceived idea was confirmed: it was carbohydrates only.

In triumphalist bombast, the next day he celebrated his sacrilege to his fellow Christian collegians. “I knew it all along!” He exclaimed, gleefully. “This disproves the false doctrine of the Real Presence! The physical substance is nothing but bread!!”

What do you think? Was the anti-Catholic right? Did he really disapprove “C” Catholic teaching?

By the way, like all Christian fundamentalists, the anti-Catholic in the story above firmly believes that every human person has a soul. Do you? What if we extracted blood from this man and put it under a microscope? Would we rightly say that he had no soul because clearly all we see inside him is physical matter?

This anti-Catholic also believes that God is sovereign and controls the universe. Likewise, he believes the risen and ascended Jesus is God and Lord over all creation. Imagine we use a space telescope to look out deep into the cosmos. When we fail to see the face of God out there, should we conclude that God is a fantasy and Christ is a lie?

The man believes that Jesus’ Resurrection wasn’t only a bodily reality, but was physical too. And thus he believes that the Ascension was a literal space travel. When we tell him that we cannot find the Risen Jesus by space telescope, nor pinpoint his trajectory and velocity, should he repudiate Christianity?

This anti-Catholic scientist, despite being a biology major, holds dearly that the planet earth and universe are only a few thousand years old. To him belief in creation means belief in Creationism. So what if we used solid science to demonstrate the absurdity of that belief? Should he cease believing and become an atheist then because of the failure of his Creationist beliefs matching reality?

Having read this sad story, how do you understand the Church’s chosen adverbs—truly, really, and substantially—used to describe the Real Presence of Jesus in the Eucharist (DS 1651)? Let’s say, typical of many Catholic fundamentalists, you insist that “substance” in the Church’s teaching on the Real Presence means a physical-chemical substance. What happened then with the anti-Catholic’s experiment?

Do you believe that at the words of consecration spoken by a validly ordained priest or bishop celebrating the mass, a physical and chemical change occurs to the bread and wine? Do you believe that “Real Presence” and “transubstantiation” represent a real physical change in the host? But if that gets disproved, what then becomes of your faith?

Thomas Aquinas speaks of the possibility of Eucharistic wonders. Such wonders fascinate many. They are brought up ad nauseam every Corpus Christi in “homilies.” Aquinas says that if God wanted to, God could manifest a real physical change in the consecrated elements. For instance, Aquinas claims that God could physically or chemically change the material structure of the Host into blood or heart tissue or the appearance of a recognizable face! But according to Aquinas, even in such wondrous cases, the blood and flesh manifested cannot be the real properties of the risen Jesus who bleeds no more.

Given all that, what becomes of your beliefs?

Concerning the Faith of Fundamentalists

But faith is not rational. This is because faith cannot be proved through reason alone. It is not as if an unprejudiced observer, under the impact of logical arguments, would be forced to mentally assent to it, otherwise violate her own integrity. This is what many popular Catholic authors, speakers, and so-called apologists would have us believe. They present revelation and faith as achievable through reason alone, thereby making conviction into a natural act. But the Second Council of Orange condemned this position in 529 CE.

Those who seek to defend the faith should get the fundamentals concerning apologetics right. Real apologetics is that branch of theology that shows the faith to be reasonable, or not absurd. Moreover, real apologetics shows belief and life in Christ to be convincing, relevant, and inviting. What it never does is attempt to prove to metaphysical certitude the truths of the faith or demean and denigrate as stupid or diabolic other faith traditions. To do that is something other than apologetics or evangelization, namely, the machinations of proselytism.

Ask a fundamentalist Catholic to explain what “proofs” mean to Thomas Aquinas, such as his famous “five proofs.” Quite likely, they will present something alien to what Aquinas actually had in mind.

We will go a little deeper with fundamentalism tomorrow…

July 5, 2020 Apostolic Succession: What It Is
Recent Comments
0 | Leave a Comment
"Jesus friend, is either a Liar, Lunatic or Lord, and its pretty evident where you ..."
Frank Holzhauser Intellectual Sage or Real Jesus?
"Interestingly, you are the one who over and over again has presented all depictions of ..."
alwayspuzzled Alien Jesus is Counterfeit
"You are telling Jesus, the infinite Son of the infinite God, that He is not ..."
alwayspuzzled Alien Jesus is Counterfeit
"I really wish you would stop with the ableism insults."
Ame Alien Jesus is Counterfeit
Browse Our Archives
get the latest from
Messy Inspirations
Sign up for our newsletter
POPULAR AT PATHEOS Catholic
1 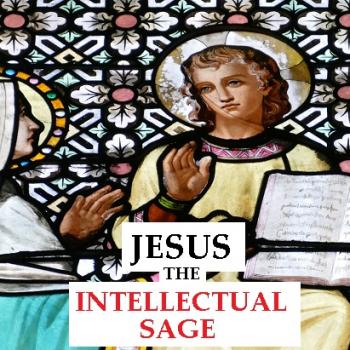 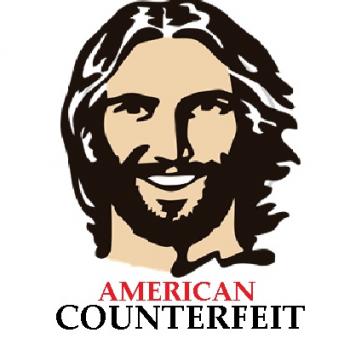