Why “Matthew” Wouldn’t Care about You.

Matthew, his Gospel, and Jesus within it, only had Israelite concerns and zero use for Gentiles.

Two decades ago, an angry young man, once homeless and humiliated, stopped living in his car and got a job at his college campus. He acquired this new job from his honors program, put on ice while he survived in his car. So he worked as a tutor and note-taker for disabled students on campus. But that was just cover for his secret identity.

You should know that this angry young man really had experienced God’s saving love while he was homeless. But he had been bullied at a bookstore by misguided Christians who condemned his denomination and tradition. Nevertheless, God came to heal the angry young man in his car that night. And some healing did happen, certainly. Unfortunately though, this angry young man was far too hurt and much too invested in his ego-project to allow God to heal him fully. So with just a taste of God, he imagined himself a superhero commissioned to defend the faith. Off he flew, cape and all. Yes, he was freaking crazy.

At college, when the ex-Catholic Baptist and Pentecostal South American students saw his big ol’ green Catholic Bible, they began to grill him for it. But the angry young was ready for them. He hammered them with Karl Keating and Scott Hahn. He shot them full of proof-texts. They went back spinning. Most said he was “confused” and never spoke to him again, but not all! Some had never heard this stuff before! But they tested him further, inviting him to their churches, meanwhile setting ambushes for him. But Catholic Batman was ready. Soon the angry young man was fighting at Iglesia Bautista, battling until 5 am Saturday mornings in Bible Wars debating deacons and pastors.

Who among them would blink first? Everyone was unshakably certain. Everyone was convinced that their truth was clearly taught by Scripture. They were all addicts to being right. Fundamentalism, you see, is not an intellectual problem, but a psychological one.

Happily, reality is different. Eventually, after much unpacking of the Mystery revealed in Christ, the Church gradually understood better God’s universal saving love. We continue unpacking, continue widening and broadening horizons of hope and love. It’s true that God’s saving love is made for all creation—“c” catholic in the truest sense of the word, both universal and diverse. But it is false to think that Paul, “Mark,” or “Matthew” were universalists, even if the Spirit is, and the Risen Jesus is.

A lens of anger, ego, and spurious familiarity clouded the angry young man’s vision as he read his Bible. So too various ideas obscured the Scriptures for his fundamentalist opponents. Despite interpretting it very differently, they all were convinced that they understood and lived by the “Great Commission” of Matthew 28:19—

RSV Matthew 28:19
Go therefore and make disciples of all nations, baptizing them in the name of the Father and of the Son and of the Holy Spirit…

If you asked the angry young Catholic 20 years ago what that verse meant to him, he might very well respond that it was a personal call to make everyone on Earth a Roman Catholic. To him, the passage was obvious.

But is that really what the anonymous, unknown scribe we call “Matthew” meant?

The Beginning & End of Matthew

What’s going on at the end of “Matthew”? The eleven arrive at the last of five mythical mountains featured in this Gospel (sorry, Holy Land tour guides, but you’ll never find it on a map). By giving a proclamation from sky vault (mistranslated as “heaven”), the risen Jesus eliminates the doubts in his followers. He shows them that God transformed his status from shamed and crucified criminal to messiah and cosmic Lord.  Just as Chronicles, the end of Israel’s Scriptures, closed with an edict (2 Chronicles 36:23), so too does “Matthew.”

Look at how “Matthew” began in verse 1:1—“Biblos geneseos Jesou Christou…” It starts by saying “Book of Genesis of Jesus Messiah.” It bookends and connects to the final verses, which has Jesus saying, “till the end of the age” (Matthew 28:20). In other words, “Matthew” starts and finishes with a totally Israelite beginning and ending. As we just stated, 2 Chronicles ended the Scriptures of Israel. And just as the edict of Cyrus closed those Hebrew Scriptures (2 Chronicles 36:23), so too “Matthew” closes with the edict of Cosmic Lord Jesus (Matthew 28:18-20).

The Matthew and Chronicles Connection

Moreover, “Matthew” bears other strong connections with Chronicles. The pattern is the same! Chronicles begins with a genealogical pedigree; so too does “Matthew.” Chronicles ends with an edict from a messiah and lord (Isaiah 45:1; 44:28) bearing power over all earthly kingdoms (2 Chronicles 36:22-23; see Ezra 1:1-2). “Matthew” follows Chronicles exactly in this regard.

“Matthew,” crafting his Gospel text, next presents his readers with a new Torah from a new Moses, Jesus. Just as Moses was thought to have five books, so the Matthean also Jesus gives five main speeches (marked off by the formulaic Matthew 7:28; 11:1; 13:53; 19:1; 26:1).

By the way, who in the first century Mediterranean world could possibly get these puns outside Israelite circles? Only Israelites drenched in the context could do so. Obviously, “Matthew” wasn’t writing his Gospel for non-Israelites.

Context Group scholars Bruce Malina and Richard Rohrbaugh invite us to respectfully read Matthew 28:19. In order to do that, we simply must interpret the edict there as a high-context statement. American fundamentalists are particularly terrible at such respectful reading.

In other words, inspiration does not eliminate cultural and historical limitations and messiness. So if Biblical culture (i.e., Mediterranean culture) is high context and produces high context literature, God’s living breath won’t conveniently alter that for American readers. If American readers, low context people, get tripped up by high context literature, don’t expect that to stop just because God inspired the Bible. We must take the prefix “in” seriously.

Israelites Living Among the Nations

Are the disciples ordered by the Matthean Jesus to make disciples “of all nations”? That’s what most people think in their spurious familiarity. But most people are wrong. That’s not what the Greek says.

Improved Translation Matthew 28:19
Go therefore and make disciples [of Israelites living] among all the peoples, dipping them in the name of Father and of Son and of holy spirit…

So, “Matthew” closes his Gospel with his Risen Jesus commanding the disciples to go beyond the regions of “the Land of Israel.” Is that a universal mission? No way! We are not there yet, folks. Rather, the eleven are commanded to go to Israelites living among all peoples (ethnē). That Greek word ethnē, from where we get our word ethnic, has a wide range of meanings depending on the context. More on that in the next post!

Grammatically, the command is “to make disciples among all the peoples,” not “of all the nations.” Throughout the Roman Empire, numerous Israelite emigres resided—the Matthean Jesus group acknowledges that these non-Torah observant Israelites belong to the forthcoming Theocracy also.

Explaining the End of Matthew

Why does “Matthew” end like this? Well, it clarified (and justified) how the Matthean Jesus group came to be! Members of Matthew’s Jesus group were all Greek-speaking civilized Israelites. They became followers of a barbarian Israelite Messiah despite having never once lived in the land of Israel!

That’s what Matthew 28:16-20 is saying. The people in that Jesus group, reading their own occasional Gospel, are the ones the Matthean Jesus speaks about. They were the Israelites living among the peoples! Watch the video:

Sorry, but the angry young Catholic man was wrong. And his Baptist and Pentecostal sparring partners were also wrong. All their arguments amounted to wasted hot air! Matthew 28:19 was neither written for them nor about them. And it wasn’t written for or about you, either. Get real, superhero.

Earlier, the Matthean Jesus limited the geographical reach of his political “Jesus Movement” to “the house of Israel” (the region of the Galilee, Perea, and Judaea, see Matthew 10:5-6).

Matthew 10:5-6
Jesus sent out these twelve after instructing them thus,
“Go nowhere among the Gentiles,
and enter no town of the Samaritans.
But go rather to the lost sheep of the house of Israel.”

Incidentally, by doing so, “Matthew” informs us to something rather uncomfortable to many 21st century American Christians—his Jesus wanted nothing to do with Gentiles.

Sometimes when we get exposed to new thoughts, especially concerning faith, the effects can be emotionally devastating. Having read this, what does it mean for me? Does that mean that Jesus doesn’t care about me? Accepting the Incarnation means accepting that Jesus is fully human, with historical and cultural limitations. As we will see, none of that tarnishes or eliminates his divinity. Have courage! This blog is called “Messy Inspirations” after all.

Next time, we will follow this up and also break through spurious familiarity with Matthew’s centurion! 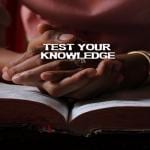 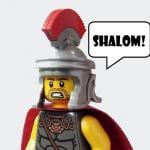 July 19, 2020 That Centurion Wasn’t Necessarily Gentile!
Recent Comments
0 | Leave a Comment
"It doesn't."Eastern European Jewish" is an ethnicity. Not all EEJ's are religious. Some are atheists. ..."
Claire Cavy Genocide Is Okay For Palestine?
"Does anyone know if FDI is still working?I am not on Facebook or anything like ..."
Ame Understanding Apocalypse & Its Creatures
"I hope you are well and still with us, Mr. FDI."
Ame Understanding Apocalypse & Its Creatures
"I was only able to admire JPII when he was dying and didn't act ashamed ..."
Karen Silver Who Is Worthy of the Eucharist?
Browse Our Archives
get the latest updates from
Messy Inspirations
and the Patheos
Catholic
Channel
POPULAR AT PATHEOS Catholic
1

Submissiveness: Wife to Husband or the Other Way...
Misogynists love to quote St. Paul’s admonition about the submission of wives...
view all Catholic blogs
What Are Your Thoughts?leave a comment
Copyright 2008-2021, Patheos. All rights reserved.