JPII: Disaster for the Church

The devastating report released by the Vatican forces Catholics to face the truth about JPII called “saint” and “great.”

Never doubt it. Pope JPII was a disaster for the Church.

Iron-willed. Demanding absolute authority and dominion. Convinced he was always correct. Impatient with anyone who would dare differ with him. That’s JPII, folks. Are these the qualities of someone who should be canonized?

Now add to this his greatest failure and betrayal of Christ—the sex-abuse crisis of the clergy. And what’s in the news today? Revelations from an earthshattering Vatican report that JPII knew of ex-cardinal Theodore McCarrick’s misconduct allegations two decades before he was defrocked. The pope did nothing for the victims. Instead, he enabled evil.

JUST IN: The Vatican admits the late Pope John Paul II was warned of abuse claims against Theodore McCarrick but made him Archbishop of Washington anyway. The internal investigation largely appears to absolve the current pope, Francis, from blame. https://t.co/Osxlcxqiec

JPII: Swift to Act, When It Suited Him

But don’t kid yourself. JPII was no softy. When he perceived a threat to the Church, he hurled thunderbolts from Mt. Olympus. JPII was brutal with 20th-century theologians. Seeking to reverse Vatican II and restore the pre-conciliar status quo, JPII unjustly disciplined “threats.” He sought to silence and repudiate theologians like Hans Küng, Edward Schillebeeckx, Leonardo Boff, and Charles Curran.

But sex abuse committed by clergy on laypeople? “Keep a low profile, and here’s your Archdiocese to administer!”

Like his watchdog, Cardinal Ratzinger (later Pope Benedict XVI), JPII called his favorite doctrinal corners “irreversible” and “definitive.” Well, friends, we need to reverse a whole lot these days, starting with the damages done by the terrible papacy of John Paul II.

If you were a Catholic growing up in the 1980s and 90s, you very well might think of JPII as the definitive pope. Should you do so, like many of that generation’s Catholics do, it won’t be the result of critical reflection and looking at hard facts honestly. It’s much more straightforward—his devastatingly long papacy marked your earliest years to where it became unthinkable to have another kind of pope.

Plus, if you are shocked by what I am writing, you were probably cooked in an echo-chamber. Of course, being thrown into that bubble wasn’t your fault! Remaining there, however, is.

Canonizations of popes these days are a degenerate affair of Church politics. We must drop this nonsense that if a pope, then a saint. That’s dangerous idiocy. History records popes, some even teenagers, ruling secular kingdoms filled with torture and murder, with papal bastards managing affairs.

JPII betrayed Vatican II. His record speaks for itself. Look at the ultra-conservative bishops he appointed.

And his so-called wins also demand criticism. On the surface, it may appear as JPII apologized for sins the Catholic Church committed against the Jewish people, centuries of pogroms, violence, vituperation, and damning accusation. But looking deeper reveals yet another JPII failure. His theologically narrow understanding of “Church” (i.e., the hierarchy) never said or did anything wrong. It was the dumb, sinful laity that did that evil.

The Greatest Failure of JPII

Without a doubt, his worst sin and failure was the sex-abuse scandal on the priesthood. And we know now that JPII knew about the allegations of Cardinal McCarrick two decades before he was defrocked.

The report released today by the Vatican shows the devastating effects of clericalism. The way things continue to operate, clergy are the only ones that matter.

Go work for many a diocese and criticize the structures, and see what happens to you. I am a living testimony to the cruelty of an archbishop.

JPII and the Echo-chamber

Many worship JPII down in the United States. We engineer echo-chambers shrinking in members and concentrating in stupidity. In so many Catholic circles throughout the U.S., you must never criticize a priest, much less “the Great” JPII. Don’t you dare suggest that he sided with abusers over victims, disregarded complaints, and while savaging honest theologians kept discipline light with abusive monsters like McCarrick.

Well, sorry ultra-conservative bishops! The cat is out of the bag! Your beloved pope was informed in 1999 that Bishop McCarrick took advantage of young seminarians under his authority. And what did “Saint” John Paul “the Great” do? He rewarded McCarrick, making him the archbishop of Washington, and then a cardinal! This is institutional evil! And you are OK with this?

The secret official Catholic playbook must say, “to hell with the victims.” I have to believe that because it’s plainly evident in JPII’s dealings with Marcial Maciel Degollado and McCarrick. Whatever McCarrick said took precedence over little common folk who should keep their traps shut and “offer it up.” That’s the JPII way.

Clericalism is real, and it is deadly. Its effects aren’t limited to covering up clergy sex-crimes.

I worked 21 years in an Archdiocese where many priests embezzled parish funds and donations. Meanwhile, the laity, like a battered co-dependent spouse, kept enabling and making excuses. It’s a classic addictive relationship, where the co-dependent is drugged into a stupor by endless sentimentality and devotions.

I know priests who stole enough from South Florida parishes to purchase expensive homes just a county away. And then they stashed their secret lovers (and sometimes legal husbands) into those lavish homes. This on top of receiving endless stipends, meal tickets, vacation trips, 401(k)s, the best medical care, and on. Oh yes, add wage theft to parish employees and school teachers while holding a sword of Damocles over their heads.

And I know other heroic priests and laypeople driven into poverty for daring to oust or make public crimes.

What To Do About JPII?

Theological evolution needs to ontologically leap. We need to fast-track a mechanism to de-canonize JPII and repent of our grotesque clericalism. Immediately strip all schools, buildings, and institutions of John Paul II’s name for starters.

It is not enough to claim that McCarrick deceived the poor (yet somehow “Great”?) JPII, like George Weigel argues. JPII must come down! 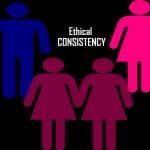 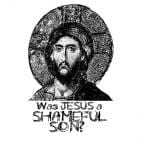 November 13, 2020 Perspective—Was Jesus a Shameful Son?
Recent Comments
0 | Leave a Comment
"It doesn't."Eastern European Jewish" is an ethnicity. Not all EEJ's are religious. Some are atheists. ..."
Claire Cavy Genocide Is Okay For Palestine?
"Does anyone know if FDI is still working?I am not on Facebook or anything like ..."
Ame Understanding Apocalypse & Its Creatures
"I hope you are well and still with us, Mr. FDI."
Ame Understanding Apocalypse & Its Creatures
"I was only able to admire JPII when he was dying and didn't act ashamed ..."
Karen Silver Who Is Worthy of the Eucharist?
Browse Our Archives
get the latest updates from
Messy Inspirations
and the Patheos
Catholic
Channel
POPULAR AT PATHEOS Catholic
1