Horrible homilies proliferate, but never so much as on Trinity Sunday and Corpus Christi.

Yes, horrible homilies suck. And throughout U.S. Latin-rite parishes, horrible homilies proliferate as Catholic rabbits hooked on TOB. Sadly, spineless jellyfish in the pews mistake cowardice for respect—speak up! Tell the little prince called “Father” (why?? Did he even earn being called that?) that he needs to be better prepared.

A homily is not a talk. It is also not stand up. If I wanted comedy in my morning, believe me, I would skip Mass altogether. Save the comedy for the nightclubs or liquor lunches, boys. No more horrible homilies that begin with a stupid joke, continuing with an imbecilic joke, and ending with a moronic joke.

But that’s how it has gone for a very long time, I’m afraid. We are well accustomed to bland, cheap-grace nonsense.

The Two Sundays for the Most Horrible Homilies

Not every parish gives horrible homilies. There are some excellent exceptions, to be sure. But mind you, I am not talking about those divisive hate-fests stewing in Trumpster garbage pretending to be homilies thundered out by priests like James Altman. Buh-bye, James.

For Trinity Sunday, many talks will be given about how we cannot understand the Church’s official teaching on the Trinity of God. “It’s a mystery!” will resound from ambos throughout this great land. But that’s not true. Indeed, the Triune God is Holy and Absolute Mystery, amen. In contrast, the Church’s teaching of the Trinity is definitely NOT a mystery!

But then again, apparently, it is for far too many “homilists.” And so we will hear tritheism preached this Sunday, espoused in psychological descriptions of persons as consciousness and freedom. But that idea was foreign to ancient Christians developing Trinitarian theology. Otherwise, three consciousnesses and three freedoms result, meaning three distinct gods. “Person” is like any other word—it only means what it means where and when you use it, and if you move it, you inescapably change its meaning.

But many this Sunday will hear priests exclaim, “It’s a mystery!” What he means is something “unfathomable” and “irrational” or even “absurd” like what happens when human beings gaze at Cthulhu in H.P. Lovecraft’s stories. “You’ll never figure it out!”—meaning the official Catholic position? You’re dead wrong, Father. And so is the mere monotheism you are preaching.

In short, don’t call this Sunday the Solemnity of the Most Holy Trinity. Instead, call it “I Don’t Have a Freaking Clue What I Believe Sunday.”

Then, the following week, we get Corpus Christi. From the horrible homilies I’ve endured on this day, I figure we shouldn’t call it “The Solemnity of the Most Holy Body and Blood of Christ.” Instead, how about “Science Proves Bizarre Eucharistic Miracles Are Real Sunday”? Because that’s what gets presented ad nauseam from the ambo. Not to mention how priests, ontologically-changed persons who make ontological changes, have magical hands that can violate physical laws governing the universe.

Go to Mass on Corpus Christi, and in many parishes, you’ll be treated to rants about how if we knew Who was Really Present in the Consecrated Host, you’d never get off the floor at Adoration. By the way, newsflash: Eucharistic devotions like Perpetual Adoration are not the source and summit of our Christian lives, Father. Instead, the Eucharistic liturgy is.

Many times I’ve heard priests extol how “scientists from NASA tested” this or that miraculous Host and found it to be real human blood and heart tissue. And it is always NASA scientists that do it, you know, the smartest ones according to the most gullible people. Not only do NASA scientists test Miracle Hosts, but they also study water from Lourdes, Juan Diego’s tilmàtli, and the Shroud of Turin also. The result is always a victory for us Catholics—“We have scientific proof our faith is true!”

Hey, who needs faith when you’ve got metaphysical certitude? 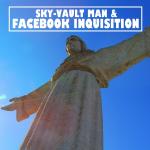 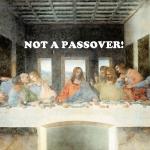