You can’t really understand the Gospel of John without getting Johannine anti-language.

In light of last Sunday Gospel readings in John’s “Bread of Life Discourse,” I have been blogging recently on Johannine anti-language here and here.

How ironic, given how Christians use the Gospel of “John” today.

To see what I mean about Johannine anti-language, take a look at this video presentation—

Scholars such as Halliday, Malina, and Rohrbaugh explain that we should not think of Johannine anti-language as technical jargon or terminology. Instead, marginalized persons espouse an alternative perception of reality and, in doing so, create it. Forming an antisociety counter to the dominant group, they express their counter-reality by way of anti-language.

That’s what “John” is. Stop thinking of it as a masterpiece of Christology. The author wasn’t a theologian. His gospel is Johannine anti-language opposing the established way of perceiving and conceiving.

American Christians reading “John” produces rich irony. Since they hail from the most individualistic society ever, they think they love the Fourth Gospel called “John.” It is a favorite for so many of us. Look at how widespread interest in “John” is—or in what we think it is saying to us. Still, they don’t get the Johannine anti-language. We don’t even know how to look for the interpersonal.

Ask Huston Smith to describe Jesus and Christianity. He does so almost exclusively in “Johannine style” (see his best-selling “The World’s Religions“). Do you know how many ministry groups I can think of where the only Jesus you get is a hyper-version of Johannine Jesus? Just like so many seminaries teach Jesus and Christianity. And all misunderstanding the Johannine anti-language.

Who doesn’t love Tim Tebow? A whole lot of people, actually, but forget about that right now. Do you remember his face paint?—John 3:16, the most important (??!!) Bible verse of them all. Where would Vince McMahon and “Stone Cold” Steve Austin be without John 3:16, huh?

Longtime football fans may recall the Arthur S. DeMoss Foundation publicizing “The Power of Living” during Super Bowl XVII. That whole program is based on an Americanized re-contextualization of “John” with 3:16 as its “first law.” If you’ve been to a sporting event in the last fifty years in the U.S., chances are you’ve witnessed a banner displaying John 3:16—

For God so loved the world,
that he gave his only begotten Son,
that whosoever believeth in him
should not perish,
but have everlasting life.
(KJV)

The problem is, what’s the context? Johannine anti-language. “The world” isn’t Planet Earth, folks. “John” isn’t referring to Carl Sagan’s “pale blue dot.” He wrote several years shy of that conceptualization. Ultimately, there is nothing universalist (“C” Catholic or otherwise) in the literal sense of his document.

And yeah, the ethnocentric God of Israel did “love” (stick like glue onto) “the World” (meaning the Dominant Society of first-century Israel). But everything else in that Gospel says “the World” so hated (rejected, detached from) their patron God!

By the way, first-century Israel does not equal (and cannot equal) the modern state of Israel, a Zionist, apartheid master-race democracy. Also, it does not, cannot equal Jewish people. But suffering from sincere, culpable stupidity, the USCCB relentlessly keeps churning out New American Bible editions mistranslating Ioudaioi (always Judaeans) as “Jews.” When will this dangerous anachronism end?

CRU & the Gospel According to Americanized “John”

Once upon a time, I worked in Catholic Campus Ministry alongside many good people in a multi-faith council. One of these groups was Campus Crusade for Christ (now referred to as “CRU”). What do you think their core message was? In perfect American individualism, Jesus is to be (vertically) the individual’s personal Lord and Savior. And from where do they think the basis of this comes? The anti-language Gospel called “John” inspires it, except it is not read correctly (i.e., as Johannine anti-language).

Many American feminists love what they imagine “John” to be also. Sister Joan Chittister sure does. She thinks Jesus was the first feminist. Why? Because it’s right there in “John”—except it isn’t. We are not reading that correctly when we imagine Jesus as an egalitarian. Neither the historical Jesus nor the interpretations of Jesus we find in the Gospels present him as such.

But we don’t care. As far as the Johannine Jesus goes, we don’t get the Johannine anti-language, and we don’t want to get it either. Jesus wasn’t American, and that’s not okay for a whole lot of folks on the right and left. So what to do? Reinvent him into our idealized autobiography, a culturally-congenial identity theft that tickles my ear. Screw honesty for relevance. Throw the real deal Jesus into the trash, but say we love him all the same.

Consider how ministry outfits like CRU and various Catholic groups enjoy using “John” to evangelize people into their respective versions of Christianity. Going to “John 3:16” and “John 6,” they treat “John” as if it were written to convince outsiders to become insiders. And thus, they treat “John” as if it were primarily about conveying ideas about God and Jesus (e.g., accepting Jesus as Lord and Savior or justifying Eucharistic devotions).

But being a text of Johannine anti-language, “John” was written never intended to be understood by outsiders. “To hell with those people in darkness!”—that is the Johannine antisociety way. And its communication mode was intended to be interpersonal (the personal qualities of the communicating partners), not a tract of new theological ideas. “John” extremely downplays the ideational (what is being said and described).

“John” VS the Synoptics

Can you honestly compare “John” (the whole Gospel as written document excluding the appended chapter 21 and the story of the Woman Caught in Adultery) with the Synoptic Gospels? Try. If you do, you will see the author is not conveying ideas about God and Christ. In the Synoptic Gospels, you do see, throughout the basic narrative, a progressive description of who Jesus is. You see enemies growing increasingly hostile toward Jesus from beginning to end of “Mark,” “Matthew,” and “Luke.”

But this is not how “John” is.

The only ideas “John” tells about God and Jesus are listed in John 1:1-18, the Prologue. Jesus is God’s utterance. He came to the Dominant Society Israel, but they rejected him (just like the misfits in the Johannine antisociety). But to all who received Jesus, he gave power to join the Children of God (i.e., the Johannine antisociety). Everything after verse 18 is just more of the same, variations of the same musical theme repeated.

Next time, we will discuss the relevance and how “John” has been read spiritually. 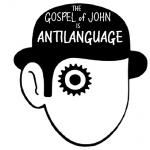 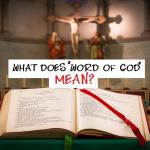 August 14, 2021 Word of God—What Does That Mean?
Recent Comments
0 | Leave a Comment
Browse Our Archives
Related posts from Messy Inspirations