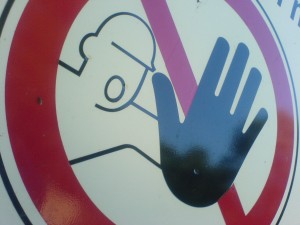 I was not a practicing Christian when I was a young teen—I wasn’t even baptized until I was an adult—but I was what we might today call a “cultural Christian.” But, even then, I had a deep interest in talking about religion. Nonetheless, my proto-career as a Christian apologist ended abruptly one day after I pushed one religious discussion too far.

“If you were to die tonight,” I asked a Jewish classmate after a heated discussion about Jesus, “and you met Jesus, what would you say to him?”

Much to my horror, she raised her hand, showed me the back of her three middle fingers, and said, “I’d tell him to read between the lines.”

Upset as I was by the crudity, ostensibly directed at Jesus, I understood that her gesture and remark were directed more toward me than they had been toward Christ. I was the one who had pushed too hard, to such an extent that my classmate’s defense was to act obnoxiously, possibly in hopes of getting me to leave her alone on the subject.

In my work as a Catholic Answers apologist, I often field questions from inquirers who are frustrated that they cannot seem to effectively evangelize their friends and family. Why is it, they want to know, that their loved ones will listen to a slick-talking shyster on television, or on the radio, or on their college campus, but never seem to want to listen to their own parent, sibling, or dear friend who is trying to convince them of the truth of the Catholic faith?

When they describe their efforts to convince their loved one of a truth of the faith their loved one is denying, I often remember my younger self staring in horror at my classmate’s obscene gesture. We mean well, we want to help, but sometimes we push too hard—and those we care about defend themselves against the onslaught by asserting their free will with any measure that, well, is readily at hand.

We still have an obligation to witness to our faith though. As St. Peter said:

Always be prepared to make a defense to any one who calls you to account for the hope that is in you, yet do it with gentleness and reverence; and keep your conscience clear, so that, when you are abused, those who revile your good behavior in Christ may be put to shame (1 Pet. 3:15–16).

What then can we do?

One of the most important things to do is to learn the difference between evangelization and proselytism. In 2007, the Congregation for the Doctrine of the Faith released a Doctrinal Note on Some Aspects of Evangelization. In the document, the CDF made this distinction:

In all of our discussions on the faith then, we must seek to “safeguard the freedom and dignity of the human person.” With friends and family, that would mean that we do not nag, pester, use emotional manipulation, or in any other way become the stumbling block to our loved one’s ability to be receptive to the Church’s teaching on faith and morals.

These days I rarely get into religious debates with friends and family. And I almost never initiate the discussions I do get into with them. They know where I stand on various controversial subjects, both religious and moral—either because we have discussed those subjects in the past, or because they have seen my posts on Facebook. When we talk now on these matters, it is because they have approached me and asked my opinion.

“You’re my moral compass,” one of them said to me, not long ago, before presenting me with an ethical dilemma with which she was wrestling.

I have to emphasize that I am not anyone’s moral compass, but this was her way of explaining why she trusted me with her dilemma. She knew that I would listen, give whatever information I could, and (most importantly) would not harangue her afterwards about whichever choice she made.

It’s been nearly 30 years, but when I was told “You’re my moral compass” I finally felt released from the guilt I had carried for inspiring someone to flip off Jesus. 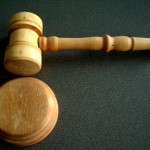 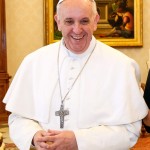 April 28, 2015 Romancing the Poor
Recent Comments
0 | Leave a Comment
Browse Our Archives
get the latest from
Michelle Arnold
Sign up for our newsletter
POPULAR AT PATHEOS Catholic
1