The Time I Had a D&C 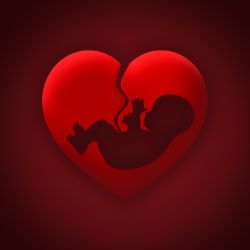 Catholic Answers always provided health insurance for full-time employees, but for many years I could only afford the basic plan for which my employer paid the full premium. Not much was covered. It was possible to level up to a better plan, but they were financially prohibitive. Nonetheless, I counted myself fortunate because I knew that there were plenty of employers who didn’t pay the full premium for even a basic, not-much-covered option.

Then I got luckier. The insurance carrier Catholic Answers used suffered a major hack, spilling data on all of its customers. How was that “lucky”? Catholic Answers chose to find new carriers. I’d had a PPO (preferred provider organization) plan, but I now had access to an HMO (health maintenance organization) plan. The basic, no-frills HMO plan I now had access to was a dream come true. The deductibles for office visits, urgent care, and prescriptions were reasonable, and I could get everything I needed through one health care organization with offices all across San Diego County.

Suddenly, I could have medical issues dealt with that I’d had to defer treatment for years. In 2017, I had surgery to remove a urachal cyst that had been presenting symptoms for a decade. Because I could only afford to have the symptoms treated and not figure out what was causing them, I didn’t know that I had been fortunate on another front. That urachal cyst could have ruptured, causing serious internal infection. As it was, I only had to deal with annoying recurring “leakage” from my navel once or twice a year. When my HMO did pre-op testing, they also found a hernia and that was repaired at the same time.

I was so relieved after that surgery to finally be free of dealing with a sporadically leaky belly button that I didn’t waste time the following year in getting treatment for another recurring medical issue. For years, I’d been dealing with mid-cycle menstrual spotting. Consultations through the years with Dr. Google reassured me that the problem could be perimenopause. Since I didn’t have the money to get a second opinion from a real-life doctor, I tried to accept Dr. Google’s reassurance that there probably was nothing to worry about.

But once I had the freedom to get the issue checked out, I hotfooted it to the gynecologist’s office. An ultrasound showed I had a uterine polyp. The gynecologist told me she could remove it in her office. For pain, I’d have to make do with little more than extra-strength ibuprofen and a stick for me to bite on. Or I could go into the hospital for a dilation and curettage (also known as a “D&C”) under anesthesia.

I heard “D&C” and was initially taken aback. Wasn’t that what was done in abortions? The doctor explained that a D&C is simply a medical procedure that is done to remove tissue from the uterus. If the patient is pregnant and the fetus has died, then a D&C can be done to ensure that no pregnancy tissue remains in the uterus after a miscarriage. If the woman’s body doesn’t naturally expel a deceased fetus, then a D&C is done to empty the uterus. It’s necessary under those conditions to prevent life-threatening complications for the woman, such as sepsis.

In my case, I wasn’t pregnant. There were no fetal remains to be removed. The D&C my doctor proposed was to remove uterine tissue that was creating problems for me, and the D&C would be a far more comfortable procedure than removing the polyp in the doctor’s office with over-the-counter painkillers.

I opted for the D&C.

But unlike the operation the previous year, in which I’d needed a hernia repair and cyst removal, this time I sure as hell didn’t tell my boss what I was going into the hospital for. You see, in the previous two years since Donald Trump had been elected as President of the United States, a male colleague had published an essay defending Trump’s assertion during the campaign (which Trump later walked back) that women should be punished for having abortions. I’d argued with another male colleague when he asserted his belief that there should be no problem with launching medical investigations every time a woman goes to the hospital bleeding from her lady parts. I’d learned very quickly in that time that I couldn’t trust my colleagues’ discernment on issues of women’s reproductive health, and I didn’t want to find out what their reaction would be to Catholic Answers paying for me to have a D&C.

The Supreme Court of the United States recently allowed a fetal “heartbeat” law passed by Texas this past May to go into effect. Elective abortions are now illegal in Texas as soon as a heartbeat can be detected. Despite the fact that physicians dispute that the “flutters” heard at six weeks are actual fetal cardiac activity, the new law essentially makes six weeks the cut-off point for legal abortion—with none of the usual exceptions for rape, incest, or maternal health. The Washington Post reported:

The law does something else novel: It effectively incentivizes the public to police abortions. It allows people—anyone living in the state of Texas—to sue an abortion provider or anyone else they suspect is “aiding and abetting” abortions after that six-week mark. And the law sets a $10,000 award for any successful lawsuit to stop an abortion.

BREAKING NEWS!!!! The Supreme Court decision is out!! They will NOT interfere in the Texas Heartbeat Law!!! What an amazing victory! Babies win!!!!! Life wins!!!!!

I’ve been pro-life for over thirty years. I’m old enough to remember the pro-life rescues of the 1980s and ’90s, in which activists blocked abortion clinics. I was pro-life long before I ever thought of becoming a Catholic. Although I won’t apologize for being pro-choice now, I still consider myself pro-life. I want to live in a society that values life from conception to natural death. In a spiritually healthy culture of life, I could trust that laws would be enacted that balanced women’s health, well-being, and privacy with the dignity of pre-born human life.

But that’s not how our current society works. I spent yesterday reading the stories of women who have survived serious pregnancy complications solely because they were free to make medical decisions on the advice of their doctor, and without worry that they or their doctor could wind up in court defending themselves against strangers second-guessing their choices. Some women haven’t survived, and their family and loved ones told how their lack of freedom led to their entirely preventable death.

In my case, I wasn’t even pregnant when I chose to have a dilation and curettage. While it wasn’t absolutely medically necessary, access to a D&C made it easier for me to get the treatment I needed. I wasn’t faced with the temptation to avoid treatment out of fear of pain. But I did have to worry that I might possibly be fired if my Catholic employer discovered I’d had a medical procedure commonly associated with abortion on their dime—even though I wasn’t actually pregnant.

These days, whenever I’m asked how I as a Catholic can consider myself “pro-choice,” my answer is because I no longer trust pro-lifers to defend human life. Defending human life isn’t the goal of so-called “pro-life” legislation, such as Texas’s fetal “heartbeat” law. The goal is to force women to give birth, no matter the cost. Even if the cost is their very lives.

June 10, 2021
Priests Should Mind Their Own Business
Next Post 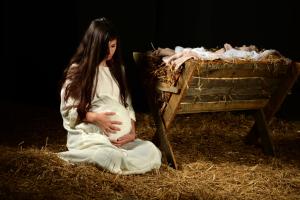