After the Mirror: The Missing Stair and the Enabling of Abuse

After the Mirror: The Missing Stair and the Enabling of Abuse January 19, 2018 Misha Magdalene

[A content warning for this post: I’m discussing issues of sexual abuse in our communities. There are no overt references to any acts or events, but as ever, I encourage anyone sensitive to these issues to exercise caution and self-care. —♥]

Hello, beautiful creatures. After my previous post about sexual abuse in the p-word community, I thought I might be done with that issue for a little while, and be able to focus on something a little less heartbreaking, depressing, and enraging.

In that post, I made some statements about the problem of abuse in the intersecting communities of Pagans, polytheists, and magical practitioners, chief among them being that the community itself is responsible for preventing abuse. Not the victims, not the survivors, not the perpetrators: the community, as a whole. I ended by suggesting that this has to be done, not merely by dealing with specific bad actors in our communities, but by changing the culture of our communities in such a way as to make them resistant to predators. I’d love to say “predator-proof,” but no human institution is, or can be, utterly immune to abuse. However, we can work to make systemic changes at every level of our spiritual communities to anathematize abusive behavior, and to normalize consent as a non-negotiable core value. By “every level,” I mean every level: our interpersonal relationships, our personal groups (circles, covens, lodges, groves, houses, and so on), our local and regional communities, and our streams of practice (traditions, schools, orders, organizations, fraternities, &c.). This isn’t about individual instances of consent or abuse; rather, it’s about making damned sure that we are a culture of consent, not a culture of abuse… and really, if we can’t take a strong stand for consent, and against abuse, what kind of spiritual movement are we?

With that in mind, I thought it’d be appropriate to start talking about what that looks like in practice, and some steps we can take to get there. I use the word “steps” somewhat ironically, because one of the first steps we need to take actually has to do with steps…or rather, with stairs. Missing ones.

Coined in a 2012 blog post by Cliff Pervocracy (whose blog is excellent, but highly NSFW unless you work somewhere quite broad-minded), the term “missing stair” refers to someone whose presence is tolerated in a community despite them being creepy, inappropriate, harassing, predatory, or abusive. Cliff describes it thusly:

Have you ever been in a house that had something just egregiously wrong with it? Something massively unsafe and uncomfortable and against code, but everyone in the house had been there a long time and was used to it? “Oh yeah, I almost forgot to tell you, there’s a missing step on the unlit staircase with no railings. But it’s okay because we all just remember to jump over it.”

The missing stair is that one elder who everybody knows is sexist and inappropriate, but is such a fixture in the community (or tradition, or whatever) that no one wants to call them out. They’re that person who’s always super-helpful at events, but who’s also maybe a little too handsy with the younger, more naïve seekers turning up at those events. They’re that person who’s happy to provide free child care while parents go off to rituals or other events, but who the kids seem really ambivalent about, or afraid of, being alone with. They’re that friend you’ve known for years who’s an upstanding pillar of the local community—who may have helped found the community, in fact—and who you can’t image would ever be sexually inappropriate with someone, but who still seems to leave a trail of rumors and whispers in their wake.

In short, the missing stair is that problematic person we all know is a goddamn problem, but who none of us is willing to confront directly or talk about openly. Instead, we whisper in corners, warning people away from them.

I know from personal experience, because I’ve been in that corner, on both sides of the whispering.

More anon, as ever. Until then, dear ones, take care of yourselves, and each other. ♥ 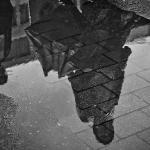 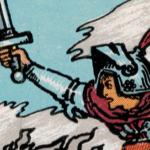 January 20, 2018 After the Mirror: A Personal Recollection of Complicity
Recent Comments
2 Comments | Leave a Comment
Browse Our Archives
get the latest from
Outside the Charmed Circle
Sign up for our newsletter
POPULAR AT PATHEOS Pagan
1

Making It Through The Rest of...
John Beckett
Related posts from Outside the Charmed Circle

2 responses to “After the Mirror: The Missing Stair and the Enabling of Abuse”