After the Mirror: A Brief Interlude on Words and Power

After the Mirror: A Brief Interlude on Words and Power January 27, 2018 Misha Magdalene

[A content warning for this post: I’m discussing issues of consent and sexual abuse in our communities. There are no overt references to any acts or events, but as ever, I encourage anyone sensitive to these issues to exercise caution and self-care. —♥]

Hello, beautiful creatures. This will be something of a departure from the previous four posts in my “Mirror” series, and right up front I’m going to ask for your indulgence. I promise, this ends in a better place than it starts.

The previous installments clock in at just under 4800 words, and I have to tell you, at this point I’m pretty tired of talking about issues of consent and sexual abuse in p-word communities. More than that, though, I’m tired of reading the dreary statistics on sexual abuse and sexualized violence in subcultural communities, from spiritual movements and religious bodies to activist organizations to, so help me, freaking hobbyist groups. I’m tired of hearing story after goddamned story about the innocent and the vulnerable being preyed upon by abusers and predators, each story unique in its miserable awfulness, each story alike with a depressing sameness. I’m tired of seeing the same mealy-mouthed equivocations from people I want to respect in defense of those abusers and predators, whether they’re “pillars of the community” or merely “long-time buddies.”

But you know what I find the most tiresome, the thing that brings me to the point of actual despair?

I’ve written close to 5000 words in this series alone, not counting the stuff I’ve written about consent, and I could write another 5000 words without batting an eye. And in my darker moments—like this one, say—I honestly question if there’s any point to any of it, because you already know everything I could possibly say about the subject.

I’m serious. Barring actual instances of sociopathy, which are somewhat rarer than television would have us believe, the vast majority of the population knows perfectly damned well that sexual harassment, sexual assault, molestation, and rape are all wrong, or at least that they’re socially frowned-upon. I mean, that’s not news to any of the people reading this, and I’m pretty sure it’s not news to the people who do those things. And still they happen.

So, why say anything at all?

Shortly after I started writing here at Patheos, I saw a comment about my post on gender essentialism, calling it a “pretty boring and unoriginal critique.” I won’t lie, that comment stung. I had put a lot into that post, in terms of both effort and my own personal investment, and having it dismissed as shallow and worthless felt like a personal attack. I carried that hurt around for a while, and then I realized something.

There’d been a few unkind responses about that post, sure—my favorite to this day was the comment dismissing it as “cultural Marxism,” which still makes me giggle—but they were numerically overwhelmed by the people who’d responded to it favorably. Some people liked it, which is quite nice. Beyond that, there were people for whom that post resonated with their lived experiences, and expressed something they’d struggled to put into words. For them, that post was something they could point to and say, “Yes! This! This is what I’ve been saying for years! Now do you understand?”

What I realized was that it wasn’t important that I wasn’t the best thinker or writer on a subject. It’s not about me being a great writer, or even a decent one. (On my best days, I aspire to competence.) What was important was that I said something that related to my own experiences… and, if comments are to be believed, something that resonated with other people, and helped them feel less alone in their experiences.

What I realized was that words matter. Even my words.

As much as I don’t take myself seriously at all, I take the responsibility of my tiny little platform here at Patheos quite seriously. I know from personal experience just how easily a badly-written opinion piece or a poorly-curated comments section can send someone into an emotional tailspin, so I was incredibly nervous while writing “A Long, Cold Look in the Mirror.” I have some education in these issues, but I’m far from being the most qualified person out there to talk about them. Surely there are other people to do this work, I thought. Better-educated people, people with more experience in talking about these things, people with cachet. People not… me.

And there certainly are, but I wrote it anyway, and the three that followed up on it, because I thought it was important to say something.

To date, I’ve gotten no blowback on these posts, no criticisms or suggestions that I leave the activism to someone better suited. What I’ve received instead are replies from people across the gender spectrum, from survivors and family members and people who just care, all of them thanking me for taking a stand and saying something publicly about these issues. For them, at least, my words matter.

That’s amazing and humbling… but again, this isn’t about me. I’m just a random queer witch with a blog. It’s about saying something, about doing something.

Because our words matter. Our actions matter.

Especially in today’s world of news cycles so fast they border on relativistic speed, it’s easy to become overwhelmed by stories of sexual harassment and abuse, to believe that we’re helpless in the face of atrocity. It’s easy to become passive and do nothing, not out of apathy or a lack of empathy, but because we feel so damned powerless.

We aren’t. Words are magic, and yours no less than mine. Our words and actions together change reality, every moment of every day. That’s not a new-agey placebo or pseudo-spiritual platitude; it’s a simple, obvious fact. By doing or by not doing, by speaking or by remaining silent, we make the choices that shape not only our own futures, but every life we touch.

Your words matter. You matter, dear reader, and you have far more power to change the world than you may believe. Things are grim out there, I know, but I believe—in the face of considerable contrary evidence, admittedly—that we can do better, that we can be a better community than we have been. We can believe survivors, and we can tell them we believe them. We can change our culture. We can stand in the surety of our convictions, and honor the gods and the principles we profess. We can heal ourselves, and one another, and this broken, beautiful world of ours.

Until next time, take care of yourselves, and each other. ♥ 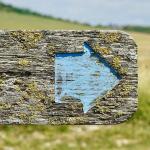 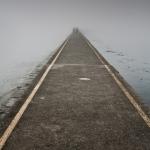 February 2, 2018 After the Mirror: An Ending, with Neither Closure nor Resolution
Recent Comments
1 Comment | Leave a Comment
Browse Our Archives
get the latest from
Outside the Charmed Circle
Sign up for our newsletter
POPULAR AT PATHEOS Pagan
1

How Do I Know If A...
John Beckett
Related posts from Outside the Charmed Circle

Pagan & Shinto News: New Dinosaur Discovered In...
Top stories in Paganism and Shinto this week: New dinosaur discovered in...
view all Pagan blogs
What Are Your Thoughts?leave a comment

One response to “After the Mirror: A Brief Interlude on Words and Power”