Communing with the Land in the Age of the Slow Collapse

Communing with the Land in the Age of the Slow Collapse May 9, 2018 Misha Magdalene

The other day, my friend Áine got in touch to ask me a question. This is a delightful constant of our relationship, and one that’s always a surprise… in part because I never quite know what to expect. When we lived closer, this would be in person or by phone, but nowadays we live two state lines apart, so we’re usually chatting via instant messenger. This is how our conversations generally start: she’ll message me out of the blue, usually opening with something along the lines of, “Hey, can I ask you a question?” I, of course, will respond with something like, “Sure! What’s up?” She’ll then hit me with a question on a subject that I could in no way have foreseen, on subjects ranging from the colors of various queer pride flags (for glazing ceramics, no less) to the best ways to support punching Nazis.

This time, though, she had a question about being a relatively new homeowner. Of course, since she’s a Pagan, a witch, and a gardener, the conversation was a little more esoteric than your average chat about window treatments or changing out hardware on the cabinetry. When I asked what was on her mind, she replied by asking what, if anything, my partner and I did to “make friends” with the land on which we live. She and her partner have a new place, but she’d been unable to connect with the land. As she put it, she’d been able to pour energy into the land, but totally unable to get anything back from it. She knew that my sweetie and I have been in our home for a while now, and had a pretty good relationship with the land we were on, so she hoped I’d have some useful suggestions.

My response was that we took care of the land, we left offerings to the spirits of the land, and we listened to them. That all seems pretty straightforward, especially for those of us with any touch of animism in our spiritual makeup… but of course, it’s a little more complicated than that.

Many folks of a Pagan or polytheist bent want to see themselves as caretakers of the land on which they live, whether as landowners or as temporary residents. Of course, this is a tricky relationship to define. “Taking care of the land” can mean anything from “restoring it to its former, native state” to “making it more suitable for our purposes and tastes,” depending on who’s speaking.

The reality is that, while human beings can indeed live in relative harmony with nature without polluting and damaging it, most of us are enmeshed in economic and political systems which make living in balance with the natural world effectively impossible in the long term. We all live under the influence of neoliberalism, an especially pernicious form of free-market capitalism which is to basic ideas of commerce what metastatic cancer is to ordinary cell growth. Industrial culture, and particularly American industrial culture, views land as a resource, and is designed to funnel those resources and the power they bring upwards into the hands of oligarchs. Water, wood, minerals, oil, produce, meat, and so on, all these resources are collected and owned by people who never touched a plow, an axe, or a shovel. Even the essential nature of land itself—the very space it occupies, and the rights associated with occupying that space—is an economic and political entity to be owned, bargained for, and used as a weapon against others1.

Why am I bringing up economics and politics here? Because, dear readers, it’s impossible to discuss living in relationship to the land in a meaningful way without addressing our impact on the land. The political and economic systems in which we live are killing the land, killing its ability to support and sustain us and all other life. In that context, trying to be a “caretaker” of the land can seem a bit like rearranging the deck chairs on the RMS Titanic. On another level, though, every little bit helps. Any step away from the slow collapse into dystopia and ecological suicide is a good one, an example of the kind of enlightened self-interest I’d like to believe is inherent in Pagan and polytheist praxis.

So, yes, caretaking of the land. That can mean learning gardening and landscaping techniques, to be sure, but it can mean a lot more. It can mean changing our praxis as workers of will—devotional polytheists, Pagans, witches, magicians and sorcerers—to be in tune with the land on which we stand, rather than imposing our all-too-often colonialist, Eurocentric notions of spiritual ecology.

It can start with learning the ecology of the land on which you live: learning about native plants and animals, learning about your local soil and your local watershed. Study the changes humans have made to the land where you live to make it “more suitable” for us. Learn how we can live, not just on the land, but with the land and its spirits, in ways that feed and rejuvenate both ourselves and the land.

In other words, do what you can, where you can, to slow the collapse. We may not be able to avert disaster, but we can do our damndest to survive it.

Us devotional, animistic p-word types love making offerings. We feed our altars, we burn incense, we consecrate food, we pour out for our gods and spirits and beloved dead. On a less physical level, we make offerings of song, dance, and other arts.

When my partner and I first started doing magical work in our new home, we made offerings both to the gods and spirits of our practice and to the land itself. We offered wine and cakes from our rituals, honey and water and incense. We made offerings of our own sweat and labor as we worked to nurture the land itself. We gave of ourselves, time and toil, magic and money. We made sacrifice, in other words, in the hopes that the land and its spirits would enter into relationship with us.

To our very great fortune, and my occasional surprise, they mostly have. I can’t claim it’s an effortless relationship, nor an entirely comfortable one, but we’ve reached a place of mutual understanding. Over time, that may grow into something more, or it may remain what it is. It may even falter and fail. As any farmer or gardener can tell you, there’s never a guarantee that the land will respond favorably to you merely because you’ve approached it with what you think of as good intentions and what you consider “a good deal.” You can till, sow, plant, weed, water, fertilize, and pray ’til you collapse in a puddle of your own tears and perspiration, and have nothing to show for your efforts but a pile of turned-up soil. Contrary to many folks’ convictions, the land is under no obligation to respond to our offerings with bounty, any more than someone we fancy is obliged to respond to our overtures with sex.

Or, to put it another way: spirits are people, people are capable of consent, and sometimes, the spirits of the land say “no.”

So, how do you get consent?

By asking, of course… and then by listening to the response, hearing it, and respecting it.

I’ve written a fair bit about the importance of consent in magical praxis, and about the absolute necessity for discernment in spirituality and magic. Next time, we’ll talk about both of those things, touch on practical animism and meditative practice, and refer to a luminary of the chaos magic scene for the single best bit of magical advice I’ve ever received. (No, seriously!) 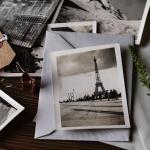 May 2, 2018
Snapshots and Sketches: A Rueful Panegyric for "The Community"
Next Post 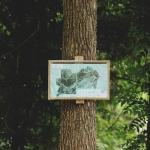 May 11, 2018 On the Perils and Necessity of Listening to the Land
Recent Comments
2 Comments | Leave a Comment
Browse Our Archives
get the latest from
Outside the Charmed Circle
Sign up for our newsletter
POPULAR AT PATHEOS Pagan
1

Finding Pagan & Witchcraft Wisdom Online Versus In...
The young witching community is hungry for knowledge, but many of them...
view all Pagan blogs
What Are Your Thoughts?leave a comment