Snapshots and Sketches: A Rueful Panegyric for “The Community”

Snapshots and Sketches: A Rueful Panegyric for “The Community” May 2, 2018 Misha Magdalene

Time’s a funny thing, isn’t it? I’ve been a Pagan on and off for about thirty years, dating back to that first “aha!” moment of “these are my people!” while reading Drawing Down the Moon and The Spiral Dance at the adorably enthusiastic age of 15. It’s been a long and winding path since then, from eclectic neo-Wicca to British traditional Wicca to Feri, with dalliances along the way with Thelema, Gnosticism, and Sufism, as well as a five-year sabbatical from All Things Esoteric.

Of course, this isn’t to imply that I know it all. Far from it! Some days, I feel like I haven’t even scratched the surface of the wonder, joy, terror, and mystery to be found in the world or on the path. Having been around for thirty years doesn’t mean I’m better, smarter, wiser, or more skilled than anyone else. (As my fellow Magdalene rightly points out, some folks develop their practice over twenty years, and others practice their first year twenty times.)

It does, however, give me a certain measure of perspective. I’m part of the last generation of folks to come to magic, witchcraft, and P-word-ism prior to the widespread adoption of the Internet1. In other words, I’m part of the last generation whose experience of discovering the world of devotional, polytheistic spirituality was mediated entirely through books, magazines, and interpersonal contact. (How very Twentieth Century, right?) Hand in hand with that, I would also suggest that people in my generational cohort are among the last folks to come into this world believing in that nebulous, vaguely-defined thing I call “the community.”

What is “the community?” Was ever there really such a thing? It’s a debatable point, but we can see something of it, at least in retrospect, in the articles and letter-columns of magazines like Green Egg, Nemeton, and The Cauldron in the Sixties and Seventies. For me, though, the idea of “the community” derives almost entirely from Drawing Down the Moon, Margot Adler’s oft-mentioned collection of textual snapshots of the Pagans and polytheists she knew and met in the United States of the 1970s and early 1980s.

It was from Drawing Down the Moon that I adopted a definition of Paganism as a polytheist spiritual movement which saw the numinous as being present in the manifest world, a collection of faiths and practices drawn largely from the pre-Christian world. Alongside that definition, I internalized my idea of “the community” as the collective body of practitioners who practice one form or another of Paganism: “Witches, Druids, Goddess-Worshippers, and Other Pagans,” as the book’s subtitle would have it.

Even now, I think it’s a lovely idea, one for which I still nurture a somewhat rueful love. Of course, part of the ruefulness of that love is in acknowledging that what I still think of as “the community” is actually an amorphous, interlinked, and interrelated conglomeration of communities of faith, praxis, social bonds, common interests, and historical association, all of whom have reached for an increasing degree of granularity in the past 15-20 years. This pretty decisively proves “the community” to be a pleasant, but misleading myth. Rather, what we have is more like a Venn diagram incorporating traditional Wiccans, eclectic Wiccans, traditional witches, Druids, Goddess-worshippers, various flavors of neo-Pagans, reconstructionist polytheists from damn near every traditional culture known, practitioners of living Afro-Diasporic religions, Hermetic magicians, Thelemites, grimoiric magicians, and a whole lot of other folks, all of whom attend a lot of the same events, but who don’t share in common many of the shared beliefs, experiences, or qualities one normally associates with the concept of “community.” Even the articles of faith so beloved of many p-word folks—the sacredness of nature, the mysteries of existence, and so on—are not universal within “the community,” nor even within individual communities of praxis.

Where am I going with this?

Some years ago, I took a class on the fundamentals of visual design at my local community college. I’d taken and enjoyed art classes in middle school, but this was really the first time I’d had any formal training in art, and certainly the first time I’d explored art as an adult. I enjoyed the class immensely, and discovered I had a certain facility for drawing that, honestly, surprised the hell out of me. With that in mind, I signed up for a basic drawing class the following quarter. I enjoyed that class, too, but it was frustrating. I found myself grappling with one of the hurdles most beginner artists hit sooner or later: drawing with values and shading, rather than with lines. This can be difficult in and of itself, but it highlighted a deeper problem: I’d never really learned to see. I looked at things all the time, but there’s a world of difference between merely looking at something and actually seeing it for what it is. I spent much of that quarter learning how to see what was right in front of my face, and to then draw what I was seeing, rather than what my memory was reconstructing of something I’d only looked at.

Maybe there never was a “community” after all, just an assumption of universality papering over a breadth and depth of smaller communities. Maybe what I still, naively, think of as “the community” is just the aggregated cluster of those communities, many of which have little in common with the others… and maybe that’s okay. Better than okay. I’m of the mindset that diversity of praxis and tradition is a good thing, a thing to be cherished and encouraged. Our own practices and traditions can benefit from exposure to others, and we can learn much from one another, not in an appropriative, thieving way, but in a spirit of respectful sharing and mutual benefit. Maybe we don’t have to be “the community” to recognize our similarities and our differences, and to cherish them both.

But we have to start by seeing what’s actually in front of us, rather than drawing from memory.

Until next time, dear ones, look sharp. ♥ 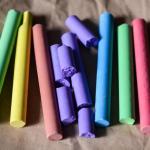 April 26, 2018
Coloring Outside the Lines: Troubling Gender and the Myth of Universality
Next Post 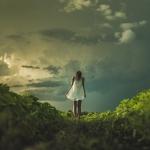 May 9, 2018 Communing with the Land in the Age of the Slow Collapse
Browse Our Archives
get the latest from
Outside the Charmed Circle
Sign up for our newsletter
POPULAR AT PATHEOS Pagan
1

Magical Movement: Isolation & Connectivity
This past week's collection of 4 episodes delves into the concepts of...
view all Pagan blogs
Copyright 2008-2020, Patheos. All rights reserved.