An Alchemy of Grief: On Sitting with Death and What Comes After

Hello, beautiful creatures. Today’s post is a little more personal than usual, for which reason I’m going to open with a content warning. This is a blog post about death, specifically, about sitting with a dying person, and some thoughts about our relationship with death. If you are sensitive to such issues, I encourage you to exercise appropriate self-care.

Since this blog’s inception last August, I’ve been pretty good about maintaining a consistent posting schedule, but last week was… well, there’s really no good way around this.

Last week, I sat with someone, a friend and a mentor, while she died.

Her death wasn’t a surprise. She had been ill for some time, the kind of illness from which there’s not really any “getting better.” We’d talked about it, she and I, during my too-infrequent visits and phone calls. Never in any great depth, but it came up. How could it not? She would ruminate about her impending demise with a certain philosophical detachment, and then crack a joke about it, with the black humor endemic to the terminally ill and snarky.

When I came down to sit vigil with her, she was on final approach. I was there mostly to be present, to watch over her, and to administer medications on schedule. My vigil started in the evening, and ended in the small hours of the morning, when she exhaled her last breath.

This isn’t a eulogy or a requiem for my friend. What I have to say about her, I will reserve for another time, when I’m able to write about her with more equanimity and fewer tears. What I have to say today has far more to do with my own conflicted, confused feelings, and about the ways in which we face death, both our own and those of our loved ones.

We want so desperately to believe in some heroic measure that will avert death: spells and rituals, potions, amulets, healing energies, thoughts and prayers. None of this is unique to Pagans, polytheists, or magical practitioners. It’s not even unique to “spiritual” or “religious” people. It’s a function of being human, and of living in modern American culture. Of course, it’s a cliché of the first order to point out that this culture is sick, in too many ways to enumerate. A substantial subset of them revolve around the body. It’s all so messy, so riddled with frailty. We’re screwed up about birth, and about sex, and most especially about death, the final word on the body. The notion that there’s any medical condition so dire that it can’t be staved off is, frankly, offensive to our sensibilities. That we should ever have to say there’s no “getting better” from this terrifies us, in part because it means that, one day, there will be no “getting better” for us, either.

Our fear of death manifests in so many horrible ways. We idolize and idealize youth, beauty, health, and ability, all the while willing ourselves to forget that any of these things we may have now will one day be dust. We hide the elderly and the infirm from public view, and with them we hide our awareness that old age and sickness come to all of us who aren’t struck down by misadventure. We hand the dying over to “trained professionals” rather than holding them close to us, thinking perhaps that death is contagious, forgetting that we’re already infected.

How many of us in 21st century America have spent time with the dying, held their hands, given their medicines, cleaned their bodies? How many of us have actually seen what death looks like?

Some months ago, at a Pagan conference, a woman walked into a room full of witches and asked what we were all about, then—without pausing—loudly proclaimed that she hoped it was positive and cheerful, because she’d just come from a heavy group ritual all about death, and she’d had enough death for one day.

We all just looked at each other.

Being a witch, a polytheist Pagan, and a practitioner of sorcerous arts has taught me a lot about the realities of life and living, and of death and dying. These are the constants of human existence, and it would be a poor spiritual practice that didn’t engage with them openly and honestly. There’s joy to be found in these practices, to be sure, and comfort as well, but they’re not precisely what one might call “cheerful” much of the time. After all, as Lynna Landstreet rightly points out, witchcraft is all about sex and death. It’s taught me how to handle being in moments of pain, and how to sit with that discomfort without shrinking away or making it all about me. Most of the time, anyway.

It’s taught me how to do the Work that’s in front of me, even the Work of being with a loved one who is dying.

What it hasn’t taught me much about is the Work of grieving that comes after that loved one has died.

That’s not really a surprise. While there are some religious aspects to the traditions and paths which make up my background, they’re less about belief or philosophy than they are about praxis, about what we do. There are funerary rites for the dead and rites of passage for the living, but ultimately grief is neither a ritual or a practice. Rather, it is an intimately personal process of transmuting sorrow and the pain of loss into something else, something easier to live with: memory, acceptance, fondness, love. Those rituals may be a part of the alchemical process, but grief is no more circumscribed by a ritual framework than love is by the bounds of a wedding ceremony.

I don’t know yet what the Work ahead looks like, but it has to be something more than picking out a photograph for our ancestor altar and speaking her name at Samhain, something more than a clumsily-written eulogy on the Internet about how great she was and how much I’ll miss her. In the days just following her death, I wrote about 1200 words about her, none of which will see the light of day anytime soon, if ever. They were the wrong words, because it was the wrong time to try to write them. That wasn’t the Work I needed to do.

If I had to guess, the Work will be something like learning how to grieve well… to grieve cleanly, if such a thing is even possible. It might be coping with the guilt of not knowing how to “put a stopper in death.”

For now, though, it’s just the Work of moving forward until I can move on, neither forgetting or romanticizing, but remembering with respect and clarity.

Until next time, dear ones, hold those you love close to your heart… especially the dying. ♥ 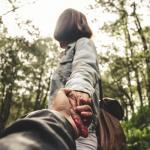 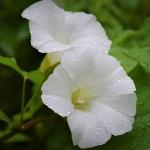 June 21, 2018 A World Turned Upside Down: On Politics, Power, Gods, Judgment, and History
Recent Comments
6 Comments | Leave a Comment
Browse Our Archives
Related posts from Outside the Charmed Circle

6 responses to “An Alchemy of Grief: On Sitting with Death and What Comes After”