A World Turned Upside Down: On Politics, Power, Gods, Judgment, and History

The past couple of weeks have been particularly rough for me and many of the folks I know. Part of that has been circumstantial, and part of it is a function of demography. My social circle is comprised in no small part of LGBTQIA+ folks, people of color, and other persons with marginalized identities, many of whom also fall under the umbrella of Paganism, polytheism, and magical practice. Being as how you’re all highly intelligent as well as beautiful, I’m sure it hasn’t escaped your notice that the United States is currently suffering from fits of social and political apoplexy, brought on by a year and a half of the most disastrous presidential administration in the history of the nation.

The recent immigration-related horrors—immigrant children forcibly separated from their parents and incarcerated in cages, the subsequent executive order allowing those families to be detained indefinitely—are only the latest violations of basic humanity committed by this administration. A complete list of the grotesque subversions of democracy, decency, and dignity these people have enacted in the name of the American people is far beyond the scope of this humble blog1, but at this stage of the game, that’s really kind of beside the point, innit? These are all horrific actions, no question, but are they really that surprising? At this point, midway through 2018, are any of us genuinely shocked to learn that the US government is violating the human rights of the vulnerable, or that it responded to the revelation of its blatant human rights abuses by withdrawing from the UN Human Rights Council? Are we truly that naïve?

No, of course not. It does, though, raise the question of what all this has to do with Paganism, polytheism, or magic.

Unsurprisingly, my answer is “everything.”

Starting with the very first post on this blog, I’ve argued that what we do as practitioners of non-normative, esoteric, DIY forms of spirituality has an inherent political dimension, one that we cannot simply wish away by claiming otherwise.

Our spiritual practices as witches, magicians, druids, priests, and devotees all have a diversity of inspirations, methodologies, and ends, and far be it from me to downplay that diversity. However, a common thread I’ve seen in most practices under the p-word umbrella is the negotiation of power: with gods, with spirits, with the forces of nature, with our own natures. Unlike the unidirectional theological dynamic prevalent in mainstream American culture, where power moves in only one direction—ad maiorem Dei gloriam, “to the greater glory of God”—those of us working in a polytheistic and/or animistic paradigm tend to see power as moving in multiple directions. We treat with divinities in propitiation, seeking their favor or atoning for error, or in partnership, working with and for them. We sacralize, valorize, and imbue all kinds of things with power: objects, ideas, other people, even ourselves.

Given this, I’ve always found the p-word ambivalence around politics—the negotiation of temporal power—somewhat curious. After all, not only is that ambivalence an ahistorical artifact of modernity, but it reflects a strange, almost Christian dualism: a separation between “spiritual things” and “things of this world.” I’ve seen this attitude expressed in responses to this very blog, phrased in what I’ll describe as rather bracing language.

Within some iterations of Christianity, it makes a measure of sense; we should focus on salvation and heaven, the idea goes, because this world is corrupt, and too much interaction with it will inevitably taint our souls. By these lights, politics is the most obvious arena for contagion and corruption. The trouble is, this perspective makes absolutely no sense whatsoever from a polytheist, animist, or Pagan perspective. Sure, depending on your cosmological framework, there can indeed be vectors of contagion and contamination, even corruption. However, most p-word cosmologies see our material world as one world among others, and no more inherently corrupt or suspect than any of the others. Moreover, the state of being contaminated or sick is generally seen as a temporary state, one which can usually be expiated in a simple fashion. Note that I said “simple,” not “easy.” A quick read through most any myth cycle you care to investigate will provide many entertaining and cringe-inducing examples of simple-but-terrifyingly-difficult-and-sometimes-lethal expiations of guilt and wrongdoing2.

The core of this divergence in cosmology, theology, and soteriology is fairly simple, but significant, and it has to do with agency and responsibility. Ultimately, most forms of Christianity locate all agency as emanating from divinity. In other words, while human beings may have free will, their ultimate “urge to good” originates with their god. As such, all responsibility for the good they do derives from him. The responsibility for the bad they do? That may be inspired by the Devil—you know, the fallen angel their god allows to run amok down here on earth?—but humans are the ones who pay the price for it… either in total annihilation or eternal conscious torment, depending on the school of thought you follow.

In most forms of polytheist and animist thought, all responsibility for our actions—good, evil, noble, petty, brave, craven, kind, cruel—rests on us. We make our own choices, and we are accountable for them. There’s no “the Devil made me do it” clause, and there’s no “absolved by the blood of the Lamb.” If we want absolution, well, we have to work that out for ourselves… and sometimes, the ancient myths tell us, no amount of expiation will absolve us in this life.

Why do I bring all this up? At the beginning, I said it’s been a rough couple of weeks. I misspoke. For many of us, both in the US and around the world, it’s been a rough couple of years. We could say decades, even centuries, depending on how far back you want to pull the camera, but I’m restricting myself to the immediate crises wracking the nation and the world. Up until a few years ago, it was just barely possible to live in ignorance of the systemic injustice and cruelty, the ingrown racism and misogyny, the blatant transphobia and homophobia, that are woven through American culture like chokeweed through a garden. It took a lot of effort, but it was possible, and American culture was more than happy to put in the time and energy to pull it off. With the advent of ubiquitous social media and cellphone cameras in every pocket, that ignorance has become increasingly impossible to preserve.

We live in a world on fire, a world turned upside down, and we can’t say the Devil made us do it. We are the authors of our own misery. Whatever gods, spirits, or demons have inspired the atrocities we’re living through, the hands that committed them are “human, all too human.”

I know not all of you reading this are particularly theistic, much less polytheistic, but many of you are. Those who do work with or worship deities, regardless of path or pantheon, would do well to remember that gods are not abstract, formless concepts, nor are they characters in a book we can shelve when we’re done being entertained by it. The gods we love are independent beings, with agencies and agendas, and they will judge us by what we do today, and every day.

All of us, theistic or nontheistic, should remember that history will judge us.

I can’t tell anyone what to think, who to support, how to vote. I mean, I can, but any advice I would give comes from my own heart, my own beliefs, my own politics. I can tell someone why I think they should care about children ripped from their parents and herded like animals into cages, about children forcibly administered psychiatric drugs and turned over to evangelical Christian foster-care agencies, about decency and ethics and grace and honor—but I can’t make them care.

And if you care, then please, do something.

I have some thoughts about that “doing something,” which we can discuss next time. In the meantime, I commend you to the care of the redoubtable John Beckett, whose brilliant article “Your Place in the Resistance, Your Place in the Restoration” has beaten me to the punch with both style and substance.

Until then, dear ones, make good choices. ♥ 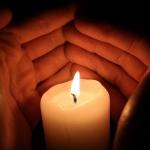 June 14, 2018
An Alchemy of Grief: On Sitting with Death and What Comes After
Next Post 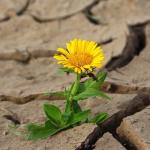 June 26, 2018 The Long Haul: Managing the Everyday Magic of Resistance
Recent Comments
5 Comments | Leave a Comment
Browse Our Archives
get the latest from
Outside the Charmed Circle
Sign up for our newsletter
POPULAR AT PATHEOS Pagan
1

Do I Have to Wear Black? It's Your...
In the funeral industry “Christian” has somehow come to mean dignified, as...
view all Pagan blogs
What Are Your Thoughts?leave a comment

5 responses to “A World Turned Upside Down: On Politics, Power, Gods, Judgment, and History”