What’s in Your Appendix N? (Memories of the First Books #4)

I’ve written before about my deep and abiding love of Dungeons & Dragons, Gary Gygax and Dave Arneson’s tabletop roleplaying game of swords, sorcery, and adventure, and about the ways in which it influenced the twists and turns my spiritual path wound up taking.

Today’s blog post isn’t that… or rather, it is, but in a roundabout sort of way. Here, let me explain.

I first encountered D&D when I was but a wee sprog, eight years of age, and quickly became somewhat obsessed. Around this same time, my parents had regular evening engagements once a week, so I would go to the library after school to borrow some books, then to my babysitter’s apartment to be fed and “put to bed’ until my mum came to pick me up. The reality, of course, was that I’d read whatever books I’d acquired at the library in the illumination of a night-light until late. Being who and what I was, they were mostly fantasy and science fiction novels. One day, though, I hit the jackpot: my local library, through some bizarre machinations of fate, acquired a copy of the Advanced Dungeons & Dragons Dungeon Master’s Guide.

The reasons why this was so odd are a bit complicated, but I’ll try to summarize: at the time, D&D was still a deeply niche pastime associated with severely antisocial behaviors, up to and including mental illness and Satanism, so the notion that a county library in Sacramento, California would purchase a controversial and relatively expensive game book ($25 or so, in 1980s money), put it into circulation, and let a nine-year-old check it out is a little flabbergasting.

Not that there was really anything particularly scary or concerning in the Dungeon Master’s Guide itself, of course. It’s a book of rules for the Dungeon Master (basically, the game’s referee/storyteller), along with a lot of advice, suggestions, and inspiration, along with a seemingly endless list of magical items and artifacts the DM could sprinkle throughout their game to entice and endanger their players. In the thin, clandestine glow of my babysitter’s night-light, I read the Dungeon Master’s Guide with the voracity of a starving wanderer, lost in the forest, who stumbles across a suspiciously magical feast table beneath the boughs, laden with every kind of meat, fruit, and sweet imaginable. This was, you might say, a formative experience.

At the back of the book are, as you might guess, a series of appendices. These are largely comprised of optional rules and suggestions for your game, and a bunch of tables to help you randomly generate encounters and treasure. One of the appendices, however, was different. Appendix N was a list, written by Gygax himself, enumerating the works of fantasy and science fiction which were influential in the creation of Dungeons & Dragons. These were the books which shaped Gygax’s imagination, what he brought to the creation of the game, and what the game would become over time. Some of the authors are considered icons of the field, and some of the works are seen as classics. Others are less known, obscure, even out of print. All of them are, in a sense, part of the game’s DNA. (You can read Appendix N, with Gygax’s commentary, here.)

In the years that followed, and especially since the rise of what’s variously called the “Old School Revival” or “Old School Renaissance,” a lot of attention has been drawn to these authors and their works. There are new games explicitly inspired by Appendix N, podcasts devoted to discussing the Appendix N canon, even publishers whose stated mission is to publish new fiction “in the spirit of Appendix N.” This is all, of course, without bringing up the influence of Dungeons & Dragons and Appendix N on the larger world of genre fiction and media, which is frankly incalculable. It’s not unfair, I think, to suggest that modern genre media, from Game of Thrones to the Marvel Cinematic Universe, owes a significant debt to this afterthought of a list at the back of a rulebook for an incredibly nerdy game of improv-acting-meets-wargame.

But why, one might ask, am I bringing this up in a Pagan blog? (A common question around here, to be fair.)

I was listening to the Appendix N Book Club podcast on my commute the other day, ruminating on the similarities between geek culture and p-word culture—after all, both groups are kind of “People of the Library” (and “People of the Snarky Book Review“)—and the thought occurred to me: what’s in my Appendix N? Not for gaming, but for my magical and devotional praxis? Who are the authors and what are the books which “were of particular inspiration to me,” as Gygax wrote?

So, I’ve assembled my own “Appendix N” list of books which founded and formed my magical and devotional praxis, which I share with you below. One can likely spot manifestations of their DNA in my own writing, as well as in my approach to Paganism, polytheism, and magic. Most are nonfiction, but there are a few novels in there, as well. I make no apologies for this; fiction can tell just as many truths as nonfiction, and often more.

As for the list below, I can do no better than to echo Gygax’s own words: In the case of some authors, I’ve mentioned specific books, while in others I simply recommend all of their writing to you. From such sources, as well as many other philosophical or devotional writings, you may find the seeds from which will grow the fruits of an exciting and magical life. Good reading!

Adler, Margot. Drawing Down the Moon.
Amber K. True Magick.
Anderson, Cora. Fifty Years in the Feri Tradition.
Bulfinch, Thomas. Bulfinch’s Mythology.
Case, Paul Foster. The Tarot: A Key to the Wisdom of the Ages
Cunningham, Scott. The Truth about Witchcraft Today
d’Aulaire, Ingri and Edgar Parin. D’Aulaires’ Book of Greek Myths.
de Lint, Charles. Moonheart; Dreams Underfoot; The Little Country.
Dukes, Ramsey. SSOTBME Revised: an essay on magic; The Little Book of Demons: The Positive Advantages of the Personification of Life’s Problems.
Duquette, Lon Milo. Angels, Demons, and Gods of the New Millennium; Understanding Aleister Crowley’s Thoth Tarot; My Life with the Spirits.
Evans-Wentz, W. Y. The Fairy-Faith in Celtic Countries.
Farrar, Janet and Stewart. A Witches’ Bible (originally published as Eight Sabbats for Witches and The Witches’ Way).
Fortune, Dion. The Secrets of Dr. Taverner; The Sea Priestess; The Mystical Qabalah.
Gardner, Gerald. High Magic’s Aid; Witchcraft Today; The Meaning of Witchcraft.
Hamilton, Edith. Mythology.
Huson, Paul. Mastering Witchcraft.
Jong, Erica. Witches.
Le Guin, Ursula. A Wizard of Earthsea; The Tombs of Atuan; The Farthest Shore; The Language of the Night.
Leland, Charles Godfrey. Aradia, or, The Gospel of the Witches.
Mathers, S. L. MacGregor (translator). The Key of Solomon the King. The Book of the Sacred Magic of Abramelin the Mage.
Moorcock, Michael. Elric of Melniboné, et al.
Pollack, Rachel. Seventy-Eight Degrees of Wisdom: A Book of Tarot.
Starhawk. The Spiral Dance; Dreaming the Dark: Magic, Sex, and Politics.
Tolkien, J. R. R. The Silmarillion; The Lord of the Rings.
Valiente, Doreen. All, but especially An ABC of Witchcraft; The Rebirth of Witchcraft; Witchcraft for Tomorrow.

Of course, I’m hardly of the caliber of world-shaper that Gygax was, but this was still a fun exercise in self-indulgence (or exhibitionism). If you found this at all interesting, I highly recommend putting together your own Appendix N, even just for a lark. What you find might surprise you! Assembling this list gave me some insights into where I derived my most fundamental assumptions about magic, devotion, belief, faith, praxis, cosmology, mythology, and philosophy. For instance, it never occurred to me just how much store I put in the idea of knowing a thing’s true name, or in speaking the languages of the spirits I call, or in the straight-up power of a sharp knife, a little bit of blood, and a whole lot of will.

So, readers, what books are in your Appendix N? Feel free to leave a comment below, or on the Facebook page.

Until next time, dear ones, happy reading. ♥

About Misha Magdalene
Misha Magdalene (Seattle) is a multi-classed, multi-geek, multi-queer witch and sorcerer with a degree in gender studies and a slightly odd sense of humor. They're an initiate of multiple lines of traditional witchcraft, including Anderson Feri and Gardnerian Wicca, and have also been known to dabble recklessly in both modern ceremonial magic and grimoiric goetia. They've been blogging since 2001, negotiating the online world since 1987, playing Dungeons & Dragons since 1981, and listening to weird music since birth. They live on occupied Duwamish territory in the Pacific Northwest with their polymath partner, their precocious daughter, far too much coffee-making apparatus, and a long-suffering bamboo plant named Smitty. You can find them on Facebook, Twitter, Pinterest, Tumblr, Instagram, and their very own website, or lurking somewhere around the Seattle area, usually hiding behind a cup of coffee. You can read more about the author here.
Previous Post 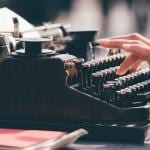 August 20, 2019
So, You Want to Start a Pagan Blog: A Handful of Hard-Won Lessons
Next Post 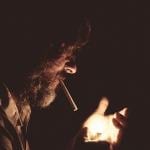 September 27, 2019 Habits and Slips: Paganism's Recurring, Tiresome Problem with Racism
Browse Our Archives
get the latest from
Outside the Charmed Circle
Sign up for our newsletter
POPULAR AT PATHEOS Pagan
1