Scot McKnight’s Definition of Missional Is Similiar (But Different) Than Mine – Because I’m Not Scot McKnight July 5, 2012 Steve Knight

Scot McKnight (an entirely different person than Steve Knight, the author of this blog) has given us his definition of missional, in the context of an excellent review of Don Everts’ new book Go and Do: Becoming A Missional Christian:

“Missional is not a new, fancy, PC, shorn of its weaknesses version of the word ‘evangelism.’ Neither is it equivalent to social justice, and neither is it what many missionaries do. And it’s not counter-cultural, anti-church churches or house churches or outside the box churches. Yes, ‘missional’ has been captured by many who are former ‘evangelism’ people who know this term is more acceptable. But this term has a special meaning, has been worked on hard by scholars like David Bosch, Lesslie Newbigin (picture), Darrel Guder, John Franke, and David Fitch, and I’d like to offer a brief sketch of what it means:

In the comments, Scot clarifies how he sees “missional” being indivisibly tied to the local church: “The kingdom vision of Jesus morphs … into the ecclesia of the early church. So forming local kingdom communities, churches, is the core of what missional will be and where missional is designed to play out.”

I think Scot’s definition is somewhat idealistic (“Nothing can be called missional until …”), because missional is already being defined by people every day from across the theological spectrum. (Evangelicals have a tendency to co-opt and define terms for everyone like this. I don’t hate on them for doing it, I know it’s just the way they’re wired!)

I absolutely agree with him, however, that missional has a history (as defined/described by all the theologians he mentions) that needs to be read and understood in order to really grasp how it is fundamentally different from traditional “mission” or “missions” (or “evangelism” or “social justice,” as he states). The world would probably be a better place if the term missional were reserved for the more narrow application that Scot is describing, but that’s just not the world that we live in (yet — *wink*).

I would also prefer to see Scot’s definition be more action-oriented (e.g., “missional means participating with God in God’s mission”) rather than just descriptive (“It’s about …”, “God summons humans …”), but overall I really think Scot’s definition is excellent.

Even though Scot is an entirely separate human being from myself (he’s evangelical, I’m post-evangelical/progressive, etc.), I like his definition quite a bit. But what do you think? 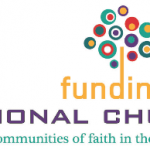 July 5, 2012
What Missional Churches Can Learn from Non-Profits
Next Post

July 6, 2012 Is Our FLOTUS "Missional"?
Recent Comments
0 | Leave a Comment
"Sounds like just a new hipster word for Social Gospel. Just another inventive way to ..."
Greg What Does Missional Mean?
"Who knows what is in mind of the furue and whol will become what but ..."
Tony Williams Who/What Are the “Circuit Riders” of ..."
"Check out the Master of Arts in Missional Christianity at University of Dubuque Theological Seminary. ..."
Christopher B James Missional in Higher Education
"Hello, Steve! Mike Morrell asked me to contact you because he really appreciates your blog ..."
Richard Top 10 Reasons to Make TransFORM ..."
Browse Our Archives
get the latest from
Progressive Christian
Sign up for our newsletter
POPULAR AT PATHEOS Progressive Christian
1