​This week in the Patheos Public Square, Patheos has selected a few “resident experts” from across ​Patheos ​channels to contribute a short opinion piece about a significant trend or event in religion in America and reflect on its broader impact on society and culture.  ​ This post is part of the Faith and Work Channel’s contribution to that discussion. ​

These truths seem obvious enough. The problem is, most of us—in the sprawling American Christian movement/non-movement contentiously called “evangelical”—just aren’t doing our work in a way that brings even the faint odor of Christ to the culture-making task.

That’s one of the primary observations of the growing group of folks thinking together about “faith and work” these days. And then we rush to prescriptions: Evangelize at work. Start a Bible study at work. Find ways that your work allows you to express your God-given gifts and personality. Maybe change jobs if that’s not happening. Push back against ethically questionable practices. Pray more, for yourself and others at work.

But we would do well to calm the hyper-pragmatic impulse for a moment, quiet the frenetic prescriptions, and look to the causes of our problem. Let’s start at “home” – which is to say, in our worshiping communities, our churches.

I have a friend who is a composer. Occasionally he writes a choral piece for use in a church service in his evangelical sub-tradition. And because his knowledge of music goes deep and his training allows him to think and write in melodically, harmonically, and rhythmically sophisticated ways, his pieces can be not only quite beautiful, but also quite complex and challenging for untrained congregants to listen to.

My friend is grateful for such opportunities, and after a service where one of his worship pieces has been performed, some congregants do come up to him expressing heartfelt thanks. Many others, though, are just puzzled, or uncomfortable. “What on earth is this?” they seem plaintively to ask. “Where’s my favorite hymn/chorus/singer-and-backup-track?”

My friend’s admittedly invested assessment of these reactions is that many evangelicals have come to view church music as a consumer commodity: it is there to serve their wants and needs as smoothly and unobtrusively as possible. Anything outside of their comfort zone – any piece of music that does not provide the usual pious emotions with the usual sonic palette – is unwelcome for many.

For these folks, a long-habitual consumer approach to the worship experience has shut down any possibility that they can hear beauty – dare we say even the voice of the Holy Spirit? – in music that is unfamiliar to them. They are not used to having to work to hear music, and the experience unsettles them and puts them off.

Have we really become shallow consumers in our worship lives? Other observations seem to bear this out:

–church-hopping predicated on finding the best programs for our kids.

–worship wars based on styles/demographics.

–most sadly, the increasing tribe who, having had their fur rubbed the wrong way on this or that aspect of their church experience, are giving up on the local church altogether. 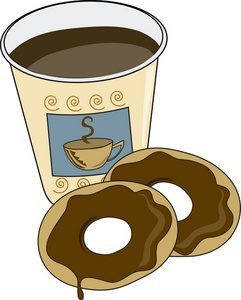 It is easy enough to see that contemporary evangelical churches indulge a sort of manic fetish for pandering to the tastes of their rank-and-file. Christianity Today editor Mark Galli recently described a flier he received in the mail: “A new flavor of church is in town! Whether you prefer church with a more traditional blend or a robust contemporary flavor, at [church name], we have a style just for you! Casual atmosphere, relevant messages, great music, dynamic kids’ programs, and yes, you can choose your own flavor!” The “flavors” the flier advertised were things like “‘Real-life messages,’ ‘Safe and fun children’s program,’ ‘Friendly people,’ and the marketing coup de grace, ‘Fresh coffee and doughnuts!’”

Although this is a banal example, and easy to deride, it indicates a sociological and spiritual truth: evangelicalism has brought something new into the world of religion. It may be considered a uniquely strong instance of what Lamin Sanneh has called the “translatability” of Christianity—a movement whose intense pragmatism could only have emerged on the” blank slate” of the New World’s landscape.

It’s hard to overstate how pervasive in evangelical culture this pragmatic, consumerist trait is, and how deep in its history. Whatever ecclesial forms have seemed to “work” for each new generation and subculture, evangelicals have eagerly taken them up.

The end to which evangelicalism has perpetually reinvented itself has always been immediate access to God. But this pietism has always been pursued in ways that has made evangelicalism, a theologically conservative movement to be sure, culturally liberal to the point (at times) of multiple personality disorder.

One might almost say that evangelicalism has served as a useful bellwether of popular culture in every era. Want to know which way the cultural wind is blowing? Look to the innovative, pragmatic, malleable evangelicals. Born in the newly democratizing climates of eighteenth-century England and nurtured in the free air of America, this movement became a new thing on the religious landscape: a chameleon that shows no signs of becoming any less chameleonic in the twenty-first century than it was in the eighteenth, nineteenth, and twentieth.

With its intensely marketing-influenced impulse (the historical origins of which were explained incisively many years ago by Nathan Hatch in his Democratization of American Christianity), American evangelical churches seem incapable of not appealing to the finely tuned consumerism in which all of us are so thoroughly trained.

We may draw all sorts of conclusions from this observation. I am interested here in just one, and it has to do with our work.

What has our work to do with our worship? The Old Testament term avodah is first used in Genesis to describe the job God gave humanity in the garden. God plants the garden and puts the humans in it. In Genesis 2:15, God sets the trajectory of humankind in the created order. What is their job? To work and keep it – avodah and shamarah.

Pastor Tom Nelson has pointed out that avodah is used in the Old Testament in three seamless ways, to refer to (1) cultivating ground or farming, (2) priestly service in the tabernacle, and (3) craftsmanship. Avodah speaks both of how we work—thus adding value to the raw materials God has given us and making culture, and of how we worship.

Now, consider the impact of the sort of ecclesial consumerism I’ve described:

If (1) consumerism has infiltrated the ways American evangelicals do church and worship,

and (2) our work, as the Biblical Hebrew term Avodah suggests, is part of our worship,

then (3) who should be surprised if evangelicals fail to do their work in a way that bears any distinctive marks of their faith?

If we do our work in a way that lacks any Christian distinctiveness, then (4) how are we to expect to make any significant impact on the culture of our nation?

This is a sobering reality, and one whose solution starts not, again, in our workplaces or in some additive arithmetic (faith + work = Christian culture), but in our very approach to worship itself. If in the House of God we are consumers, susceptible to every wind of the culture around us, then how can we expect to suddenly shine a Christian light and forge a Christian-influenced culture through the work of our hands in the, face it, secular marketplace?

No, if our work as Christians it is to truly make a difference in our country and our world, we need to get our own houses of worship in order. We need to cease the constant consumerist color-changing of our chameleon-like past and drive down some stakes of Christian uniqueness in our worship. Only then can we expect, when we leave from our Sunday services to re-enter our Monday-to-Friday work lives, to bring with us something that looks in any way different from what the tired, sad, confused, and sin-darkened world already has to offer.

August 31, 2014 [VIDEO] What motivates you in your work?
Recent Comments
0 | Leave a Comment
"There have been many studies about the best environments for work/creativity/productivity but management usually follows ..."
John Purssey Why I Don’t Like Open Offices
"Choices are exhausting. And yet there are also so many things that used to be ..."
Marianne Aldrich Why Am I So Tired?
""The best is the enemy of the good." <g>"
billwald Why Am I So Tired?
"Thanks for sharing.....$1000 content writing"
Suhas Barhate This is My Content, Tweeted for ..."
Browse Our Archives
get the latest from
MISSION:WORK
Sign up for our newsletter
POPULAR AT PATHEOS Faith and Work
1