Best Practices for Peace in 2015: Fight For Peace

This post is part of a Patheos Public Square on best practices for peace.  Though Rev. Hall speaks mainly of church relationships here, think about how her advice extends into your own workplace.

Many Christian communities are terrible at navigating disagreement and difference. In the name of peace, we have become chronic conflict-avoiders. The result is not God’s shalom, but rather increasing division, mistrust, perpetual friction, and occasional eruptions. If we want to pursue peace in 2015, we should practice fighting. Starting in our churches and extending into other relationships, Christians should fight 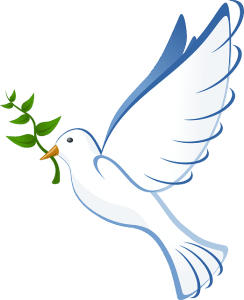 When we are locked in conflict-avoidance, we will go as long as possible before dealing with a problem or speaking with a person with whom we disagree. We smile and dismiss Jesus’ command in Matthew 18, taking it as good advice in general but not anything we would be comfortable doing. The stated goal may be “to keep the peace,” but the result is that we nurse the grievance and reinforce the assumption that conflict and difference cannot be named or addressed among us.

Instead, we can learn to step into uncomfortable places and invite healthy confrontation into the open. Christians can practice saying things like:

–”I really hoped you would visit me and I was disappointed when you didn’t come. What’s going on?”

–”It feels like you’re avoiding me. Is there something I need to apologize for?”

–”I’m hearing anxious comments about our finances. Can we get together to look at the numbers?”

Christian faith, if it is real, is no small matter. God’s promise in Jesus Christ is to remake the whole world including individual hearts and lives. This isn’t the stuff of idle chatter or of easy agreement. When the truth has turned you inside out and upside down, you get pretty attached to it. With brothers and sisters in Christ, we are surrounded by people who have similarly deep convictions and moving experiences. And they point in different directions and lead to different conclusions. Minimizing the scope or the importance of our differences is another face of conflict-avoidance.

The fathers and mothers of the early church understood that the doctrine and way of life they claimed were God’s promise of healing in a broken world, and they gave the best they had to defend those claims against rival understandings. (I recently ran across Athanasius’ defense of the Nicene Definition http://www.ccel.org/ccel/schaff/npnf204.xiv.ii.i.html, and it is clear that he was not pulling punches) We need to own up to the fact that our disagreements really do matter. We need to speak with a Spirit-fueled passion of our own deepest convictions. And we need to do all of it with the hope and trust that God may use our efforts to God’s glory.

A big reason we avoid conflict is that we are scared of how it may go. In churches, communities, legislatures, and denominational governing bodies, we see plenty of examples of unhelpful posturing, unrestrained contention, and the gridlock and mistrust that result. If the only alternative is terrible, soul crushing battle that leads us nowhere, conflict-avoidance seems attractive by comparison. Sure, we may not be able to talk about anything with much substance, but at least we can avoid tearing one another apart.

This is a false opposition. Being good to one another and fighting well are not mutually exclusive. They are mutually reinforcing. When we care enough about the truth to fight for it and we care enough about the other to treat them as a beloved child of God, we are open to be touched by God’s transforming grace. The letter writers of the New Testament knew this. They laid out ground rules which mark out the space in which Christians can fight well.

As James puts it: Know this, my dear brothers and sisters: everyone should be quick to listen, slow to speak, and slow to grow angry. 20This is because an angry person doesn’t produce God’s righteousness. (James 1:19-20 CEB)

Or Paul: Put aside all bitterness, losing your temper, anger, shouting, and slander, along with every other evil. Be kind, compassionate, and forgiving to each other, in the same way God forgave you in Christ. (Ephesians 4:31-32)

In order to fight well, we will have to adhere to the basics of civility. We must seek to understand as well as be understood. We will have to hold the common goal of abiding in God’s grace and living as signs of that grace in a hurting world.

Our world has countless examples of bad, destructive, graceless conflict. Christians who want to build peace can practice fighting early, hard, and well so that we learn new ways of engagement in our own communities and provide alternate visions of dealing with difference and disagreement in a world full of both.

L. Elaine Hall is pastor with Bethelview and Valle Crucis United Methodist Churches in the high country of North Carolina. She is married to Clint and parents to small boys. She blogs occasionally at http://www.justwriteitwncc.blogspot.com/. 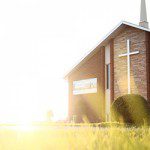 January 7, 2015 The shark tank of social entrepreneurship
Recent Comments
0 | Leave a Comment
"There have been many studies about the best environments for work/creativity/productivity but management usually follows ..."
John Purssey Why I Don’t Like Open Offices
"Choices are exhausting. And yet there are also so many things that used to be ..."
Marianne Aldrich Why Am I So Tired?
""The best is the enemy of the good." <g>"
billwald Why Am I So Tired?
"Thanks for sharing.....$1000 content writing"
Suhas Barhate This is My Content, Tweeted for ..."
Browse Our Archives
Related posts from MISSION:WORK