This is not the first evangelical crossroads

This is not the first evangelical crossroads July 22, 2015 Jennifer Woodruff Tait 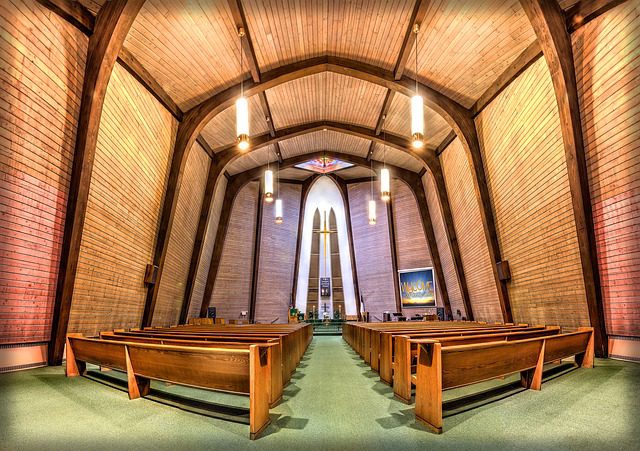 A long time ago, as a precocious United Methodist teenager, I went to college. It was a Christian college in the “historically denominational but now in many ways secular” mold, not the “small evangelical school with a behavior covenant” mold.  My mother, who had helped me choose this school in preference to the small-evangelical-with-a-behavior-covenant school she had attended, was still worried enough about the kinds of experiences I might encounter that she told me to seek out other Christians on campus. So, being precocious but also fairly dutiful, I went to weekly InterVarsity Christian Fellowship meetings.

The people I met there were very nice and very welcoming.  They obviously loved Jesus, just like I did.  But they worshiped and studied and acted out their Christianity in very different ways than I did. They sat on the floor in circles and sang songs with guitars, reading the lyrics and chord symbols off of overhead projectors. They even sang songs off of overhead projectors at church, and they sat on chairs, not pews. When they met in groups, they studied the Bible with little guidebooks that asked them very practical questions, and they seemed never to study anything except Paul’s epistles.  They asked me when I had “become a Christian” (my answer: “Um, I’ve always been one?”) They carried Bibles in fluffy covers to church with them.  About the only cultural thing we had in common was the total abstinence from alcohol preached by both our backgrounds.

You’ve heard of the term “spiritual but not religious.” Over the years I’ve developed another one, and frequently used it to describe myself: “doctrinally orthodox but not culturally evangelical.” I think the future of evangelicalism depends in large part how it makes its peace with people like me, and how strenuously it decides to work on boundary maintenance instead. And the past may give us some keys to the future.

Evangelicalism did not arise, fully formed, from nowhere in the 1970s along with the guitars and the chord charts.   I could go back to Wesley and Watts and Whitefield if I had more space, or to German Pietists, but for now just let me say that a broadly evangelical consensus characterized American Protestantism in general in the nineteenth century. (Dear historian colleagues, forgive me for the lack of nuance in what follows.)

It was (in the famous definition of evangelicalism by David Bebbington) focused on the Bible, the cross, conversion, and activism–and not only personal activism in the saving of souls, but social activism. That evangelical consensus lurks behind not only the temperance movement (for reasons that had to do with seeking the common good of society as much as they did prohibiting the fun of individuals) but behind women’s suffrage, the abolition of slavery, and a host of other social issues, including many we now call progressive today. 19th-century evangelicals saw themselves as poised to make a real difference. They even succeeded in making a core segment of their activism–total abstinence from alcohol–the law of the land. And then in 1933 they were handed a huge legal defeat. Prohibition was repealed.

For that reason and others (like the 1925 Scopes trial) people said that evangelical cultural ascendancy was over. The people many called “fundamentalist,” thanks to a booklet series from the early 20th century which focused on explaining the “five fundamentals” of Biblical religion in opposition to more modernist conceptions, retreated from public view. They developed their own networks of schools, newspapers, radio stations, and legitimizing cultural institutions. But some of them, feeling too exiled from the world they knew Jesus had sent them to help reach, emerged from that retreat and founded the National Association of Evangelicals in 1942. It would not compromise Biblical truth, but it would adopt a more winsome tone. It would seek to participate in the culture, in moderation, in order to reach the culture.

More liberal Christians thought that, in 1925 and 1933, fundamentalism had been killed off forever. No one was more surprised than the Protestant mainline when, from the Jesus People of the 1970s to the Moral Majority of the 1980s all the way up through today’s mix of megachurches and underground hipster communities, the evangelical movement, born from those fundamentalists who did not want to be separate from the world, came roaring back: in politics, culture, and churches. Even mainline churches. Fights broke out and are still breaking out over what people said in worship, what they sang, who they ordained, and why.

And in the middle of those fights sat a whole lot of people like me, people who held to all the beliefs in the Apostles’ and Nicene Creeds but who found navigating the light shows and chord charts of evangelical worship, the shibboleths of evangelical political views, and the hostile tone of it all mystifying. (Even among Patheos channels we Protestants must choose between Evangelical and Progressive channels, though people are working to stake out a space in the middle.)

What’s more, in the 20 years or so since I was a young person, many younger evangelicals have found themselves increasingly drawn to forms of prayer, life, and study from generations, even centuries prior. They adopted monastic disciplines. They reincorporated formal liturgies into their worship. They sought to be active in realms of social as well as personal spirituality. And in some cases, they turned around and noticed that some of us older folks had been doing similar things all along.

Obergefell v. Hodges makes a handy demarcation and crossroads. It is quite possible that in 2020 the walls will have gone back up as they did after 1933: the separate magazines, the separate colleges, the separate radio stations, the separate churches, the railing against a culture that seems, once again, to have irredeemably gone over the edge. Though some decline has been observed, the movement will remain, for the time being, strong and self-reinforcing behind cultural and theological fortifications.

It is also possible that, with fear and trembling, evangelicalism will begin to realize that its future lies in cooperating with those of us who never carried fuzzy Bibles to church, and who are used to worshiping alongside people we disagree with instead of withdrawing to start our own “purer” fellowships–but who believe that Jesus came as the incarnate Son of God, fully man and fully God; lived, preached, healed, worked miracles, was executed on a cross, rose from the dead, ascended into heaven, and sent us out in the power of the Holy Spirit to transform the world on a personal and social level. There are a lot of us in mainline churches, a lot more than you may think. (And yes, the mainline churches need to meet evangelicals halfway-but that’s another blog post).  We could use your help over here.  🙂

If, in 2020, there was less of a solid evangelical bloc–politically, socially, culturally, theologically–but there was a reinvigorated, more united American Christianity that preached Jesus and lived Jesus out in transformational ways–would that be such a bad thing? A movement that dies to its specific cultural manifestations in order that something larger may be reborn, that leavens thousands of small places with its reforming energy, is not a movement that has failed.

July 22, 2015
Facing Facts About the Future of the Church in America
Next Post

July 22, 2015 Young, Restless, and Immediate: The Future of Evangelicalism
Recent Comments
0 | Leave a Comment
Browse Our Archives
get the latest updates from
MISSION:WORK
and the Patheos
Best of Patheos
Channel
POPULAR AT PATHEOS Faith and Work
1

How Can We Exalt God?
The High Calling
Related posts from MISSION:WORK