The Fragmentation of Evangelicalism 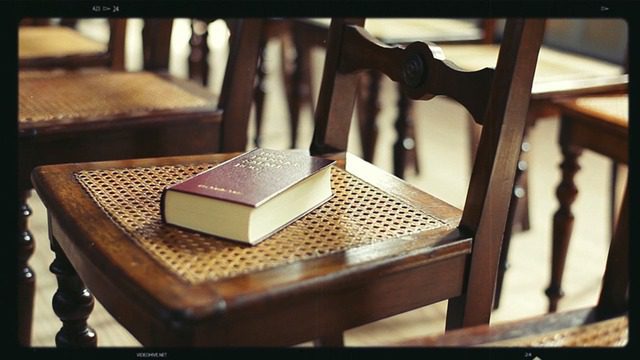 In their seminal 2010 book, American Grace, Robert Putnam and David Campbell describe the story of American religion since the 1950s as an earthquake with two aftershocks. The earthquake, they suggest, was the sexual revolution of the 1960s. This concern over sexuality led to the first aftershock, the rise of publicly organized Evangelicalism. From the founding of Falwell’s Moral Majority in 1979 through the Christian Coalition (ending in about 2000), evangelical organizations led the fight in the Culture Wars. The second aftershock, Putnam and Campbell suggest, is a reaction in society in general against the strident tones of these evangelical figureheads.

I’d add important qualifiers to the Putnam/Campbell argument. First, the disruptions of the 1960s included the rise of women in the workforce, civil rights legislation, the Vietnam War and its detractors, and youth culture in general. If we conceive of the 1950s as a period of American calm (including culturally defined nominal church attendance), then the 1960s represented a break from “normal”. The sense that “something is wrong” is central to the evangelical ethos. Second, as Molly Worthen documents in Apostles of Reason, considerable diversity existed across denominational lines within evangelicalism; not everyone was putting their eggs in the culture war basket. Third, there has always been an important sociological distinction between the positions of leaders of religious movements and the positions of the rank and file. Leaders of the Moral Majority, Focus on the Family, and the like had a vested interest in promoting an adversarial stance with culture not necessarily shared by the average evangelical.

Just before the turn of the 21st century, sociologist Christian Smith suggested evangelicals were “Embattled and Thriving”: opposition to the surrounding culture was key to understanding evangelical strength. This was a reasonable characterization of evangelical identity prior to Putnam and Campbell’s second aftershock.

The terrain following the second aftershock looks very different. There are many factors impacting contemporary evangelical identity. I’ll focus on four mutually reinforcing factors: the rise of the Nones; the decline of institutional authority; the role of social media; and generational change.

Taken together, these forces frame my central thesis: we are seeing a fragmentation of evangelical identity. The question, “who are the Evangelicals?” is significantly contested ground.

Recent years have seen a tremendous increase in those who claim no religious affiliation. As Ed Stetzer and others have noted, this reflects the loss of “cultural Christians” leaving primarily “convictional Christians” in church. The rise of the Nones requires that believing Christians clarify stances that could have simply been assumed in earlier periods. Two byproducts arise from this: first, “the world” is looking at Evangelicals with a more caustic eye; second, clarifying theological stances actually illumines points of contrast among the convictional Christians.

Survey data shows a significant decline in trust in institutions. Religious institutions have suffered this loss along with political, educational, and corporate institutions. As this distrust is coupled with concerns over autocratic leadership or various forms of abuse within the church, it fosters a backlash. Recent research on the “Religious Dones” illustrates the extent to which some convictional Christians are rebelling against strong religious structures.

These three patterns are all more acute within the millennial generation (born between 1981 and 1997). This group is more aware of diverse voices, more tech savvy, and less institutionally connected than preceding generations. They came of age during or after Putnam’s second aftershock and see the relationship between church and society very differently (e..g, nearly half of millennial evangelicals support same-sex marriage). Community and authenticity are highly valued, which feeds the suspicion of institutional forms.

The next decade of evangelical life will be hotly contested within the group we’d consider as convictional Christians. The question, as Baylor theologian Roger Olson wrote this month, is whether the evangelical tent is large enough to handle the discussions and differences.

It would serve evangelicals well in the coming decade to return to David Bebbington’s definitional criteria for evangelicalism: high regard for scripture, the importance of Christ’s death on the cross, the need for conversion, and the need to share God’s Good News.

If evangelicalism can focus on affirming these core principles, even while disagreeing on broader issues, its impact on society will be substantial. If evangelicalism can’t build a big enough tent around those central pillars, it will mire in conflict and fade into irrelevance. 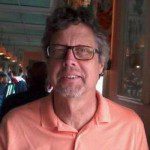 John Hawthorne is professor of sociology and chair of the social science division at Spring Arbor University in Michigan. He has devoted his career to Christian higher education, serving as classroom teacher and administrator. He earned his BS, MS, and PhD in sociology at Purdue University, specializing in the sociology of religion and social psychology. He taught sociology at Olivet Nazarene University and Sterling College. He served as VP for Continuing Education at Sterling, VPAA at Warner Pacific College, and Provost at Point Loma Nazarene University before returning to the classroom at Spring Arbor in 2011. His time as an academic administrator gave birth to study in the nature of Christian higher education and the emerging shape of learning and teaching.

John has two active research projects. One involves a fresh approach to explaining Christian higher education beginning with students and building from there. This culminated in A First Step Into a Much Larger World: The Christian University and Beyond available from Wipf and Stock. The second related project is the changing nature of American Evangelicalism, especially as experienced by the millennial generation. 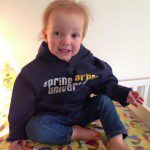 John’s personal interests include coffee, reading, and biking. He is a non-repentant political junkie. He is also grandfather to Rosa, one of the cutest little girls ever.

July 22, 2015
Neither Falwell nor Benedict, But a New Creation
Next Post