Sharing stories of failure can give people the power to succeed

Sharing stories of failure can give people the power to succeed September 2, 2015 Guest Contributor 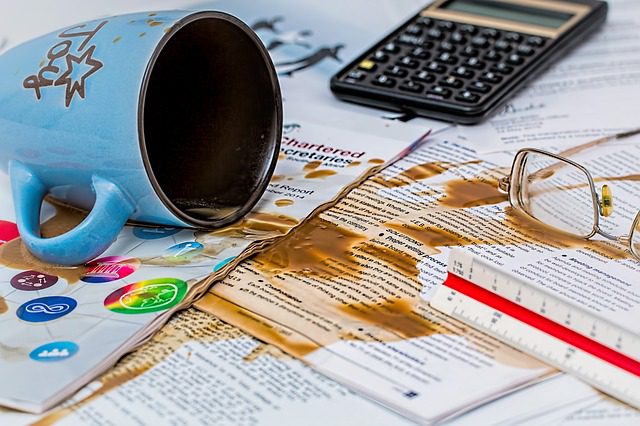 Honest conversations about failure help people realize that they are not alone in their struggles, and that can give them the encouragement to succeed, says a founding partner of Failure:Lab. This post was first published in Faith and Leadership.

By showcasing personal stories of failure, Failure:Lab helps people “pave the way for change” by realizing they are not alone in their struggles, says one of the company’s founding partners, Jonathan Williams.

Located in Grand Rapids, Michigan, Failure:Lab stages TED-like events at which successful people talk about their own failures and struggles. The storytellers offer no lessons or prescriptions for success, which frees their listeners to find their own meaning in the stories.

“It gives you hope when you see someone who looks so successful but the truth is, they’ve gone through all of these tough times just like you are,” Williams said. “It encourages you to say, ‘All right! If they can overcome it, I can overcome it.’”

Failure:Lab is not about failure but about resiliency, he said.

Williams works primarily in business development and strategy for a digital agency called brightly. He’s also an entrepreneur, business growth consultant and TEDx alum. He spoke recently with Faith & Leadership. The following is an edited transcript.

Failure:Lab is an event company that showcases personal stories of failure. We take successful people and put them on a stage where they talk about a personal struggle or failure that they’ve gone through.

Basically, it shares the context — the back story — behind success, in order to help people learn from failure, grow from it, be more comfortable talking about it and ultimately get rid of some of the stigma and fear around failure.

Our format, as far as we know, is the only one in the world that shares failures without sharing a lesson. That’s our magic ingredient.

Usually, we have six pre-vetted and pre-coached storytellers, who each talk about 10 minutes. And the clincher is this kind of backward story crafting. They build up to the bottom — they build up to the lowest point of their story — and they leave the audience with that as a cliffhanger.

We then invite the audience to share the lessons that they took away from it or what it made them think about. What happens when you don’t justify or blame-shift what you did is that you get people being very introspective, and they’re thinking about how the story connected in their own lives.

Then we allow people to either tweet the hashtag #failure:lab or write their lessons in the program, and then all of this is published online, which then becomes a kind of growing, living conversation that is pushing back on the stigma and the fear.

Q: So at the actual event, there isn’t an audience discussion? It’s all just tweeted or posted online?

Yeah. After each story, a giant clock on the back wall counts down from 90 seconds, and that’s everyone’s time to reflect and tweet or write. But it’s not discussion. During the events, it feels very much like an intimate play.

The events are minimally produced. There’s not a host or an emcee or programming in between. It goes from storyteller to musician to storyteller, so it’s kind of this roller coaster of stories and music.

And then at the end, we always throw an after-party, where people can talk with the storytellers.

Our special ingredient is that when you don’t tell people what to think, you actually get to hear what they’re thinking. That’s our magic of leaving people with a cliffhanger, so that they really have to think about it themselves.

Q: So the storytellers don’t share any lessons. They don’t say, “Here’s what I learned.”

If you and I are sitting down and you’re telling me about your success and your accomplishments, sometimes that can shut people down. Maybe I’m going through a tough struggle, and I’m like, “Man! I am so far behind this person.”

But with our format, first, you’re being vulnerable. You’re being honest. You’re talking about some of the struggles that you’ve gone through.

That’s universal. All of us have struggles.

But what’s funny about humans is, more often than not when we’re going through a struggle, we feel like we’re alone. So that’s what we’re tapping into by not sharing those lessons — just leaving it out there. Instantly, that vulnerability goes around all of our defenses.

Whereas if [the storyteller] is instantly justifying or laying blame or getting angry or bitter, then we as listeners kind of have our defenses up. We’re saying, “Well, it wasn’t your fault. Whose fault was it?”

Well, we’re not talking about fault. We’re just talking about the actual situation, and it allows us to think of our own situations, and that’s where it’s really been very special and very impactful.

Again, it’s counterintuitive, and it’s unlike any event that I’ve ever been to. It opens people up where they want to share their own stuff. And that’s kind of the whole purpose of it. If you want to have honest conversations about success, you need to be able to have conversations about what isn’t going well.

Q: Does the storyteller, the one who went through the failure, often find new insights? Maybe the lesson wasn’t what he or she thought it was? (Click below to read more!) 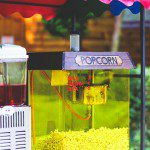 August 31, 2015
5 kids' movies that teach us ALL things we really need to know
Next Post

September 3, 2015 NEWS: World-Renowned Artist Makoto Fujimura to Join Leadership of Fuller Seminary
Recent Comments
0 | Leave a Comment
Browse Our Archives
get the latest from
MISSION:WORK
Sign up for our newsletter
POPULAR AT PATHEOS Faith and Work
1