5 kids’ movies that teach us ALL things we really need to know August 31, 2015 Guest Contributor 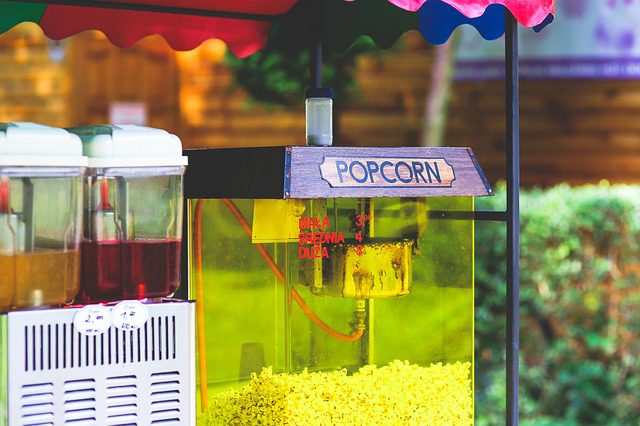 A spry student could probably write a whole thesis––or maybe even a dissertation, for all I know––about how the Toy Story films function as allegorical explorations of how we ought to live in a world governed by an unpredictable God. The toys are are our heroes, but the films are just as much about their Owner, Andy. If A Bugs Life presents a world in which the closest thing our heroes have to God(s) are oppressive colonialist grasshoppers, Andy is far more like the Christian God: our toys voluntarily love and serve Him because He loved them first; in Him they find their meaning and life’s work.

This is why the the central problem in Toy Story III is so dire: Andy is leaving for college. When I first saw the film (about to leave for college myself), I had no clue how it would resolve. It broke with the God-like narrative: Andy is just a guy; we want him to go to college and mature; he can’t sit around playing with his toys forever. But we also care for the toys, who feel understandable pangs of existential malaise over the whole situation.

This is why the ending––which I’ll refer to obliquely here––cements Toy Story III as one of the most important childrens’films of the last 10 years. Toy Story III culminates with the sort of other-centered self-sacrifice that brings the core of the Gospel in quivering, hear-wrenching, tear-wringing focus. (Think A Tale of Two Cities. Yeah, like that.) It presents a form of love that is even greater than the insular love of a boy and his toys: it presents a love that is ever expanding outward, claiming new terrain, drawing others in, despite the pain and sacrifice involved. If Toy Story III leaves you crying––spoiler alert: it will leave you crying––that might just be because the film exemplifies a vision of the world we’ve wanted all along.

Modern children grow up inundated by the pressures and temptations of the Free Market. That sentence might sound like it was lifted from a college freshman’s first paper, but it’s true nevertheless. And franchise movies are a large part of this system.

The LEGO Movie is part of this system––and that’s part of what makes it so remarkable. The LEGO Movie uses The LEGO Group’s own market strategy as a pretext for its central conflict: individual Lego Worlds are arbitrarily separated; world designs and instructions are pre-manufactured by Lord Business; individuals are hardly more than stiff Consumption Robots. By giddily riffing on all sorts of anti-totalitarian narratives, The LEGO Movie both exemplifies and suggests a different vision: life in the age of multinational capital can be a life in which corporate products are merely pretexts for the texts that we create in intentional community. The LEGO Group can make the parts, but what’s most significant is how we put the pieces together. And, yes, we have the power to put the pieces together.

Part of what makes The LEGO Movie so transgressive is that it isn’t ultimately anti-Capitalism or anti-Business or anti-Structure or anti-Rules; instead, it’s pro-creativity, pro-teamwork, and pro-structure, so long as the structure is created (and, if need be, modified) via conversation and collaboration. (Appropriately,The LEGO Movie was directed by two of Hollywood’s most talented collaborators, Phil Lord and Christopher Miller.) The LEGO Movie presents a significant, practical vision of how we can build a better world, brick by brick.

Oh, and it’s really funny, too.

3 and 4. Inside Out/Where The Wild Things Are

Inside Out has gotten a lot of (deserved) press for its redemption of Sadness––both the character and the emotion. But Inside Out’s greatest strength is also its greatest limitation: the film is fascinated with deeply imbedded mental structures. It really cares about how cogs in the Mental Machine work together or pull apart. Inside Out is a shining example of the (borderline extinct?) Pilgrim’s Progress-type allegory. Mental and emotional characteristics are cleverly incarnated; cognition is humanized. One can easily imagine the film working as a bridge between more concrete, childlike understandings of emotional life and more abstract, nuanced notions of how emotions relate to world experiences. This alone makes the film notable and valuable.

But I have to wonder: when I feel joy and sadness at the same time (or, more accurately, joy through sadness? C.S. Lewis: “All Joy reminds. It is never a possession, always a desire for something longer ago or further away or still ‘about to be’”), is it really right to portray these emotions as separate individuals in my head, even if the individuals are holding hands or working together? Or is there something amorphous and inseparable about emotional life, something that makes personifying emotions as separate characters a little too reductive?

While I admire Inside Out’s ingenuity, I think I lean toward the latter opinion, which is why I also think that Where The Wild Things Are is a perfect companion for Inside Out. Inside Out and WTWTA both deal with difficult life transitions (a cross-country move in Inside Out is a divorce in WTWTA), but if Inside Out is skillful pointillism, WTWTA is breathtaking abstraction and even surrealism: a young boy’s mental anxieties refracted and manifest through dream logic in ways that feel both universal and particular.

The result feels intimate, angry, buoyant, and sad all at once––or, more precisely, these different emotions come in subsequent waves, just as they do for real people. Children’s films have dealt with life’s difficulties at least since the oft-dreaded Ol’ Yeller, but almost never in ways as nuanced and just plain pure as Where The Wild Things Are. Without ever explicitly saying it, Where The Wild Things Are says: “Anger is normal. Fear is normal. Sadness is normal. Jealousy is normal. It’s okay: love and joy remain. Supper waits.” It’s less of an arbiter of morality than a cinematic therapy session or a vehicle for healthy catharsis. The latter two are just as important as the former, in my opinion, if not even more so.

How do we delineate between “children’s films” and “adult films”? That last label has different meanings, of course, some of which determine this distinction: no sex in kids’ films, no swearing, and so on and so forth. But when it comes to Pixar films, these delineations can often feel silly: this is especially true for Up, which opens with perhaps the most beautiful, mature (i.e.: invoking lived wisdom, the fruit of longevity) sequence I’ve seen in any film, period. For young children, I can only imagine that the sequence functions like an empathy inoculation: it’s like an IV straight in the heart and it does the near-impossible: it allows kids to empathize with an old man protagonist, to identify with experiences so very, very different than their own. If the film were to stop there, it would already be a masterpiece.

But it doesn’t. The nuance of Up also stems from its knowledge that families can be broken in various major ways––kids can lose parents; old men can lose wives, children––and mutual healing can occur through the process of willing adoption. Up reminds us that it’s never too late for redemption. It reminds us that even calcified wounds can heal. A strange lesson for a children’s’ film, you might think, but what better lesson to learn early in life? Up is neither cynical nor idealistic; it’s both giddy and wise.

This is, ultimately, why children’s films can function as such wonderful visions of morality: rather than preaching or lecturing or commanding (forms that have lost power in our jaded post-Stalin post-Hitler post-L Ron Hubbard age), they can exemplify the fruit and beauty of moral living, of goodness, without feeling caught between the the entertaining idealism of, say, rom coms, and the Serious Amorality of Gritty Hard-Hitting Oscar Bait Dramas. Films like Up float along at their own elevation, and they carry us right along with them. 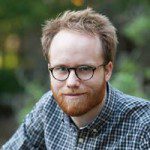 Nathan Roberts is a PhD student in Film and Visual Studies at Harvard University. His memoir on media interaction is forthcoming from Hendrickson Publishers in 2016. See more at facebook.com/nathanrobertsauthor and nathandroberts.com. He likes to tweet, mostly jokes, @nathandroberts. 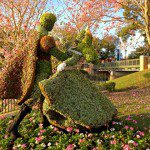 August 31, 2015
A New Disney for a Renewed America
Next Post

September 2, 2015 Sharing stories of failure can give people the power to succeed
Recent Comments
0 | Leave a Comment
Browse Our Archives
get the latest from
MISSION:WORK
Sign up for our newsletter
POPULAR AT PATHEOS Faith and Work
1