Why culture-shapers are at the center of what God is doing October 21, 2015 Guest Contributor 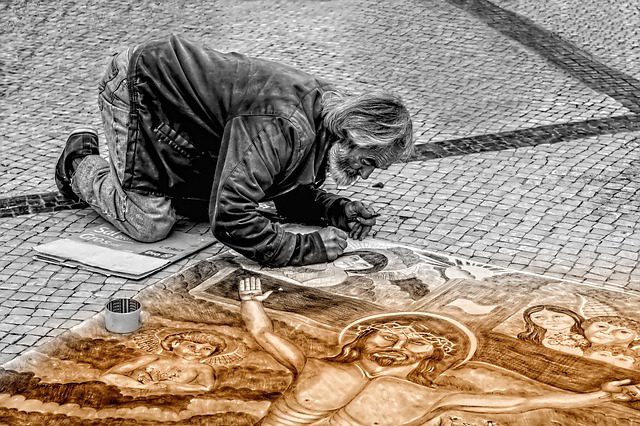 Every 500 years Western Civilization goes through a shift. These shifts are profound and take around 100 years to accomplish.  If we look back in time, these rough demarcations can easily be identified.   If we can look back through time, we would see that the Hellenistic era, and the flowering of Greek culture and thought began around 500 BC.  This was right around the time that Darius released the Jews from captivity in Babylon and they returned to their homeland.

Here we are, five hundred years later, and our world is going through a cataclysm.  It’s hard to get perspective about events that are so close, but in the last one hundred years the two largest wars in human history occurred, two plagues (cancer and HIV/AIDS) have ravaged millions of people, the Roman Catholic Church called the second Vatican Council and embraced nearly all the reforms demanded by Martin Luther, and we have experienced a technological revolution that is beginning to eclipse even the imaginations of science fiction.

Over the past decade the role of art and artists in this new world has become more and more clear. As I hear often, “design is the message.”  In this new 500 year cycle the international language is visual and multisensory.  When I am invited to speak in a new location, I begin with this introduction:

Artists and creative people, who I have labeled “the culture shapers,” are now in the center.

Over the past decade a number of people have been breaking down society into seven “mountains.”  Although this was a good step toward the church engaging with the culture, it still reduces the world into segments. Rather than an easily compartmentalized world, our world is becoming more and more interconnected.  The realm of creativity, the realm of design, and the realm of story now touches all of these seven “spheres.” The arts impact government, finance, education, science, industry, and entertainment.  Just look at your personal electronic device–be it a watch, pad, tablet, phone, or some unforeseen gadget of the future.  Artistry, design, and creativity cannot be removed from it, the message it communicates, or how the message is communicated.

Five hundred years ago the church in the West embraced the idea that theologians and thinkers needed to be in the academy.  As a result, some denominations encouraged even the pastor of a small town parish to complete a doctorate.  We are quickly seeing that the internet and all it’s implications are making degrees and the specializations of a few elites an increasingly absurd anachronism.   Because of this, artists and creative people, culture shapers of all kinds, need to be able to think. They need to do theology.  They need to understand the foundations of their faith, and they need to be able to use those foundations to work out their salvation in a very real world.

The mystery of the Christian faith is summed up in three sentences: Christ has died. Christ is risen. Christ will come again.  Today we live in the tension between the second sentence and the third. I believe firmly that we are on the verge of a new Renaissance. God is raising up culture shapers who can rebuild a ruined city, and prepare us for an eternal one.

Christ John Otto is Director of Belonging House and author of An Army Arising.  This post is adapted from his new book in process, The Ark Made Flesh: Mary and the Creative Life. Read more of his thoughts on Christians and culture at MISSION:WORK here.  Image: Pixabay.

October 22, 2015 Shining God's light on a corner: Sunshine Gospel Ministries
Recent Comments
0 | Leave a Comment
"There have been many studies about the best environments for work/creativity/productivity but management usually follows ..."
John Purssey Why I Don’t Like Open Offices
"Choices are exhausting. And yet there are also so many things that used to be ..."
Marianne Aldrich Why Am I So Tired?
""The best is the enemy of the good." <g>"
billwald Why Am I So Tired?
"Thanks for sharing.....$1000 content writing"
Suhas Barhate This is My Content, Tweeted for ..."
Browse Our Archives
get the latest updates from
MISSION:WORK
and the Patheos
Best of Patheos
Channel
POPULAR AT PATHEOS Faith and Work
1