Households and economic injustice in the Old Testament

In the first part of this article we looked at how the family is foundational to property systems and economic flourishing in the Old Testament. The household was simultaneously a familial unit and an economic unit, and the connection between the two was of essential importance. In this second part, we will look at how the destruction of this unity of the household was a key cause of the prophets’ outrage.

The rise of the monarchy was a direct threat to the household-based system of hereditary property rights. It is probably not an overstatement to suggest that the bulk of the prophetic critique about the abuse of the poor comes from the monarchial destruction of these rights.

The classic warning about the monarchy is found in I Samuel 8:1–18. The sons of Samuel the prophet are corrupt, and the people cry out for a king: “You are old and your sons do not follow in your ways; appoint for us, then, a king to govern us, like other nations” (I Samuel 8:5). Samuel is distressed but the LORD tells Samuel he will give them a king. However, a warning is part of the deal:

These will be the ways of the king who will reign over you: he will take your sons and appoint them to his chariots and to be his horsemen, and to run before his chariots; and he will appoint for himself commanders of thousands and commanders of fifties, and some to plow his ground and to reap his harvest, and to make his implements of war and the equipment of his chariots. He will take your daughters to be perfumers and cooks and bakers. He will take the best of your fields and vineyards and olive orchards and give them to his courtiers. He will take one-tenth of your grain and of your vineyards and give it to his officers and his courtiers. He will take your male and female slaves, and the best of your cattle and donkeys, and put them to his work. He will take one-tenth of your flocks, and you shall be his slaves. And in that day you will cry out because of your king, whom you have chosen for yourselves; but the LORD will not answer you in that day.  (I Samuel 8:11-18)

Notice verse 14 in particular: “He will take the best of your fields and vineyards and olive orchards and give them to his courtiers.”

One of the biggest challenges of the transition from the tribal system to the monarchy was with the centralization of power. Along with taxation, we see centralization of government. Under the tribal system, all economic activity was located within the tribe, and each tribe was autonomous. The development of the monarchy and its tax system required new administrative functions at the national level.

In I Kings 4:7, we read that Solomon had twelve officials over all Israel. Each official was to provide food for the king and his household for one month of the year. The provisions were extensive. In I Kings 4:22, we have a list of daily provisions: 3,000 gallons of choice flour, 6,000 gallons of meal, ten fat oxen, 20 pasture-fed cattle and one hundred sheep. In addition, there was a large quantity of wild game. The administrative districts also were responsible for barley and straw for Solomon’s stables. Furthermore, Solomon conscripted many people into forced labor for the building of the temple and for other projects.

As foreign territories were acquired by the various kings, differing concepts of land tenure began to be adopted. With the advent of forced levies and taxation of both people and goods, we see the development of a wealthy class who maintained their position through grants and favors. This resulted in the accumulation of large estates at the expense of small farmers.

This was the economic situation that drew the ire of the prophets. One of the clearest examples of centralizing reform and its impact on the hereditary land tenure system can be found in the story of Naboth’s Vineyard:

Naboth the Jezreelite had a vineyard in Jezreel, beside the palace of King Ahab of Samaria. And Ahab said to Naboth, “Give me your vineyard, so that I may have it for a vegetable garden, because it is near my house; I will give you a better vineyard for it; or, if it seems good to you, I will give you its value in money.” But Naboth said to Ahab, “The LORD forbid that I should give you my ancestral inheritance.” Ahab went home resentful and sullen because of what Naboth the Jezreelite had said to him; for he had said, “I will not give you my ancestral inheritance.” He lay down on his bed, turned away his face, and would not eat.

His wife Jezebel came to him and said, “Why are you so depressed that you will not eat?” He said to her, “Because I spoke to Naboth the Jezreelite and said to him, ‘Give me your vineyard for money; or else, if you prefer, I will give you another vineyard for it’; but he answered, ‘I will not give you my vineyard.’ ” His wife Jezebel said to him, “Do you now govern Israel? Get up, eat some food, and be cheerful; I will give you the vineyard of Naboth the Jezreelite.”

So she wrote letters in Ahab’s name and sealed them with his seal; she sent the letters to the elders and the nobles who lived with Naboth in his city. She wrote in the letters, “Proclaim a fast, and seat Naboth at the head of the assembly; seat two scoundrels opposite him, and have them bring a charge against him, saying, ‘You have cursed God and the king.’ Then take him out, and stone him to death.” The men of his city, the elders and the nobles who lived in his city, did as Jezebel had sent word to them. Just as it was written in the letters that she had sent to them, they proclaimed a fast and seated Naboth at the head of the assembly. The two scoundrels came in and sat opposite him; and the scoundrels brought a charge against Naboth, in the presence of the people, saying, “Naboth cursed God and the king.” So they took him outside the city, and stoned him to death. Then they sent to Jezebel, saying, “Naboth has been stoned; he is dead.”

As soon as Jezebel heard that Naboth had been stoned and was dead, Jezebel said to Ahab, “Go, take possession of the vineyard of Naboth the Jezreelite, which he refused to give you for money; for Naboth is not alive, but dead.” As soon as Ahab heard that Naboth was dead, Ahab set out to go down to the vineyard of Naboth the Jezreelite, to take possession of it. (I Kings 21:1-16)

Notice first that Ahab simply cannot go and take Naboth’s land. Under the laws of Israel, hereditary property rights are so strong that even the king doesn’t have the power to confiscate land. Rather, he has to trump up charges of blasphemy and treason against Naboth in order to kill him and take his land.

Notice also the response of Jezebel. She is not a native of Israel, and takes for granted an understanding of property rights from her native Tyre. Nevertheless, even she realizes Naboth must be accused of treason before his land can be taken.

This is one of the earlier examples of confiscation of hereditary land. Notice the scathing critique of the prophet Elijah in the next few verses:

While the story of Naboth’s vineyard gives us the most developed account of such land seizure, we see that it continued throughout the monarchy. As centralization continues, we witness the development of a powerful class of landowners who are oppressing and displacing the small peasants from their inherited land.

The passage from Micah is especially illustrative. It demonstrates that the land and the presence of Yahweh are intimately connected. If you drive the women out of the land, you remove their children from Yahweh’s glory.

The Old Testament prophetic witness against economic injustice remains relevant today. Even though we are no longer living in a land-based economy, households rely on secure property rights to be economically sustainable. When the state uses its power to bestow economic favors on cronies of the political class, it does so by taking away the sustenance of the households it governs. And when the poor are kept in a state of economic dependence instead of being given opportunities to support themselves through their own work, this takes away their power over their own lives and props up unjust privilege of the powerful. We should echo the voice of the prophets in the face of this cronyism and oppression.

Keith Reeves is professor of biblical studies at Azusa Pacific University.   Reprinted from the Oikonomia Network. Image: ON.

January 15, 2016
Family, land, and households in the Old Testament
Next Post 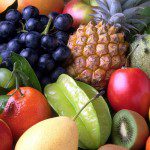 January 19, 2016 From the archives: Good fruit, thorny endeavor
Recent Comments
0 | Leave a Comment
"There have been many studies about the best environments for work/creativity/productivity but management usually follows ..."
John Purssey Why I Don’t Like Open Offices
"Choices are exhausting. And yet there are also so many things that used to be ..."
Marianne Aldrich Why Am I So Tired?
""The best is the enemy of the good." <g>"
billwald Why Am I So Tired?
"Thanks for sharing.....$1000 content writing"
Suhas Barhate This is My Content, Tweeted for ..."
Browse Our Archives
get the latest from
MISSION:WORK
Sign up for our newsletter
POPULAR AT PATHEOS Faith and Work
1