These Problems Are Solvable 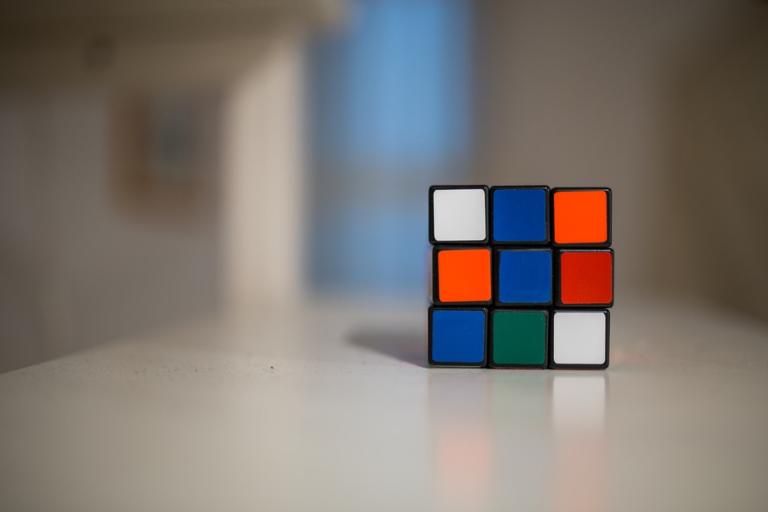 Even the most complex social problems can be solved when leaders and institutions are brought together to unleash a community’s own problem-solving capabilities, says the president of Community Solutions.  This post originally appeared at Faith and Leadership.

The key, she said, is to help community leaders and institutions reach beyond their own spaces to collaborate and solve their problems together.

“What’s surprised me is just how much capability there is in communities to make really transformational improvement in one of the hardest issues that communities face,” said Haggerty, the president and CEO of Community Solutions, a nonprofit that helps communities address the issue of homelessness.

“We’re not an organization that runs programs as much as we help communities solve problems,” she said. “And we do that by bringing together groups from as wide a range of places as possible to work against a deadline with a very clear, measureable goal. It’s how to move the needle on a specific problem.”

Haggerty is an internationally recognized leader in developing innovative strategies to end homelessness and strengthen communities. In 1990, she founded Common Ground, a nonprofit that developed supportive housing for people who are homeless. In 2011, she launched Community Solutions to help communities solve the problems that create and sustain homelessness.

She is a MacArthur Foundation Fellow, an Ashoka Senior Fellow and a Hunt Alternatives Fund Prime Mover. In 2012, she was awarded a Jane Jacobs medal for new ideas and activism from the Rockefeller Foundation.

She spoke recently with writer Ansley Roan for Faith & Leadership. The following is an edited transcript.

Q: Tell us about Community Solutions. What do you do, and what’s different about it?

Our mission is helping communities solve the complex problems that touch the lives of their most vulnerable residents. Therein is what’s different about it.

The real urgency in communities — and the extraordinary area of opportunity — is to help citizens and institutions work beyond their own spaces to collaborate in solving these problems together. It’s the only way these things get fixed.

We’re not an organization that runs programs as much as we help communities solve problems. And we do that by bringing together groups from as wide a range of places as possible to work against a deadline with a very clear, measureable goal. It’s how to move the needle on a specific problem.

Our work has been rooted in homelessness, historically. We are now focusing on the whole cluster of issues that touch homelessness. We come in and help a community form a team made up of all of the fragmented parts of the housing system and the support system for vulnerable people.

Typically, in every community we’ve seen, all of these institutions built to serve people in need have no established way of working together to solve a problem like homelessness. But you could slot in any other problem that confronts a vulnerable person, like long-term unemployment or chronic health issues.

With the problems that face our world now, we’re lucky when we get an easy one, where [the answer] is obvious to everyone, which is like, “Oh, we should spend money there.”

We’re so stuck in so many things that we just don’t know how to move forward, despite all our efforts.

We [now] think the nature of these problems demands new approaches that aren’t about, “What’s an evidence-based program?” but, “What’s a way that a community can put its resources together and unleash the problem-solving capability of the whole community to solve the issues that are eroding the lives of vulnerable citizens?”

We bring problem-solving tools from other sectors into the human services space. There’s an awful lot to learn about ending homelessness by looking at the way that Toyota works or the way that a building is built by a sophisticated general contractor.

Like how do you put all of the parts of an enterprise together in ways that you get a quality result? That’s not the way our human services systems were built.

When you think of how responses to poverty of any type evolved, I’d be hard-pressed to name a single one that was designed where we as a community stood back with someone facing a challenge and looked at, and asked,“What do you need? How are we set up in our community to respond to that? What’s the least amount you need to solve that problem on your own so that you don’t feel like you’re always in a state of dependency or imbalance, powerwise, to institutions in the community?”

Q: How does the process work?

The process we use is always about identifying who is a local change agent — or in the world of innovation, an early adopter — someone who is trying to figure out how to make the reality better. Someone who’s not satisfied with the status quo, who is open and team-oriented, open to learning how to work more effectively with others in the community who have resources to contribute.

We start with identifying those leaders and helping them understand [the reality], based on what’s typical in other communities but informed by what’s locally true. We invite them to be part of an effort that has a very clear and ambitious goal — so ambitious that it doesn’t strike you as totally crazy, but also so ambitious that there’s no way you can get there by just incrementally improving what you’re doing with the status quo.

Next, we help communities map out and visualize the present reality, which is always something they never had occasion to do, because if you’re the housing authority or the VA or the not-for-profits, typically you’ve been working in isolation doing your program.

This is a typical tool in the design-thinking world. You get a team together to actually say what’s going to make something work for all the people who need to use it.

We do the same thing around the experience of getting assistance for an urgent problem that’s keeping an individual or family trapped in homelessness or poverty. Get representative voices — the not-for-profits, the government agencies — and have them start with mapping out what the current reality is, which is always like a Rube Goldberg machine.

And then, as a group, map out what the ideal is. And then it’s a process really of how do you help a community, using data and quality improvement techniques also brought from industry, move from their present state to their future state?

Q: You’ve worked on homelessness for a long time, 30 years. What’s surprised you the most?

What’s surprised me is just how much capability there is in communities to make really transformational improvement in one of the hardest issues that communities face.

If you were to take a poll and ask people on the street, “What’s a social problem that you just can’t imagine this community will ever solve?” people 20 years ago might have said crime.

No more. It’s gotten so much better, and people’s expectations have changed. But I’ll bet homelessness would be on many people’s lists.

When people in these 186 communities [in the 100,000 Homes Campaign] have participated with their neighbors and people working in other organizations and seen what they could get done together, it’s really blown them away.

Our learning journey was sort of an unlearning journey, too. We got as far as we could go as innovators within homelessness, and [eventually] we realized — I guess, admitted — we just weren’t doing a good enough job. We were running good programs but still passing the people on the street.

But when we started actually checking our own assumptions and stepping outside our frame and asking about people’s experience, and then being completely humbled by the limitations of the way we had thought about things, and realizing, “We need some new ideas here” — that’s when we started opening ourselves to ideas from other places.

That was the beginning of a slow but profound experience of discovering that how you name a problem really contains how you see a problem. Moving from having an organization that defined our mission as ending homelessness to one that defines our mission as helping communities solve complex problems is sort of an interstellar journey. It’s really owning that the problem is different from the one we started off with.

Q: So why didn’t you just stay with Common Ground and expand the mission? Why did you start a whole new nonprofit?

October 23, 2016 The Inner and the Outer Voices of Love: Henri Nouwen and His Friends
Recent Comments
0 | Leave a Comment
Browse Our Archives
get the latest from
MISSION:WORK
Sign up for our newsletter
POPULAR AT PATHEOS Faith and Work
1