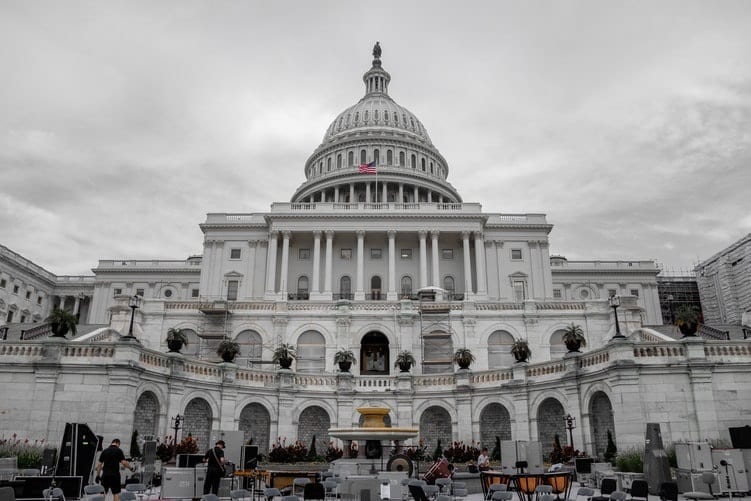 Let me talk to you, of all things after this strange and horrible week, about Duke University.

No, I don’t mean Coach K, basketball, Tobacco Road, and the ACC – nor even the beautiful Gothic Duke Chapel you may occasionally have seen soaring to the sky in photo essays on America’s prettiest campuses. I mean pacifism, patriotism, and Stanley Hauerwas.

I got my Ph.D. from Duke University in religion, a long time ago now, and, at that point at least, an aura hung around the divinity school and the theology department loosely connected to the work of Hauerwas, who frequently gets named one of America’s greatest living theologians. I will spare you the lengthy description of exactly how the divinity school and the doctoral program in religion were connected, because what was important was the aura.

The theologians can come along and critique and nuance this and tell me I’ve actually gotten it all wrong (because this is what all the theologians in my Facebook feed seem to do ALL THE BLESSED TIME), but what I took away from that aura was something very similar to what Rod Dreher later came up with and named the “Benedict Option.”  The Benedict Option, if you missed all the flurry a few years ago, was a call for Christians to withdraw into their own enclaves where they would be sustained by prayer and Christian community, living a life that served as an overall witness to the ruins of Western civilization around them but not engaging in the communal polis – the earthly city-state. (Here’s a BenOp explanation and a critique).

In the one book I read by Hauerwas, Resident Aliens, which he wrote with fellow Duke professor and later United Methodist bishop William Willimon, a very similar scenario is laid out. Christians are aliens in the modern political community, Hauerwas and Willimon warn. Their true citizenship is in a different polis. They should build up their community, pray, take the Eucharist, be formed in righteousness, and live a communal life that serves as a witness to the world. Sound familiar? (Yes, theologians, I know that Dreher, Hauerwas, and Willimon are all getting this from Alasdair MacIntyre. Pipe down now, please).

The only difference between the Hauerwas Option and the Benedict Option is not in the method – it’s in the enemies. Dreher, for all that he protests too much about it, thinks the greatest danger to the modern church is LBGTQ rights. Hauerwas and Willimon think it’s patriotism. Duke used to bring young idealistic teenagers to campus for two weeks for something called the Duke Youth Academy to form them in the Christian polis, and Hauerwas used to tell them (please hear this in the most Texas of accents): “If your home church has an American flag in it, your salvation may be in danger!”

When I was at Duke and a young idealistic conservative (more on that here) I resisted the Hauerwas Option mightily. But later, growing from seeds sown at Duke and elsewhere (for reasons ranging from my scholarly study of Christian liturgy to a desire to emulate my Mennonite ancestors), I gave up resisting. I came to believe in the centrality of the Eucharist to my life. I took it weekly. I personally carried an American flag out of the sanctuary at my church in Indiana. I preached repeatedly against American civil religion and civic holidays. I refused to sing patriotic songs in church. I announced I was a pacifist. The only civic habit I could not break myself of was voting (true HauerOp folks don’t vote) but I felt guilty every time I did it.

And on Thursday morning, January 7, my teenage daughter asked me about what had happened on Epiphany, January 6, in our nation’s capitol building, And even after nearly twenty years of being formed in a supposedly alternate polis, I told her that the insurrectionists had “desecrated” it. And I truly believe that. I reached deep down into my heart of hearts and discovered that the American in my heart of hearts ran just as deep as the Christian did.

Humans were tribal before we were Christian. I freely admit that such tribalism grows from original sin (which G. K. Chesterton once said was “the only part of Christian theology which can really be proved”), but I realized on Epiphany that the recommended remedy for that sin which I had been pursuing for nearly two decades had not given me the answer to one of the most pressing questions it needed to answer: what do I do about the fact that I still live here?

Two decades of weekly Eucharist (minus a nearly-year now for COVID – that’s a different post, and believe me, it’s coming) have changed me in profound ways. But they have not actually made me hate my country. They have made me weep for it and want it to do better, want it to be all the things it said it could be but never really was. They have made me wish I actually knew how to live a faithful political life in this earthly city without choosing the elite condescension of the Left or the unthinking obedience to national symbols of the Right.

The Cross is greater for me than the Capitol building – do not fear. But the Capitol building is not nothing to me. The Constitution is not nothing. So help me Mennonite ancestors, voting rights are not nothing. Even Nancy Pelosi’s blasted podium is not nothing. With my most atavistic and basic human instincts, I find myself revering the symbols of my country. And until we come up with an Option that reckons with that atavism and gathers it, even it, up into the Body and Blood of Christ offered at his Table, we are not going to find a way forward.

Eternal God, in whose perfect kingdom no sword is drawn but the sword of righteousness, no strength known but the strength of love: So mightily spread abroad your Spirit, that all peoples may be gathered together under the banner of the Prince of Peace, as children of one God and Creator of us all; to whom be dominion and glory, now and forever.
– “For Peace,” Book of Common Prayer, p. 815