Kosovo’s Athletes at the London Olympics

While there has been much publicity about whether Saudi Arabia will send any female athletes to the London 2012 Olympics (the latest news is that they have allowed women to compete), there is another Muslim-majority country that definitely won’t be sending any female athletes. Actually, they won’t be sending any male athletes either, because this country does not exist. Or rather, it has only been recognised by 80 countries worldwide, and therefore does not exist in the eyes of the International Olympic Committee (IOC).

The country in question is Kosovo, which declared independence from Serbia in 2008. The IOC is not the only body to not recognise Kosovo, neither does the U.N, due to Russian and Chinese opposition to Kosovan independence.

This leaves Kosovan sports people in a difficult situation. Ironically, the IOC made an exception for athletes from Yugoslavia and Macedonia in the 1992 Barcelona Games and allowed them to compete as independents, as Yugoslavia was then under UN sanctions and Macedonia hadn’t yet formed a National Olympic Committee. East Timorese were given permission in the 2000 Sydney Games to compete as independents, and in the upcoming Olympics, athletes from the former Netherlands Antilles will be permitted to do the same.

However, the IOC has firmly blocked this option for Kosovo, in a decision made at the same time as one not allowing female Saudi athletes to compete as independents either, possibly because letting the female Saudis do this would enable the Saudi National Olympic Committee to keep their ban on female athletes.

The descision not to allow Kosovans to compete, was met with dismay by the Kosovan Sports Minister, Memli Krasniqi, who openly condemned the descision as unfair and noted that Milosevic-era Yugoslavia was granted this exception.

While this ban affects all Kosovan atheletes, there is only one name that the media refer to and this one athlete that was the Kosovan NOC top priority to send to the Olympics: 21-year-old Judoka, Majlinda Kelmendi. With an impressive record of championship wins and medals, she is a genuine medal hope. So much so, that she was offered an extremely generous contract to compete for Azabaijan Despite the lucrative sums of money on offer, she rejected the deal and continued to express as desire to compete for Kosovo, stating that “I have refused some good offers from some really big countries, strong countries to represent Kosovo and I don’t want someone to come to me and say this is not possible… Kosovo is a new country and I would like to be the first to represent Kosovo at the Olympic Games.”

Kosovo’s war-torn history makes Kelmendi’s ambitions even more poignant. Her coach, Driton Kuka, was also a European Judo champion in his youth, but cut short his competitive career to fight in the Kosovo Liberation Army.

Fortunately for Kelmendi, a decision she condemns as “nothing more than just politics” will not stop her Olympic dreams. As she also holds Albanian citizenship, she is able to compete for the Albanian judo team.  While this is not quite the fulfilment of her dream of representing her country, it’s a compromise she accepts, as she says it at least allows her to compete in the Olympics, comparing her circumstances favourably with the situation faced by her coach. While she may not be able to wave the Kosovan flag, the athlete dubbed “Kosovo’s favourite child” will be fighting for gold and the wider recognition of Kosovo. 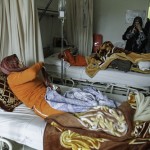 July 2, 2012
Revolution and Resistance in Egypt and Syria
Next Post 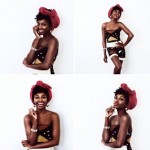 July 4, 2012 Fashion as Resistance: The Case of Mali
Browse Our Archives
get the latest from
Muslim
Sign up for our newsletter
POPULAR AT PATHEOS Muslim
1