About two weeks ago, my bulging eyes nearly met my falling jaw when I came across a flood of tweets in my feed about the Saudi Industrial Property Authority, “MODON,” building an all-woman city to boost the country’s economy and productivity all while ensuring that no one gets a hickey from the opposite sex in the process. I’m not going to lie or even attempt to hide the fact that I was extremely excited at this prospect; the possibility for the emergence of a matriarchal society challenging Saudi gender mores seemed a little too awesome for me to even consider this as what others deemed another brick in the gender apartheid wall. And, as per usual when it comes to anything about Muslim women’s bodies in cruel, cruel Muslim countries, the media went into an uproar about this story.

Then, however, my dreams of matriarchal bliss and womanly fortitude were dashed by what turned out to be – su-freakidy-prise – extremely poor and sensationalist journalism. As Al-Arabiya, a Saudi-based publication, would point out within days (August 15th) of the story breaking and going viral: no one actually seemed to have read the press release being cited beyond the headline:

“The subhead of the press release, set in italics, reads: “Al-Ahsa 2nd Industrial City will create job opportunities for both men and women.”

Yes, both men and women.

The second paragraph clearly states that the city “is not intended for women only.”

“It’s a city like any other city, where men and women work. But special sections and production halls will be reserved for women within the factories,” the Authority told Al Arabiya English via Twitter.”

So, what the hell happened that seemingly led some of the top online media to rabidly become illiterate? The earliest instance of the story being reported seems to come from a RussiaToday article (August 10th), which consists of actually very little information (and substantiation) of the claim of an all-woman city.  It seems to brush past that, but includes quotes female unemployment in Saudi Arabia and the need to have more women in the workforce, and then discusses Saudi women in malls, how much Shariah sucks and the Olympics. Other articles follow a similar suit; many cite the RussiaToday article or a Guardian article from August 12th or just the press release mentioned in those articles without bothering to read it and include the same quotes and stories about Saudi women …malls  …Shariah …and the Olympics.

From The Atlantic to ABC News to the Huffington Post (although they at least had the decency to post an update) to Pakistan’s Aaj News,  the story spread like wildfire, made all the more “authoritative” by being buttressed between socio-economic commentary on women in Saudi Arabia and changes to their social engagement under King Abdullah.

While mistakes in journalism and reporting are nothing new and part of the industry, the Amazonian Saudi Working Woman Haven story was not an innocent mistake. It was not an oversight. It wasn’t even an intentionally malignant attempt to something or other. What it was, however, was knee-jerk journalism cemented in orientalist perceptions and assumptions of Muslims. Predisposed ideas and conceptions of Muslims and of gender relations in the Muslim world and Muslim countries make it easy for sloppy and reactionary journalism to gain momentum. They love to publish it, and we love to read it. There’s something wrong with this equation, but we still continue to gobble it up every time it’s thrown in our collectively gawking face.

In December 2011, I wrote about the infamous Phallic Fatwa that made international headlines before it was called out for the lazy journalism that it was (by the very source, Bikya Misr, that first broke the story of the dangers of bananas to women’s purity). The most striking point about the entire fiasco was what it said about journalism and how media outlets engage with Muslim bodies and relations:

It shouldn’t be difficult to report on Islam in a fair and accurate manner, but it sure seems to be.”

And continues to be.

August 27, 2012
Metaverse Muslim: Playing out our Mongrel Selves
Next Post 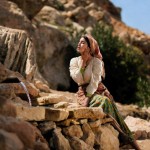