Ramadan Resolutions, Revolving Revolutions: In One Year, Out the Other

Ramadan Resolutions, Revolving Revolutions: In One Year, Out the Other July 18, 2013 tasnim

A couple of years ago, I heard a story about an Egyptian woman who decided that she would cook the Ramadan favourites she usually cooked for iftar, but she and her family would not eat the meals she prepared. Instead, the food was distributed among the poor and they broke their fast on flat bread and fava beans. Maybe this is impractical idealism, or even (if you’re cynical) a form of poverty tourism, but the story struck me as a personal way of relating to Ramadan in a way that breaks from the yearly routine of extravagant iftars. This year many of us in the northern hemisphere are fasting for more than twenty hours a day. So what’s the point of it all? How do we explain to little ones, often very eager to be old enough to fast, why we wait for the sun to go down before we eat?

Versions of these questions go through my mind every time I look at leftovers when clearing up after iftar. None of the leftovers will go to waste, but still – why do we have more leftovers and more lavish meals in this one month when we should be more frugal? Why are there so many articles about how to make ends meet during Ramadan in Egypt, amidst the desperate economic situation and the worrying political turmoil in that country and (not so far away) terrible conditions for refugees fleeing the conflict in Syria? I don’t want to come off as a total killjoy here. That would be hugely hypocritical, since I happen to love the festivity and happiness and social gathering of Ramadan. I know I personally would have a sad thirty days without the celebratory atmosphere of family iftars and the familiar ritual of sipping Arabic coffee afterwards. But what more is there to Ramadan?

Every year as Ramadan approaches, the usual resolutions float around, not very conscious or deliberate, just a hope that this year I’ll pray the taraweeh, I’ll remember not to be quick to anger, I’ll be Extra Nice to people and focus on the Really Important Stuff.  This year, the sense of “Get Your Life In Order for Ramadan” has been more pressing, maybe because there’s not much happy talk around the iftar table. The conversations are inevitably political, and instead of watching Ramadan series, I watch the news or political debates, usually with impassioned and irate Arab people shouting at each other – like this recent debate at the Frontline Club about the situation in Egypt that left me depressed about the state of the Arab world, the universe, and everything in general, to the point of really wanting to take a nose-dive into a tub of Haagen–Dazs (and not being able to).

I saw this sad little message on the ticker of an Al Jazeera channel recently referencing the famous, cheesy and uplifting Ramadan series Bab Al-Hara: “No more Bab Al-Hara, because Bashar Al-Assad hasn’t left a hara (neighborhood) standing.” It was only a couple of years ago, that time when I used to pretend not to watch the show, yet it seems a lifetime ago. Maybe it’s just the contrast between the dictatorial status quo and the upheaval of attempting (however unsuccessfully) to change it, but right now it does seem like the entire region is cursed – as a friend dramatically declared when the Turkey protests were at their full force. As the tragic turmoil in Syria goes on, Egypt splits itself in two, and the rift between different kinds of Muslims deepens, Ramadan brings no respite. Given this situation, when I looked back at the post I wrote last year for Ramadan, it seemed impossible to write something along the same lines.  I did try to remedy the heaviness of this post, but the result was glumly predictable.

And then Joyce Carol Oates tweeted this: “Where 99.3% of women report having been sexually harassed & rape is epidemic – Egypt – natural to inquire: what’s the predominant religion?” Like many others, I went through the four stages of  “I Just Heard Some Islam-Bashing News”: rage, indignation, amusement, and resignation. Because sexual harassment is a global phenomenon, because India is not a Muslim-majority country and yet is struggling with a rape epidemic, because other Muslim-majority countries and statistics don’t have the same problems as those in Egypt, because, because, because – and yet, all those valid points aside, in an increasingly publically pious Egypt, what does a statistic like that mean? Oates’ tweet didn’t come out of nowhere. There’s a lot of Bashing Islam News going round right now. It seems to be increasing exponentially, as the “experts” who themselves made extravagant claims for what they dubbed “Arab Spring” now tell the people in the region to “manage their expectations.” I know if I was an outsider and knew nothing about Islam or the Arab world and watched the news every night, I wouldn’t have a charitable view towards the religion or the region. In PR terms, any gains made during the hopeful first few months of 2011 have well and truly vanished, and we’re back to the usual programming. There is not much an individual can do to change that, certainly not by making (and not keeping) a few resolutions, but I can at least try for something more than a month-sentence of socially acceptable piousness.

When I lived in Egypt a few years ago, one of the most inspiring sights to see during Ramadan was Mawa’id Arahman (the tables of the Merciful) serving free meals to all comers as people gathered under colourful tents or out in the street or in mosques, all breaking their fast together. It was a moving sight, to see people who didn’t know each other eating their first bite of the day as the sun goes down. At the same time, I knew these events are often the by-product of the guilt and/or pride of mega-rich celebrities. When I read an articleabout Egyptian celebrities that calculates how much this or that singer or actor spends on the Ramadan tables, it seemed to me an illustration of the hypocritical piety of “Ramadan Islam,” which is rather like serving a sentence: one month of “good behaviour,” (whatever society happens to think that is, and in full view of said society), plus the obligatory Eid ul-Fitr charity handout paid like a penalty.

However we choose to celebrate it, Ramadan gives us the opportunity to take a month out of the year for reflection. And, in these times of unrest and upheaval, we need that time to question how we live for those other eleven months of the year, and how we can set ourselves some challenges that aren’t just in one year, out the other. 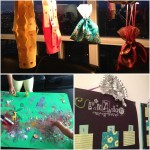 July 19, 2013 Friday Links | July 19, 2013
Browse Our Archives
get the latest from
Muslim
Sign up for our newsletter
POPULAR AT PATHEOS Muslim
1