Terrified screams rip through a dark forest. Ghostly eyes leer and skeletal branches attack an innocent girl as she runs from a close encounter with death — and she soon falls to the ground sobbing. Later, when several strange “little men” offer her refuge in exchange for cooking and cleaning services, a twisted old woman tricks her into eating poison and she enters a death-like state. In revenge, the men chase the old woman off a cliff and hold a wake for the poor girl. While they mourn her, a charming, handsome, prince wakes her with a kiss and she happily falls into his arms.

It’s not the Snow White I remember from my childhood, so I was pretty shocked when watching it again in preparation for this post. But then again, the only things I really remember from Disney’s 1937 movie version were the seven dwarves happily singing “Heigh-ho,” Dopey’s big ears, and the famous kiss from Prince Charming.

Both the Grimm tale and Disney’s retelling are incredibly dark — filled with death, attempted cannibalism, sorcery, deception, attempted murder, torture and in the Disney version, child molestation. No really. Disney’s Snow White is 14 years old and the kiss to wake her was totally made up just for the movie.

In my review last month of Cinderella: An Islamic Tale, I spoke a little about the problems of princess culture. Snow White was Disney’s first princess, and she set the bar pretty high for an entire industry that includes a massive amount of marketing and story-telling over the past 80 years. But the life lessons we can glean from this particular story are less than positive.

Despite my respect for Snow White as a lovely person with an awesome voice and amazing power to communicate with animals, I’m not a fan of her story’s framing — which includes teaching that it’s okay to be with a man you barely know, and who kisses you when you are incapable of giving your consent; people with different forms of dwarfism are just for comedic relief; being a damsel in distress will help you in all aspects in life; wish really hard and you’ll get everything you want without working for it; and your beauty is your only worth, as evidenced by the fact that people will either kill you or love you for it.

So yet again, I was absolutely thrilled to read Fawzia Gilani’s, Snow White: An Islamic Tale. And while this book wasn’t necessarily written as an alternative to Disney, it’s how I’ve approached it, as I know how influential princess culture can be and how important it is to have Muslim representation and alternatives in children and young adult literature. And as the author shared with me through private correspondence:

“I am acutely aware that our children live in a world where there is a hegemony of secularism and a breeding of Islamophobia. Islam is an emancipatory way of life, if we can demonstrate that through stories, I think it’s a good thing.”

The retelling of this classic tale revolves around the Quranic surah Al-Falaq  — which was just mind-blowing when I realized it’s a perfect description of the stepmother figure. She is the epitome of someone who causes “mischief through her envy” and “secret arts.” And I just love being able to relate the Quran through creative story-telling and colourful illustrations.

Because Fawzia follows the Grimm tale, this story is a lot darker than her retelling of Cinderella. Snow White’s mother dies, her father remarries a vain woman and then dies of a “strange illness,” and the stepmother practices magic, commands a Jinn, and demands to eat the heart and liver of Snow White in the search for perpetual youth — so I would definitely recommend this story for slightly older children who are okay with themes of death and sorcery (hey, I grew up with Grimm and turned out okay). But as with the retelling of Cinderella, this one is filled with amazingly strong female characters and weaves Quranic and religious themes throughout that just flow naturally with the story.

Our “princess” is born in the Anatolian countryside to merchants who name her Snow White after praying for a child who is “patient as Job, peaceful as dawn, with a heart as pure as snow.” She’s intelligent and well-educated, takes action for self-preservation, and the only person to take note of her beauty is the vain stepmother. In fact, more fuss is made over her style of Quranic recitation and generosity than over her looks. And much to my delight, the seven male dwarves are replaced with dwarf sisters-in-faith who not only teach Snow White calligraphy, herbal medicines, veterinary arts, but how to run a business!

After the stepmother is successful in poisoning Snow White with some dates, her sisters-in-faith care for her for months until one day, a prince comes along asking for some water. When he notices that Snow White is ill, the sisters-in-faith speak about her good character. So he makes dua’a over her and sends his mother, the Queen, to care for her — and she’s eventually healed with a black seed and honey cordial. The Queen heals her, not the prince, which is just beyond brilliant.

There’s a lot more to this tale, but I don’t want to give the entire story away. I’m really taken with these books and am excited that Fawzia will be continuing the fairy tale series. It’s amazing to see an Islamic alternative source of fairy tale entertainment return so much agency back to the “princess.”

If you want a chance to win one of three copies of this book in a giveaway, go to the cross-post on wood turtle and leave a comment! 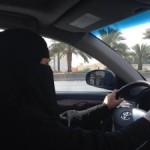 October 10, 2013 Thanks, Sheikh, But My Pelvis Is Fine
Recent Comments
2 Comments | Leave a Comment
Browse Our Archives
Related posts from Muslimah Media Watch