Am I Dressed Appropriately? Or Why That’s None of Your Business

Am I Dressed Appropriately? Or Why That’s None of Your Business January 15, 2014 shireen

The initial study was done by University of Michigan and looked at religious tolerance and secularism in Tunisia in comparison with six other nations.  Although the initial poll covered a multitude of questions regarding political and religious situations in the Middle East, the focus of the poll, as presented by Pew Research Center,was “How people in Muslim countries prefer women to dress in public.” This is one of THE MOST FAVOURITE questions of Muslimah Media Watch.

Sarcasm aside, the discussion around Muslim women’s dress is an ongoing global obsession. The discussions persist in the West about hijab as we write about them, write about them more, and then some more.In fact, I (and many more Muslim women around the globe) am so eager to receive results on studies dedicated to what respondents think of our (un)veiling and attire. Even more exciting was the deep analysis by Max Fischer of the Washington Post (and the go-to man of mapping and charts of Muslim countries’ opinions on “everything”), who brings forth such brilliant and novel theories as “Veiling can be controversial in the Middle East.”  White, non-Muslim men really have this all figured out. It’s mind-boggling that they even need to poll to inquire other men’s opinions in Muslim majority countries.

A few of the most pointed and obvious critiques of this study are as follows:

1) When one starts asking peoples’ opinion of how they “prefer” (GOD, I HATE THAT LANGUAGE) Muslim women to dress, they are validating a sense that that their opinion is necessary to the discussion. In fact, it is not.  One of the biggest challenges for Muslim women vis-à-vis their clothing selection is that far too many people comment on it in the first place.

If a reputed research centre is keen to know the opinion of people and their preferences on clothing they are not wearing, then it in fact enables the public to feel as if their perspective is an integral part of Muslim society. It is not.

Any public opinion on how Muslimahs dress is problematic. And propelling the notion that such opinion is required or warranted is even more problematic.

2) The results of the study are biased and enforce the idea that covering is bad. The woman who is wearing a blue burqa has the lowest approval ratings. Ergo, covering fully is not the best choice according to “those polled.”  Essentially this is a way to control the way a Muslim woman dresses.  In providing these figures, an unknown group of people are declaring what they see fit and appropriate for Muslim women’s dress. If a woman wants to cover fully in a burqa or wear niqab or even not wear hijab at all, concerned pollsters do not need to inquire how everyone else feels about it.

The Pew article writes that “The survey treated the question of women’s dress as a visual preference.”

I am actually dumbfounded. This was considered a legitimate approach?

Next time Pew would like to consider a poll such as this, they should to save a lot of time and money and instead have men stand on street corners and rate the women passing by from 1- 10.

That might actually be more feasible and less arduous than an academic study.

Pew shows a tremendous amount of bias in reporting these dodgy facts as if to point to the countries to say results are draconian and so are the mentalities behind them.

This is completely reductive and ridiculous.

4) The pictures of the women on the chart depicting various styles of hijab are inaccurate.

The blue burqa is the least popular, which is not surprising since it is not actually worn anywhere but Afghanistan and Northern Pakistan. The examples themselves are clearly skewed.  And there are far more ways and styles in which women cover in those regions.

The above styles are quite common. In fact, two of the countries that were polled (Egypt and Turkey) did not get to choose among styles that are most popular in their own country. Perhaps those conducting such studies ought to invest in more research, check out a Muslim fashion blog, or carry a handy copy of “Know Your Veils” to expand their range.

As expected, Twitter reacted quickly to the study and many wondered why this question would not be posed in the United States. There are millions of Muslims living in America who dress differently. Or why not even ask other communities how they “prefer to see their women dressed on the street”?

Well, because it is sexist and inappropriate. But according to Pew and others who publicised the study, it would be perfectly fine in the Middle East or Muslim majority countries. Disrespecting women, by hyperfocusing on their alleged objectification, is perfectly fine. The first line of the Pew article states: “An important issue in the Muslim world is how women should dress in public.” Above healthy, safety, education and access to basic services, it is Muslim women’s clothing. Women are far more concerned with what strangers think of their outfits than feeding and educating their families.

Karl Sharro came up with a widely shared response to the study:

and @irevolt shared her reaction to the coverage of this story by Max Fischer:

Some of the other Twitter responses expressed frustration, disgust and non-surprise.

Immediately following the publication of said report were the mainstream media’s responses, thus far mainly written by non-Muslims and non-inhabitants of countries polled. There is little nuance or cultural understanding. Reflections of this study are more vapid (if possible) than the study itself. They analyze the results and make sweeping generalizations. They label the graphic as “illuminating.”  I was silly enough to assume that at least one journalist would pick up that opinions of dress as a cultural determinant are racist and sexist. Guess not.

Then there is this gem from the Atlantic : “And while respondents in all of the countries rated their own country as more moral than the U.S., Tunisians were the most likely to say they’d want Americans as neighbors.”

Because that is exactly what the focal point of interviews with Muslims is, once we get past the question of women’s clothing. To extract their feelings and longing to befriend American.

At least one news outlet actually published some responses to the study as opposed to only lauding it for its findings.

One of the most obvious and problematic results of this study is how the chart is labelled “How people in Muslim countries prefer women to dress”. The actual header is a problem. It generalizes and assumes hundreds of millions of opinions.  But that’s OK.

Perhaps the people who conducted this research might want to reinvest their millions into valid and relevant research projects that have a solid basis.

Or they can do some training into asking questions that are not offensive and ridiculous.

Or they can hand the money over to the Muslimah Media Watch team and we can offer them our writings, observations and commentaries on people’s opinions of how Muslim women should dress.

The answer for me is (un)surprisingly easy: I reject such discussions. 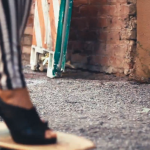 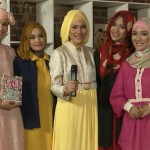 January 16, 2014 One-Dimensional Hijab Stories
Recent Comments
8 Comments | Leave a Comment
Browse Our Archives
get the latest from
Muslim
Sign up for our newsletter
POPULAR AT PATHEOS Muslim
1

Election Day
Original Post: About Islam The 2020 presidential election results remain up in the air,...
view all Muslim blogs
What Are Your Thoughts?leave a comment

8 responses to “Am I Dressed Appropriately? Or Why That’s None of Your Business”