Activists describe the situation of women detainees in Egypt as “horrific” and much worse than under Mubarak; many of the recent detainees are young women and even minors, who face sexual abuse, torture and harsh treatments.

War widows in predominantly Muslim southern Thailand often face a heavy burden, but in a protected village of widows they find a community and support.

One village in Pakistan’s Sindh province is giving sex education to its female students, which covers topics such as marital rape, their rights and how to protect themselves.

Earlier this month a teenage girl in Gaza died while undergoing an “exorcism” ritual; exorcism is widespread in Gaza, and despite the fact that most clinics are not authorized, authorities do often not actively pursue the so-called sheikhs responsible for injuries and even death as a result of exorcism.

The armed group of Abu Sayyaf on the island of Solo, southern Philippines have released two female film making sisters after eight months of captivity. The sisters, Nadjoua and Linda Bansil, have said that they will continue to making movies on marginalised communities.

According to activists the lack of knowledge about sex by most Kyrgyz puts women at risk for domestic violence, and while talking about sexuality is still discouraged, one “sex school” hopes to change that.

At least one case of gender-based violence is being reported daily on the island of Zanzibar, Tanzania, which indicates an vast increase, but most cases never make it to court.

The new documentary film Mission Rape – Tool of War documents the anguish most Bosnian rape victims still have to deal with on a daily basis and the lack of support and justice they have received since.

Al-Monitor asked sixteen female journalists in the Middle East about the role of gender in their work in the region.

Mukhazhar Dzhabrailova is a survivor of the 1944 deportations, when the entire population of Chechen and Ingush people were moved to Kazakhstan (predominantly) and she shares her horrific experiences; she lost all her family as a result of the deportation.

Many rural Tajik women work on farms, but their wages are often paid out to the (male) head of the household and they are entitled to very few employment rights.

Men in Iraqi Kurdistan are in most cases only allowed to marry one wife, but some circumvent this law by travelling to Iraq, where entering into a polygynous marriage is fairly easy.

Divorce is on the rise in Iran, and a new proposal suggests that the establishment of a Ministry of Marriage and Divorce will be a solution to end the divorce crisis.

A group of Somali women in the capital Mogadishu have taken part in a demonstration against the Al Shabaab organization. The last week alone at least three women were shot and killed in separate incidents in the latest string of attacks by Al Shabaab, among them a female polio vaccination worker.

Several Muslim leaders and organizations in Malawi have spoken out against the “parading” of dancing and singing Muslim women at political rallies, claiming that political leaders take advantage of the poverty and ignorance of these women for their own personal gain. They say that Christian women are not paraded at these rallies.

The family of Joumana Hmeid is stunned to find out that she has been arrested on terrorist charges, allegedly having ties with Al-Qaeda; Joumana Hmeid is Lebanon’s first female terror suspect.

Qantara.de interviews Belkis Baharcieva about her work as a fashion designer in Germany and why she chose to focus on so-called Islamic clothing.

Dance is officially forbidden in Iran, but ballet has become so popular in the country that the Iranian Gymnastics Federation refers to it as the “sport of ballet.” As such, ballet is tolerated, but it is difficult for students to find proper training or hold performances.

A report goes inside a refuge for Muslim women in Sydney, Australia.

One Kazakh lawmaker urges the government to come up with harsher punishments for bride theft, especially when these involve minor girls.

Recent security risks involving the full face veil in Tunisia have sparked the debate on the niqab in the country once again.

A Cape Town, South Africa school has adopted the hijab as a part of the school uniform; a private school in Cape Town has earlier this month forbidden a female student to wear the hijab on school premises, which has resulted in student protests.

One Jordanian pregnant woman has been taken to court by four men, all of whom claim that they are married to her, to find out who really fathered her unborn child. 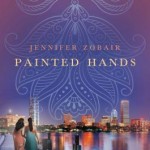