Unintended Consequences: Minority Rights and Policy Making in the West

For many years now, countries around the world have been faced with the question of minority rights and religious accommodation. In Canada, where I currently live, questions about niqabs in courtrooms, voting stations and citizenship ceremonies have been raised in the past five years. Part of the debate has been the meaning of religious accommodation, the latest case being that of a student at York University who requested to be excused from working with females on religious bases. While the professor denied the request and the student agreed to complete group work with women, York’s authorities maintained that the student should have been accommodated. The incident raised questions about competing rights and what should be protected most stringently: gender equality or religious freedoms.

One of the most important pieces of legislation currently being discussed in the province of Québec is bill 60. Bill 60, also known as the Charter of Secularism or the Charter of Values, is the latest piece of legislation that seeks to “affirm” the neutrality and secularism of the State by banning “conspicuous” religious symbols from the public sphere (i.e. hijabs, niqabs, kippas, turbans, etc.). Krista, our editor-in-chief, has written about the challenges that such a bill would bring to Québec and has been working with different organizations to challenge the bill. Two weeks ago, Krista presented at the University of Ottawa along with Anna Shea (Amnesty International) and Natasha Bakht (Law Professor at the University of Ottawa) about the bill; as she pointed out, much damage has already been done by the rhetoric surrounding the Charter of Values, particularly when it comes to many Muslim women’s sense of safety and belonging in Quebec.

Discussions about “proper” religious accommodation and the extent to which Canadians are “willing” to accept “certain” practices are a Canada-wide issue. Recently, Angus Raid Global put together a survey of attitudes towards non-Christian practitioners in Canada. The survey found that Canadians are not very fond of Islam, and that perspectives on Muslims have worsened in the past five years. Now, I am not a statistician, but my Program Evaluation professor would wonder about empirical methods, people interviewed and general interpretation of results. Nonetheless, I think it is important to highlight surveys like this because they are often taken up by the media, for example in Maclean’s magazine.

My concern with current discussions on religious accommodation and minority rights in countries like Canada goes beyond the visible effects within the territory.  I am also concerned about the effects of policies in countries like my own: Mexico, like many other countries around the world, is very diverse. This diversity is not only pre-colonial, but it has gotten more complex as colonization meant connections to European settlers and the slave trade. In the past 200 years countries like Mexico have also received countless immigrant groups (often persecuted elsewhere) including Mennonites, Amish, Chinese, Japanese, Jewish, Palestinian, Lebanese, Spanish and even Americans (one of the biggest immigrant groups in Mexico)!

Diversity has never been an easy thing to handle, neither from a social perspective nor from an institutional one. Adding to that the complexities of racist colonial practices, one will notice that some groups have been more welcome than others over the years, and immigrants from Central America and Africa often face racism and institutional discrimination along with Indigenous peoples in the country. But again, that’s not a unique problem in Third World countries; one only has to take a look at marginalized immigrant populations in Canada and the issue of Indigenous rights and access to basic services.

Nonetheless, there has been little concern over the “other’s” practices in the last 20 years. When I lived in Mexico, I seldom heard about religious and minority accommodations. The state tended to be quite clear that religious freedom would be protected and that people wouldn’t be persecuted for their practices. I went to school with kids wearing kippas just as I was taught by professors who were visibly devoted to Santa Muerte. However, things were not all that wonderful. Groups that posed serious challenges to the state were not accommodated. When I was a child, Jehovah’s Witnesses were often at the top of the list because they did not believe in vaccinations or in honouring the national symbols, and the state found it really hard accommodating kids that were vulnerable to mortal diseases and who refused to sing the national anthem. To this day, I do not think the Mexican state has quite figured out how to deal with this, and when I was a child, most of my professors ignored the law and let the Jehovah’s Witnesses kids attend school and skip the Monday ceremonies.

Countries like mine still have to work on accommodation, no doubt about that! But my concern comes from the “example” presented by Western countries. For a number of years now, Third World countries have been told that they should aspire to be like today’s Western liberal democracies. The Western standard has, for a long time, been considered the best. Western liberal democracies were said to be stable, to believe in human rights and to guarantee everyone equal access to rights and justice. While I believe in democracy, the prescriptions given to the Third World by Western countries through international recommendations, policies like Structural Adjustment and waves of neoliberal practices have not gotten Third World countries very far, and I wonder what we are picking up from them aside from economic policies?

With growing communities of Muslims in Latin America, countries like Chile have started to wonder about hijabs and girls have been at the centre of the debate for wearing them to schools (blogger Vanessa Rivera de la Fuente wrote a relevant piece in Spanish a year ago).  Not only are we more diverse than ever before, but we think about human rights and all kinds of minorities that we just ignored before (i.e. LGBTQ people). And it is exactly because of that, that perhaps we should reconsider accommodation and minority rights without the Western lens. While I think it is important to acknowledge the many and important differences between countries in the West, there is a trend going around on what minority rights and accommodation should look like. Some examples include Denmark banning halal and kosher slaughter, French policing on hijabs and niqabs, Canada’s discussions on niqabs and UK’s debates over halal and kosher meats.

Is this really the only and best way to approach policy making in minority and religious rights? Haven’t we learned that bans on religious garments and halal and kosher shops are not the best way to deal with diversity and pluralism? Isn’t the issue more complex than that? And what do we do with “multiple” minorities?

Policy-making is, of course, never a neutral process, and some Western countries have displayed very strong stands influenced by the War on Terror, anti-immigration sentiments and distrust towards minorities. For instance, in the discussion on Québec’s Charter of Values it is obvious that the policy has more to do with outlining the “right” values and the “right” immigrants and minorities than with their stands on neutrality and fairness.  It seems that Canada and other countries have failed to see beyond the example provided by France. On the other hand, in the so-called Third World, many countries are not exactly good examples of minority and immigrant rights, as in Saudi Arabia and much of the Gulf, and Tunisia, which once had a niqab ban, is now once again debating niqabs.

This experiences of fear and distrust of the “other” with its accompanying policies of bans and restrictions on particular practices need to be dissected and critiqued, not adopted unthinkingly. In countries such as Mexico, societies have been plural for centuries. Instead of going down the road of delimiting pluralism based on a narrow conception of how we imagine ourselves, we should work to imagine alternative ways of living together in pluralistic societies. 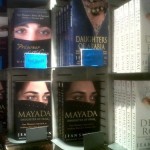