On February 16, 2014, Khaled Almaeena announced his resignation as head of the editorial team of the Saudi Gazette, and appointed Somayya Jabarti as the first woman editor-in-chief in the history of the Saudi press.  In a tweet, Almaeena said: “For 25 years, I have been looking for the best journalistic skills and qualifications, and today, my dream comes true in appointing a qualified woman to head the editorial team of a Saudi newspaper.”

For those who don’t know Jabarti, she started her career as a journalist in 2003 at Arab News, and in 2011, she became its deputy editor-in-chief, before she joined the Saudi Gazette a year later, according to an articlepublished by CNN last week.

The appointment has been hailed by many as a landmark development in Saudi women’s engagement with the media industry. In an interview with CNN, Journalist Essam Al Ghalib said: “This is a totally new step for Saudi Arabia. She is very qualified, and it’s about time. But how will people react, we’ll have to wait and see.”

In an article published in the Saudi Al Madina newspaper, Aisha Abbas Natto, a trade consultant in Jeddah, and a columnist for a number of Saudi newspapers, said:

“News about appointing Somayya Jabarti as the first Saudi editor-n-chief pleased me. I believe our country has started to witness success stories by Saudi women. There is always room for faith, which makes us believe more in our women, and proves to those who doubt women’s abilities that they are wrong.”

For other people, however, appointing women in such leading media positions may be no more than a symbolic attempt to show off Saudi determination to empower women in all walks of life, including media. In a tweet on February 16, 2014, Saudi journalist Kamal Abdul Qader wrote: “One year has passed since women were appointed in Al Shura Council, and what changed? It is either a symbolic step, or a proof that women failed to do anything.”

But I see this development from another perspective. In a country like Saudi Arabia, dramatic social change could not be expected to happen overnight. In a nation defined by what some perceive as a conservative religious brand of Islam and by official bans on women driving cars, there is much significance in the appointment of Jabarti in such a leading media position. Social transitions in Saudi Arabia have been taking place in the past two decades through state-sponsored education and other social initiatives. Those changes have always been explained as gradual and evolutionary to avoid any possible traumatic consequences in a society ruled by complex tribal and religious norms and traditions.

In this context, even symbolic change is good. It is important for the Saudi younger generations to grow up seeing women as politicians, journalists, film makers, pilots, and social workers. Growing up in such an atmosphere makes change more acceptable and tolerable. The appointment of women in this kind of leadership position is likely to put a brighter spotlight on women’s issues and pave the way for greater social accommodation of women as central players in national development.

For Jabarti, leading a newspaper in a traditionally male-dominated press environment is not going to be an easy job. She will probably run into clashes with those who hold rather conservative views of women appearing in the public sphere. She will also face stiff resistance to beefing up the female presence in the journalism profession.  But the most outstanding challenge she has yet to grapple with is shared by other media editorial leaders in Saudi Arabia:  how to apply professional journalistic standards in a news work environment marked by what some see as inhibitive state attitudes towards free expression on social taboos relating to women.

In a recent incident, Ali Al Aliyan, a young Saudi anchor who hosts a show on Al Khaleejiah Rotana Channel, owned by Al Waleed Bin Talal, featured a discussion about Al Shura Council. The main discussion was regarding how the oil wealth of the country is being spent and how much accountability and transparency the government has regarding these issues. The show host was suspended, creating controversy on social media websites. (This controversy forced Al Waleed Bin Talal to reinstate the host).

According to the 2014 World Press Freedom Index, Saudi Arabia is ranked 164th in freedom of information. It is on the Reporters without Borders list of Enemies of the Internet. According to the report, in 2013, censorship authorities paid particular attention to calls for women to be allowed to drive, a popular topic online that even received a mention in some of the traditional media. Asharq Al-Awsat columnist Tariq Al-Mubarak was arrested in October on various grounds including a column criticizing the ban on women drivers.

The challenge that Saudi women face here is not just censorship and restrictions on freedom of information. The challenge is to be able to prove themselves as capable of overcoming these restrictions and achieving what is expected of them. Ms. Jabarti, for example, is expected to shed more light on women’s issues and to discuss them on regional and international levels. But the question here is how is she going to accomplish that while surrounded by red lines?

I believe certain things are expected of Saudi women, and much is currently expected from the government itself in terms of opening the space for more information flow and freedom of expression. As mentioned earlier, these changes do not happen overnight, they may take decades. Nevertheless, for the time being, and after the appointment of Ms. Jabarti, Saudi women have found another good reason to celebrate. 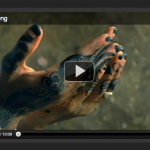 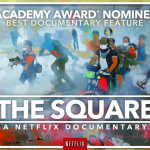 February 26, 2014 Documenting Egypt’s Revolution: Al-Midan (The Square) Reviewed
Browse Our Archives
get the latest from
Muslim
Sign up for our newsletter
POPULAR AT PATHEOS Muslim
1