Darkest Before Dawn: Ramadan in a Time of Disillusionment

On June 25th, Salwa Bugaighis was shot dead at her home in Benghazi. A human rights activist and lawyer, Bugaighis was a charismatic figure who played a leadership role in the uprising and in the women’s movement, supporting a campaign which sought to establish minimum quotas for female lawmakers in parliament as well as being vice-president of a preparatory committee for national dialogue that travelled around the country holding town hall meetings – one of the few post-2011 initiatives in Libya that has actually had some impact.

And now Salwa Bugaighis has been murdered.

I think this is what is called the last straw. No one, not even the most idealistic, expected this country to wake up from four decades of dictatorship to an instantaneous utopia.  But the hope was there that, over the next four decades, things would slowly improve. People who had been living abroad for decades returned. Some felt comfortable building castles in the air and beginning to put the foundations under them, readying for a better future – for their children if not for them. It’s been three years, and three years is a very short time as far as revolutions go, but that better future seems farther away than ever.  For many in the diaspora, it is a time of disillusionment, confronting the falling apart of the dream of returning after the fall of the tyrant.

Of course, life goes on. The extended family back home sends us updates of the situation along with photos of their iftar tables and jokes about breaking the fast to the sound of random gunshots and the occasional bomb.  Now we know, they say, what the Iraqis meant when they said “it becomes routine.” My aunt has had to move to her in-laws’, since the dream home she only recently finished building is close to the site of conflict. Laughingly, she related that her son recently asked for his favorite meal for iftar. Since this required something they had left behind in their house, her son volunteered to go into the line of fire just to get his favorite dish.

I get my news second-hand nowadays, through these kinds of stories. Basically, I’m doing a news fast. I’ve been a news junkie since the age of eleven, but for the first time I understand why for some people it’s frighteningly easy to ignore the news, to push everything to one side – it’s all too messy, too tragic, and it doesn’t look like its going to get better any time soon, so let’s not think about it.

Recently, in the wake of the Groundhog Day syndrome that set in with the current offensive on Gaza, a friend sent me an email with a link to one of those flowery/poetic articles on Ramadan with the title “It’s darkest before dawn.” But it is not in fact darkest before dawn. Not only literally, also metaphorically.  Optimism right now seems to be confined to saying “We must have hit rock bottom; this must be as bad as it is going to get.” In fact, according to my friend, it seems that if someone says that “things are so bad they cannot get worse,” an optimist would have to respond “of course they can!”

Even enlivened by this kind of grim humor, these weeks of Ramadan have been difficult for many among my family and friends, the joy of the festivities and rituals of togetherness leached away somehow, leaving only the hunger and thirst of long summer days. So I’m missing the Ramadan spirit this year.

As I write this, I can hear family members discussing the flare-up of clashes at the Tripoli airport, and the familiar cadence of the news in the living room. I couldn’t block it all out if I wanted to, but I am trying not to become consumed by it, trying to live this sacred month the best way I can.

For me, Ramadan has always been an opportunity to try to change something in my life and keep to that for the rest of the year – try and fail, mostly. This time though, I’ve set myself the goal of not setting myself any real goals.

There is a huge amount of advice on goal setting out there, for people determined to change the way they’ve been living their life – in some vague undefined way that involves recognizing that it is, in fact, their life. But for me, as a compulsive, some might say neurotic, goal setter, the biggest change I could make was to just stop. And so I broke all my reassuring routines, and started boycotting my inner judgmental me. Including the guilt involved in not keeping up, minute by minute, with what’s happening in my own country.

I feel as though I’ve reached a point in my life that has been a long time coming. I am sure that I don’t want this year to be like the last one, but I’m not sure where to go from here. It’s as though I’m just standing at the crossroads, waiting. And I’m telling myself it’s alright to pause for this Ramadan. 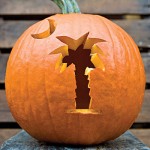