New Moon in Capricorn for 2019

Note: Astrology forecasts are inevitably generalized because they can’t account for each individual’s birth chart and how it interfaces with the current planetary positions. This post focuses primarily on the full Moon. Each week, Modern Witch creator Devin Hunter writes a magical astrology forecast for the week as a whole that I encourage you to check out! Also, this post refers to the pure, archetypal forms of the zodiac signs, not what we see in actual people, who each have complex birth charts.

On December 25 at 9:13 p.m. PST, the Capricorn new Moon will rise. New Moons occur when the Sun and Moon unite in the sky, sharing the same degree of an astrological sign. In a nutshell, this means our core identity (Sun) and emotions and feelings (Moon) align. They communicate clearly, which can provide insight into ourselves and our lives. This also makes new Moons powerful opportunities for recognizing and breaking unhealthy patterns, as well as exploring our shadow, which is more perceptible under a dark sky. As the Moon starts a new cycle, we’re invited to begin one ourselves, and consequently, new Moons are known as times of initiation and intention-setting.

No Bull During Goat Season

Intention-setting is appropriate now as we’re entering Capricorn season on Yule. Capricorn season, the period when the Sun is in Capricorn, brings a Capricornian hue to life. Capricorn is an earth sign of pragmatism and no nonsense, bottom-line thinking and living. Ruled by serious Saturn, it’s the “get real” sign of the zodiac. Not in the sense that Capricorn is humorless – Capricorn is known for having a snarky sense of humor – but because Capricorn lives firmly upon the earth. It takes the world at face value, and the ambition and business acumen Capricorn is also famous for (Capricorn is the CEO of the zodiac) is grounded in its open eyes. It’s able to build empires, not because it has lofty visions, but because the visions it has never veer far from concerns of, “How would I actually do this?” All earth signs are grounded, but Capricorn is the best at bringing an idea to life.

Capricorn season is an appropriate pivot from Sagittarius season, a time of extraordinary (yet often impractical) visioning, as we’re now tasked to take those visions and figure out what to do with them, if anything. It’s unsurprising that this is not only the conventional start of the new year, but also when many set goals and resolutions. There’s a tremendous astrological boost for both of these activities now. Relatedly, this is a potent occasion to take what we’ve learned throughout the year and build with it, or simply make something useful from it.

During this season (and new Moon), consider exploring the nitty gritty of your goals: how can you actually make them happen? Also, review what didn’t work with what you tried to accomplish this year. We can look at ourselves pragmatically too: how are we showing up in our lives? Is there anything about how we’re living that’s not working? How might we change that? Under the influence of Saturn, Capricorn season can involve becoming aware of our current limitations and finding ways to make things work for us in light of them, as well as making the best of what opportunities we have (which is ones of the qualities that makes Capricorn so successful in material affairs).

Capricorn, like its opposite sign, Cancer, is also concerned with safety. This is understandable in light of when the Sun is in it: the dead of winter. Although the light has been reborn at Yule, and with it, hope for harvests to come, there is still much to survive. Capricorn lives in this need to establish security and is the archetypal provider of the family, creating assets that can be passed on and structures that foster safety and stability.

Additionally, Capricorn is known for being subdued and stifled when it comes to emotion. The goat is the zodiacal incarnation of the “stiff upper lip” and “keep calm and carry on” mentality. Because Capricorn can be emotionally disengaged, we can utilize this more detached viewpoint to explore how we’re navigating our emotions, seeing if we’re being impractical or unreasonable in certain areas. Maybe we need to be more level-headed in some domains, which the energy of this season can help us recognize and navigate.

Otherwise, this new Moon is also home to a solar eclipse, which gives us a boost with the initiatives we launch during it that can be felt for months after. Solar eclipses are known for being wild card moments, crossroads, and points where we can switch gears in our lives, facilitating change and starting anew (and with Capricorn season in effect, finding an actual path for those changes). This is supported by a dance of positive energy between the Sun, Uranus, and Jupiter. If it were me, I’d make New Year’s resolutions and goals in the days before and after the new Moon – or at least brainstorm them – rather than waiting for New Year’s Day. This is a wonderful rocket to ride.

Solar eclipses can also be times when we feel weak and inclined to withdraw inward, which is then followed by a dawning within ourselves (because the energy of the Sun is blocked). So during the new Moon itself, consider using the eclipse period for meditation, journey work, or low energy activities, but shortly after the eclipse ends, setting an intention to change or shift something in your life.

Overall, Capricorn season can be a time to get practical about our desired future how we plan to get there. For those of you who enjoy Tarot, here’s a spread for this new Moon:

If you enjoyed this post, please consider learning about my forthcoming book, The Little Work: Magic to Transform Your Everyday Life, due from Llewellyn Worldwide in March. 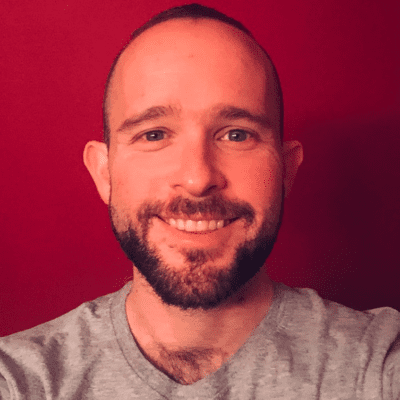 About Durgadas Allon Duriel
Durgadas Allon Duriel is an occultist, yogi, therapist, evolutionary astrologer, and Tarot enthusiast. He has practiced magic since childhood, eventually discovering modern paganism and Wicca in high school and later initiating into a Hermetic order in 2005. He trained there intensively for two-and-a-half years, focusing on Astrology, Kabbalah, Yoga, Tarot, and ritual, which he continues to study and practice. He is also a licensed clinical social worker and a certified holistic health practitioner. His first book "The Little Work: Magic to Transform Your Everyday Life" is due from Llewellyn Worldwide in March of 2020. You can read more about the author here. You can read more about the author here.
Previous Post 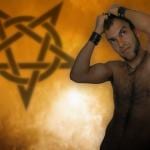 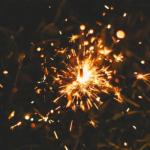 December 28, 2019 Five Witches to Watch in 2020
Browse Our Archives
get the latest from
Modern Witch
Sign up for our newsletter
POPULAR AT PATHEOS Pagan
1

Woman Fired From Panera For Being...
3 Pagans and a Cat
Related posts from Modern Witch