The Rise of the Warlock 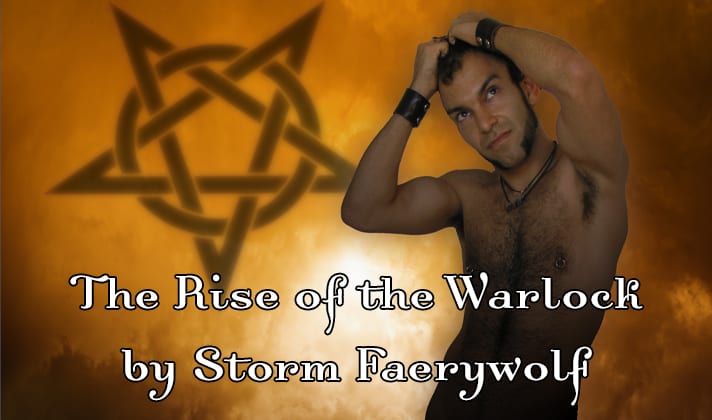 For practitioners of Witchcraft stemming from Gardner’s Wicca, warlock is a dirty word. There seems to be no a shortage of practitioners who will loudly “inform” those of us who identify as warlocks, that it is an insult, meaning “oath-breaker” and especially the breaker of an oath one has made to their coven. Never mind that this isn’t actually true.

Warlock used to mean “one who breaks an oath” (a charge first leveled in the 14th century by Christian authorities, so consider the source) but that hasn’t been its’ definition for over 500 years. Consider also that in places such as Scotland, the word has simply meant “a male witch” for five centuries. So, what we have in the face of those who still insist on using the word’s oath-breaking connotations, is the knowledge that they are engaging in an etymological fallacy.

An etymological fallacy is a linguistic misconception. It’s the insistence that a word’s “true meaning” lies in its original definition. That’s simply not how language works. Words change meanings all the time. Consider that “homophobic” no longer applies only to those who are literally phobic (i.e. experiencing fear) but to all those who negatively view homosexuality. The term “witch,” used to be an accepted term for “ugly old woman” but I challenge anyone to try and tell that to my Sisters of the Art and escape with their hides intact. Women practicing the Craft worked to reclaim “witch” from its biased and negative past and were largely successful. Some men are trying to do the same with warlock.

When I have spoken about my choice to identify as a warlock it has been met with interest from some, but most often with suspicion and even ridicule by those who identify as Pagan. Beside the out-dated assertion that it means “oath-breaker” (and I can only assume that those who perpetuate this definition are simply ignorant of the fallacy of such a claim) I have been told that the word is “silly” at best, and oppressive to women at worst; the explanation being that to use a gender-specific term will only divide us. (This, coming from those who often use the gender-exclusive term “priestess” without batting an eyelash.)

I feel that to adopt such a term better enables us as men to delve into what it means to be a man practicing witchcraft; to seek the Sacred Masculine in relation to the Sacred Feminine. It can help teach us how to be better men so that we can be better to women, to ourselves, and to the world. When I call myself a warlock, I am not seeking to make myself better than women, I am reaching deep inside and embracing all of my parts; I’m exploring and redefining masculinity in a way that includes the spiritual, the magical, and the sexual.

A warlock is simply a man who practices witchcraft. Here there is the connotation of going against established gender-roles. Witchcraft is often thought of as feminine. Much like in the Old Norse stories where Odin learns the “women’s magic” from Freya, a warlock has rejected the notion that men must be masters of women. A warlock has confronted his own demons and because of this can be a full ally to women as an equal. As warlocks, we reject the roles that society hands to us and we create our own. We are strong… strong enough to be equals with those around us… strong enough to learn the magic that society tells us would emasculate us… strong enough to stand up to those who —in their ignorance— would tell us that we cannot be who we are because their particular custom thrives on insults and mob mentality. A warlock is a man who is complete within himself. For men in the Craft, the warlock represents our highest ideal.

Each of us has our own mysteries. Women have been exploring theirs for a long time. While politically this was born from being oppressed, it is worth noting that in a patriarchy there are no winners. Even men are oppressed under patriarchal rule, though ours is less overt. Just as women are forced into certain roles in order to “fit in,” men also are expected to conform to a set of ideals that would deny us our very hearts. Our masculinity is a temporary condition and one that depends on conformity. We are taught that the ideal man does not show emotion…  revels in violence… Fit the mold and you are a “real man,” but deny any of these qualities and your masculinity is in danger of being revoked. The fear of this is so strong that it has stunted the development of males across the globe for generations. Only when we can embrace our vulnerability can we be free of the chains that bind us. A warlock casts aside those chains in favor of true freedom; any “oaths” or “wicked vows” that would keep us from our true potential must be rejected if we are to be authentic. If we seek the deeper magic then we must be prepared to stand outside what is “proper” for our station… we must embrace the ideals of the warlock and remember that in order to embody deep magic we cannot live a life in accordance to the rules of another. We must rise up and claim our power. The act of naming oneself “warlock” is one magical step toward that goal. 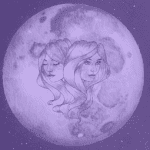 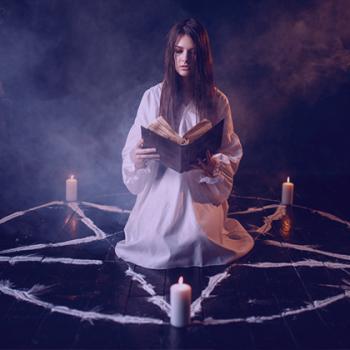 Between Two Worlds: Stressed? Get Outside in Nature
Feeling stressed? Get outside in nature. If you look, you can find...
view all Pagan blogs
Copyright 2008-2020, Patheos. All rights reserved.