Back when I was in college, I fell head over heels in love with The Lizzie Bennet Diaries, a YouTube web series adaptation of Pride and Prejudice. Ever since that series became an internet sensation, many other literary classics have become adapted into a web series format such as The Autobiography of Jane Eyre (based on Jane Eyre) and Nothing Much To Do (Much Ado About Nothing).

But my new favorite web series so far is The New Adventures of Peter and Wendy, an adaptation based on the story Peter Pan by JM Barrie. I linked a playlist to the entire show so far here:

Feel free to watch it right now. The episodes are 3-6 minutes long, so it will only take a few hours to catch up.

One interesting aspect about The New Adventures of Peter and Wendy is that there’s an interactive aspect that goes beyond YouTube comments.

This video advertising the Kensington Chronicle mentions that people can ask the characters for advice and that there are “Neverlandians” on Twitter. The Twitter accounts are fictional, but part of the experience because the show sometimes shouts out to the fictional Neverlandians. One such instance is the upcoming play Panlet, which you can only see being “performed” on Twitter tonight. Subscribe to the list here after catching up to the show.

And in case you’re wondering, yes, I am participating as a fictional Neverlandian. My Twitter handle in the New Peter + Wendy “transmedia” experience is @neverlandslayer. My character, Teresa Delacruz will be “performing” in Panlet as Queen Gwendolyn.

Enjoy the series and wish me luck on my performance!

A note: The series gets a bit PG-13 in the Season 2 episodes. There is some cross-dressing and implications of pre-marital sex and same-sex relationships. This is still a good series, so I’m hoping you can look past that. 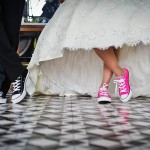 August 5, 2015
Can Young Adults Really Believe In Marriage?
Next Post

August 7, 2015 Get To Know The Eucharist With This Free Bible Study!
Recent Comments
0 | Leave a Comment
Browse Our Archives
Follow Us!

George Will and the Millstone of...
Catholic and Enjoying It!
Related posts from Monique Ocampo Writes 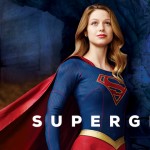 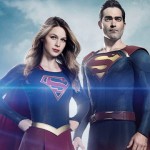