How to Practice Zen: Some Pointers on the Way 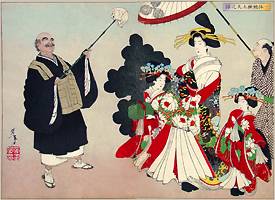 I once was at a meeting of Zen teachers, where we were discussing what expectations we could have of each other as we began to authorize teachers on our own. One of the teachers began a fairly long list, and a pretty detailed one, at that. I opined we’re on the wrong track. I confessed to several of my abiding sins, among which, was my lack of interest in other people’s ideas of the minutia. Instead I always want to cut to the chase, as quickly as possible. What’s the minimum we might expect? The bare minimum. That’s what I wanted to talk about.

And now, a couple of days ago another friend, a younger Zen priest and teacher sent me a note asking if I had any good pointers for resources exploring the nature of spiritual direction within the Zen community over the years since Zen formed as a separate discipline in early medieval China. I replied that I did not.

But, the question set me to thinking about what I do know, particularly within the context of what I’ve found to be the purpose in my own practice. While our origins and early practices are not entirely clear to me, there are broad hints that there’ve been a variety of different approaches over the years. And they touch a bit on that earlier thought about minimums.

It is fairly clear that so far as monastics were concerned through out at least most of China’s Buddhist history, individual monks only stayed for a season in any given monastery and there was a lot of movement around. This and at least half remembered anecdotes about people being given a koan, going away, and then returning after periods of time, sometimes long periods of time, to engage the teacher with that koan as their touchstone. Other stories of governmental officials and such encountering Zen teachers in Chinese literature suggest meetings of real importance for the lay practitioners, and they seem practitioners, but where most practice is not taken up with close supervision.

What I divine from this is that while a spiritual director is important, that person isn’t quite as important as we might think from a casual reading of the literature, or from how our contemporary Zen communities are organized.

What has been more important has been the practice of seated meditation.

Here in this country, as a member of the membership committee for the American Zen Teachers Association for some years, I’ve observed that there are all sorts of different ways people train, and interestingly few of the teachers in the group would be qualified to teach in most of the other groups, their requirements being so different. But there are a few patterns.

The most obvious one is retreat time. That is days that begin early and run into the evening that are dedicated to seated meditation, as a rough rule of thumb, nine hours of meditation a day. It seems that almost everyone who has become a member of the AZTA has sat at least a year of retreat before being authorized as a teacher. That is three hundred, sixty-five days of nine hours a day of meditating in the Zen style. Maybe they studied koans. Maybe they lived in monasteries for extended periods of time. Priests. Monks and nuns. Lay practitioners. Maybe they have academic training. Whatever. What they have in common is lots and lots of pillow time.

Sit down, shut up, pay attention.

And one other thing.

Throughout its history Zen practitioners have been bound by rule, by a code of behaviors. It has changed in different cultural contexts. But it has always been a part of the deal, I believe a critical part of the deal.

I believe it all can be reduced to the sixteen Bodhisattva precepts. Actually, I think it can be rendered even more concisely as

Do not kill, serve life
Do not steal, share wildly
Do not lie, find the truth of an open heart
Do not misuse your sexuality, love your body and respect others’
Do not become intoxicated, see the world and yourself as clearly as you can

My bottom line for an authentic Zen life.

It is important to have spiritual direction. A guide, a friend, someone who will hold up the mirror for you. Not just important, but very important. However the relationship need not be close. The right amount of face-to-face time is going to be different for different people. In general I only recommend people who’ve practiced hard for many years and who have had some generally recognized authorization to teach. Others may be great, but while I am suspicious of people with regular credentials, I’m even more suspicious of those who feel they don’t need confirmation from outside themselves, and I’m even more suspicious of those who appear to have made up their credentials. A surprisingly common thing, but, these days at least, easy enough to figure out…

Still, you do not need to put another person’s head on top of your own. A teacher is a wonderful thing. A good teacher a jewel of great value. But don’t make a fetish of it.

In that context, read some books. Figure out which ones are considered useful. And read them.

What is most important is zazen. Pillow time. A regular practice, and whatever retreats, half day, full day, multi-day your life allows.

You want to practice Zen? Get some instruction and sit.

Retreats would be good. If you can.

Check in with your spiritual elders. In the flesh and through the printed page.

Embracing the precepts. Just the five. They are a pointer to the awakened life. And they are a container when you feel you don’t have a clue. Or, even, when you think you do. I find all this also calls us to act in the world some. Do some good. Follow your heart in this, but do something for someone else. This is a critical part of the whole deal. We are what we do.

And after that, it is just living life. Being engaged. Allowing your heart to break. Doing things. Screwing up. Royally, perhaps. Fixing things. Falling down. Getting up. As Mary Oliver sings to us, the spiritual path isn’t difficult, well, rather, it doesn’t have lots of necessary parts.

To live in this world
you must be able
to do three things:

To love what is mortal;
to hold it
against your bones knowing
your own life depends on it;

And, when the time comes to let
it go,
to let it go.

That appears to be it.

A human way. With all that suggests…

The recipe is in hand. If you haven’t noticed, time quickly passes. And soon you will die. Don’t waste your life.

If you have a way that looks true, follow it. All the way. If not, check this one out.

Personal testimony of the dance and its possibilities…

February 16, 2014 Hallelujah, Hallelujah, Hallelujah
Recent Comments
0 | Leave a Comment
"Alan Watts. I happened to purchase "This is It" primarily because of the unique book ..."
Ed Papson Recalling the Trickster Sage Alan Watts
"I’d love to see a little write up on Rien Takahashi. He was (I believe) ..."
Josh Lamson Ernest & Dorothy Hunt: Early Links ..."
"How lovely. It sounds like an actual real-life beloved community"
cushing The Zen Priest’s Briefest Meditation for ..."
"Why is my previous comment still in PENDING???"
fractal Ram Das and the Call to ..."
Browse Our Archives
Follow Us!

Buddhist
A Feast for the Ass
Monkey Mind 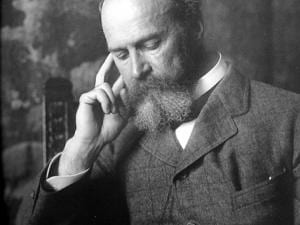