A Zen Priest Reflects, Just a Little, on Who Is a Buddhist

A Zen Priest Reflects, Just a Little, on Who Is a Buddhist April 13, 2018 James Ford 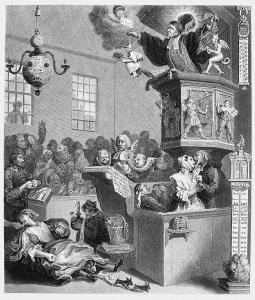 On Facebook I recently was reading someone whom I especially admire for his commitment to Buddhism and his erudition. He alluded more or less in passing to much of contemporary and largely Western Buddhism as, among other things, “annihilationist.”

He was referring to Ucchedavada, an ancient perspective the Buddha spoke against in the collected Nikaya texts. And he was conflating this ancient Indian school of skepticism with the often materialistic perspective of many contemporary and, mostly, Western Buddhists. With this I found my thoughts racing toward the questions of Buddhism. What Buddhism is and what is not Buddhism.

I recall reading about how in China as Buddhist texts began to be available folk were deeply confused about the astonishing differences in texts that claimed to originate with Gautama Siddhartha, the Buddha of history. Several people stepped forward and offered explanations. My favorite was an assertion that the Avatamsaka Sutra was the original first teaching of the Buddha. But, when people didn’t understand, he backed up. And, so, following that highest of teachings he offered step by step instructions included in the many Nikaya texts. Then, there were various texts that didn’t have Pali versions. And, finally, the Lotus Sutra as a crowning teaching.

Others offered different views. Pretty much the whole of our modern Theravada tradition relies solely upon the Nikaya texts transmitted in the Pali language. Their view is that these are the (largely) unadulterated teachings of the master himself. And they have a pretty good argument in support of their view.

Except for the fact that the Pali texts were not actually a) written in the language the Buddha spoke, nor b) were they written down until centuries after Gautama Siddhartha’s death. And, some don’t even appear to date until after some of the Sanskrit sutras representing the other great school of Buddhism, the Mahayana. That’s the school which suggested how the Avatamsaka was the first and the Lotus the last of the Buddha’s authentic teachings…

Here’s the deal. Buddhism is some five hundred years older than Christianity. And, it never had a central authority comparable to Rome within Christianity. So, the simple reality is there are in fact multiple Buddhisms. A lot of different Buddhisms…

So. For some a burning question rises. Which is the true one?

Of course for some it is simply proof there is no true Buddhism, and for a subset of that group, no particular truth in Buddhism. Well, that’s your conclusion, well, then, thank you for stopping by. Best wishes and blessings on your journeys.

Or. Are you inclined to try and find the actual teachings of the historic Buddha? If so, I think the only school that makes a serious claim in that direction is the Theravada. Which, as I’ve noted, does have some problems supporting that view. But it is a powerful tradition, and worth a deep investigation, even a whole life, at least as I see it. Or. Perhaps you want a “mature” reflection on the original insights, a tradition that has marinaded for generations and has generated perspectives based in the “original” teachings, but clarified and focused? Then the Mahayana makes a serious claim to your heart. And, I recommend this. Although it needs to be noted within that broad category of “great vehicle,” there are numerous subsets. And, I would add, not all offering obviously related teachings.

One among these is sufficiently large that some scholars separate it out as a third school, the Vajrayana. And it does have unique qualities, some of which can be traced to the introduction of Tantric philosophy into Buddhist teachings. Many have found the Tibetan schools deeply moving. And, it is.

There’s also the Pure Land. It is something amazing, powerful, compelling. The Zen philosopher and first interpreter of Zen to the West, D. T. Suzuki, in his old age seemed to gravitate to several aspects of the Pure Land, which is called Shin in Japan. Me, as I age, I’m feeling similar pulls of the heart way the Pure Land offers.

And, now in the West as the various schools have all taken root, if in most cases, tentatively, and interestingly several variations on a uniquely Western Buddhism (or, I should say even here – Buddhisms). The unique qualities are generally called Buddhist modernism.

But, for me, the school of Buddhism that calls most resonantly to my heart is Zen. I acknowledge my intellectual interest in Zen is influenced by modernist inclinations. And there’s a rather more full blown modernist view of Buddhism, the one my friend on Facebook was particularly suggesting in his use of that term “annihilationist,” called in its least ambiguous form as Secular Buddhism. There is much to criticize in Secular Buddhism. And, also, it is proving a rich and complex emerging school.

And, let’s be clear, all forms of Buddhism are subject to criticism, and nearly all, okay, all, justly so.

For me it doesn’t matter that Zen Buddhism emerges in early medieval China and that at least in part if appears to derive much of its insight from Daoism with at least a dash of Confucianism. It doesn’t matter to me that the mature form of my primary spiritual disciplines, just sitting emerges in a clearly defined way in the twelfth century, and koan introspection until the eighteenth century.

But back to the question. So, looking at this forest of schools, who is a Buddhist? And who is not?

There is no creedal statement commonly held, although in modern times and in the West in particular many have appealed to the Four Noble Truths as a description of Buddhism. And then for me as a Zen Buddhist any definitions are tricky, as words are tricky. Although I find the summary statement in the Heart Sutra, “form is emptiness, and emptiness form” a very good pointer…

But pointer not creed.

Still, Zen is nestled very much within Buddhism, and for me, at least, as with, I’m confident, the majority, if not all, definitely not all Zen practitioners; seeing Zen as Buddhist is important.

In some other correspondence a friend cited a Tibetan authority who asserted four principles that describe Buddhism, and if one does not believe them, then that person is not a Buddhist.

I looked at this list and thought I could live with it, although I think the word “contaminated” and “suffering” need a little attention. I would substitute compounded for contaminated, as there is no pure reference point. The point as I understand it is that everything made of parts (and what is not?) will come apart, and that grasping at such things as if they’re permanent or whole or unchangeable brings about a sense of dis-ease, unsatisfactoriness, hurt, sadness, suffering, anguish. Each word pointing to this sense captured in the technical term dukkha.

As to Nirvana is peace. That too needs unpacking in that as a Zen Buddhist this is where we come to that Heart Sutra line I cited above. Here the identity of form and emptiness of samsara and nirvana cannot be ignored, and it is in fact the deep insight into this that is awakening. So, this peace that is nirvana also includes all the hurt of the world.

I thought it interesting that in this list the doctrines of karma and rebirth are not included. But, perhaps assumed? I believe any forthright examination must include these points. And I know this is where my orthodoxy starts getting a bit shaky.

In classical Buddhism karma is all about intention. And those intentions are what directly lead to rebirth, and the normative view has been that “rebirth” refers to post mortem reanimation.

Out of respect for the tradition I try to maintain an agnostic view in this regard. But. I’ve noticed agnosticism tends to lean one way or another. So as regards a subject like theism an agnostic might lean toward theism or atheism while professing not knowing. In regard to theism I lean toward the not very likely. In regards to karma and rebirth taken in those classical ways, I’m agnostic but lean rather heavily against the view.

Then there are the moral codes, the precepts. Some would include how we interpret them to fall within at least orthodox and heterodox, if not whether one is or is not a Buddhist. The original conversation with my friend turned on how Tibetans in general understand the refraining from inappropriate sexual acts. For the most traditional understanding this means no sex that isn’t for purposes of procreation. With all the fall out that has for homosexual persons…

I have a very strong reaction to this. I find that view ridiculous and body-hating and a shadow of Buddhism writ large. It is part of a Buddhist perspective that needs to be challenged from within the community, as damaging to the wholeness to which we are genuinely called by our tradition. I believe the only appropriate way of understanding the precepts regarding sexuality turn on respect and care and mutuality. Missing this is missing how we engage with open hands the matter of life and death.

I assert these positions I hold are Buddhist, if liberal Buddhist.

Others, I know, think this means I am not a Buddhist. Or, at best, a marginal Buddhist.

But then many Buddhists think the same about Zen Buddhists in general.

The upshot is probably, while quite important, the question of who and who is not a Buddhist is going to remain ambiguous. The deal, as I see it, in a sort of bottom line way is not Buddhism, but Buddhisms…

And, me, I’m comfortable with that.

April 15, 2018 Bow First, Ask Questions Later: A Review of a New Book on Zen Training & the Zen Life
Recent Comments
0 | Leave a Comment
"A wonderful tribute indeed, but you fail to speak about his great lit-crit and also ..."
Tom Hanson T. S. Eliot & His Secret ..."
"Thank you for this wonderful tribute to Eliot. "The Wasteland and Other Poems" was one ..."
Steve Bailey T. S. Eliot & His Secret ..."
"Father Merton wrote "Nhat Hanh Is My Brother" in 1966."He is more my brother than ..."
Robert Flannery The Zen priest Wishes Thomas Merton ..."
"this geelong seafood blog is great. geelong seafood"
John N LIVING IN THIS FLOATING WORLD: A ..."
Browse Our Archives
get the latest from
Monkey Mind
Sign up for our newsletter
POPULAR AT PATHEOS Buddhist
1