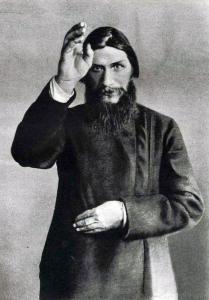 Here we are. It’s the eve of the eve of a new year. And, for me the time I like to annually note it was on this day, the 30th of December in 1916, that Grigori Yefimovich Rasputin was murdered.

There’s a small connection for me. And that’s part of why I notice the date.

To retell. Many years ago I was working at the venerable and now lost Wahrenbrock’s Book House in downtown San Diego. And with a couple of other people, I was offered the opportunity to meet with Maria Rasputin, daughter of the “mad monk.”

She’d been making her living for some years writing and then rewriting and issuing anew sanitized biographies of her notorious father. Even though, as someone always interested in the more obscure byways of religion I really wanted to meet her (I think in catholic terms this would be a second degree relic),

Sadly, I had a conflict that made it difficult to accept the offer. Today I can’t even remember what that other event was. But. I decided to pass on meeting her, knowing she had a pretty regular circuit and would be back.

Not long after she died.

I’m sure there are lessons to be learned here. Someday, perhaps, I’ll write about how I’ve now missed the opportunity to meet the Dalai Lama not once, but twice. Also, it can also be worthwhile to consider questions of mysticism, madness, and power. No doubt I will…

In the moment, however, as we are at the eve of the eve of one more year, I find just letting the lingering memory of times gone by hang in the air.

December 29, 2019
ON BECOMING SPIRITUAL ADULTS: A Hanukkah Meditation
Next Post

January 1, 2020 The Zen Priest's Briefest Meditation for the New Year
Recent Comments
0 | Leave a Comment
Browse Our Archives
get the latest updates from
Monkey Mind
and the Patheos
Buddhist
Channel
POPULAR AT PATHEOS Buddhist
1 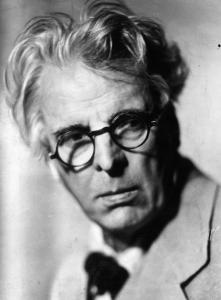