WHAT IS GOD? A Small Meditation on Zen, Rumi, Coleman Barks, and the Mysteries of the Heart 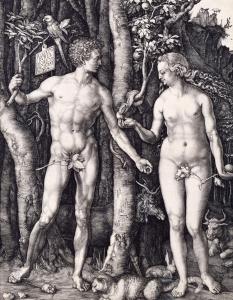 These days a couple of times a month I’m visiting an old colleague who now resides in a nursing home. He suffers from something called vascular Parkinson’s. It resembles Parkinson’s but is actually caused by a swarm of strokes. My understanding is that his cognitive functions are largely intact, although he cannot focus very well and he can only speak a sentence or two, brief, and honestly, very hard to understand.

We found the best way to visit is mostly for me to read aloud.

I was mildly excited by the idea of reading aloud for him, as he identifies as a “UU Christian.” And I thought this could be a good chance for me to explore with him some of the Christian mystical literature I’ve meant to read but have never quite gotten around to. To start I picked a book that offers a selection of writings from the Desert Fathers and Mothers. Sadly, it didn’t work. Possibly if I jumped from the introductory material right into the anecdotes. But I didn’t, and he found it a frustrating experience. And wanted to move on.

I asked if he had a preference. He said poetry. And I said, sure. I’ll bring something on my next visit. He said Rumi. I said, okay.

As it happened Jan & I had planned a trip up to Ojai and our very favorite bookstore in SoCal, Bart’s Books. Standing in the poetry section I surveyed the Rumi anthologies on offer. I started with the more scholarly versions, aware of the controversies around, well, especially Coleman Barks. However, as I read through a couple, I had the unescapable feeling I was looking at the backside of a tapestry. They may have been faithful to the letter, the spirit seemed elusive.

So, reluctantly I picked up Barks’ Essential Rumi. And, well, it scanned.

I thought about my colleague, and what his needs were. And, I bought the book.

I’ve seen criticisms that call Barks’ work New Age, along with other epithets. He downplays the Islam of it. He elides the messiness of Rumi’s time and place. He reaches for a universalism that may not actually always be there in the original. Perhaps these criticisms are deserved. Probably.

But, as I started reading them aloud for my colleague, with that slowing down we get when we read something aloud, I felt other things opening for me.

I think a lot about God. I am absolutely not a believer in a human like deity that intervenes in history. I am in that last analysis a Buddhist of the Zen sort. With a very large dollop of rationalism infusing the end product.

However, all this true, God arises in my thinking and emotional life. A lot. Once someone commented that I seemed an atheist who prays. When asked about this I usually respond how I feel there is a quality to our existence that calls for poetry, for metaphor. And God or at least God language or at least some kind of, as one friend called it, language of reverence, seems important.

And. But. What we find as we cut closer to the bone.

I also reflect a great deal on the inner life, and what that has meant for me. The discipline through my life that has worked has been two things wound together. First, a practice of silent presence, where I’ve sat on the pillow just to do that silent presence, regularly and regularly in extended periods of retreat. And, I’ve practiced with koans, a discipline unique to the Zen schools, in the style developed in the school of the Eighteenth century sage Hakuin Ekaku.

This turns on the investigation of the intimate matter through words and images and brief anecdotes. All intended to bring one to the bare reality of the matter. Having passed through the formal curriculum and having investigated many of the cases multiple time since, I find myself returning to a place that I call ShikanMu.

It’s a lift from my grand teacher on the koan way, Robert Aitken. ShikanMu collapses two terms. Shikantaza, the technical term for silent presence and Mu, the primal koan of the curricular way, the one with which we begin, and with which we end. It has a story attached to it, but the story is long let go of, and we end up with the word itself. Mu means without, or not, or empty, or simply no. It’s used in the tradition of apophatic spirituality, the surrender of ideas and symbols.

As best a human can. Of course.

I’ve fronted into this place a lot. And, the word for the experience I’ve found it takes me to is intimate. Intimate. And my practice is the intimate way.

We are one, but we are also two. And neither can be forgotten. As one sage put it, I am not that, but it is me. That spot. That place. That noticing. That letting go of ideas and surrounding into.

And, I think about God.

Okay. That said. Back to the bookstore. I purchased the Barks version.

And. Later. There I was in my colleague’s room, reading Barks’ poetic paraphrase of the master Rumi.

The wakened lover speaks directly to the beloved,
“You are the sky my spirit circles in,
the love inside love, the resurrection-place.”

The words rolled from my mouth. I looked at my colleague, and scanned the room, a nice room, but also a prison, an overcast day, so the light flooding into the room a bit muted, the air dry. I noticed a baseball on the counter top.

All the sorrow of it. All the memories piled inside that skull, and mine, too. All the words that can’t be said. All of those things.

And, yet. Like Issa’s and yet. But, here empty and sorrow, sorrow and empty also opened one more step.

And I thought of the Islamic tradition that tells us God is love, lover, and beloved.

Sorrow and joy woven fine. Longing and finding not separate. And alive. And personal.

In a moment I understood (in that once and future way) what it is about God that calls for me. First just as a wave washing over me. The great ocean. But, later, as words. Dangerous things these later words. They can become very small cages for great and wondrous creatures. But. But. This encounter has nothing to do with that idea of a deity separate from the world. Rather it is one of the angles we humans have when we open into the mystery.

Our way of noticing as creatures of hate and love.

At those moments of grace where we genuinely touch the not one, not two, we experience it as we are. As humans. As creatures of hate and love. Mutable. Fragile. Dying from the moment we are born. Filled with longing. And with embraces, if we’re lucky, with embraces.

All of it more intimate than words can say.

And at some point we need words. We are creatures of words. And, a word for this, the all of it, is love. And a word for this love is God. The God that is love, lover, and beloved. That God. All the dancing energies that manifest in this birthing and dying world.

In that nice prison room in West Los Angeles, where two old colleagues sit together, and Coleman. Barks’ Rumi puts words to the unspeakable.

The love inside love, the resurrection-place…

December 18, 2021 Biko
Recent Comments
0 | Leave a Comment
"At the risk of shameless self-promotion I preached a sermon on Julian of Norwich on ..."
amylynn1022 Julian of Norwich and Love. A ..."
"Yes. Lots of depth there. The Psalms are so crucially important to me. I don't ..."
Roger Butts A Unitarian Universalist Investigation of the ..."
"Think globally.Act locally.There is a lovely book available called Jesus and Buddha. It shows passages ..."
james warren The Art of Peace in a ..."
"We should not idealize or condemn Muir or anyone else. Muir was a man of ..."
Silverwolf13 A Feast for John Muir, Nature ..."
Browse Our Archives
Related posts from Monkey Mind