Carlos Duarte Costa, A Church for Jesus, and Christian Communism 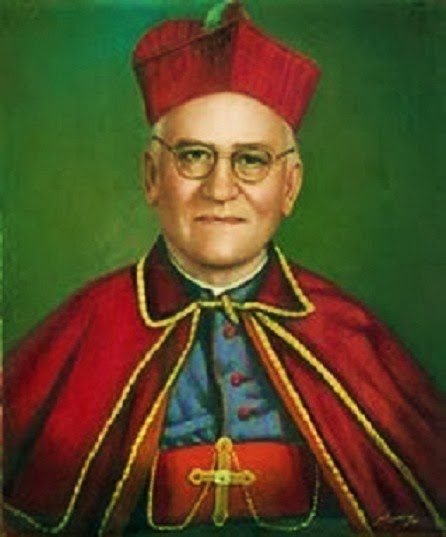 The bishop denounced the corruption of the civil authorities. And was a central figure in the the Constitutionalist Revolution. He also denounced clerical corruption and complicity in governmental corruption.

In the years running up to the Second World War he denounced Nazi and fascist movements. In these controversies Bishop Duarte Costa became closely identified with the Christian Communist movement.

He was briefly imprisoned in 1944 and in 1945 he was excommunicated by Pope Pius XII.

Upon his excommunication Carlos Duarte Costa established the Brazilian Catholic Apostolic Church, assuming the title of first archbishop of the new church.

On June 1945, Costa organized the Brazilian Catholic Apostolic Church (ICAB) and declared that ICAB “is a religious society, established for the propagation of the Christianity in all the national territory, which is separated from the Roman Apostolic Church because of the errors that it has been committing since the moment when it left the catacombs, exchanging the beauty of the teachings of Christ — simplicity, humility, poverty, love of neighbor — for a preeminently mercantilistic institution, where pomp reigns, doing damage to true Christianity, which is found in the humble, the laborers, the legitimate representatives of Jesus of Nazareth.” Costa’s act of schism resulted in his automatic excommunication from the Roman Catholic Church, later Costa was declared a vitandus – a person to be avoided by Roman Catholics – and those Roman Catholics who became adherents of ICAB were excommunicated also.

The church was briefly suppressed in 1949 because its liturgy and its clerical attire was indistinguishable from those of the Roman Catholic Church, and allegedly caused confusion among the faithful. However within months after making some adjustments to the liturgy and adopting grey clerical cassocks instead of black, the church was able to continue. Clerical celibacy was abolished, although the bishop remained celibate. Divorce was allowed. The liturgy was translated into the vernacular. And, critically, clergy were expected to hold secular jobs to support themselves.

There was a positive response among the poorer communities in Brazil.

Archbishop Carlos Duarte Costa died in 1961. The Brazilian Catholic Apostolic Church went through several years of dissensions and schisms. But it eventually found its footing and today reports approximately half a million members in Brazil.

The archbishop eventually consecrated eleven bishops. One of them, Salomão Barbosa Ferraz eventually reconciled with the Roman Catholic Church. When he did his episcopal consecration was recognized as valid. An important point because of those dissensions and schisms the archbishop indirectly became one of the principal sources for “apostolic succession” for the Independent Sacramental Movement. His Brazilian church itself, however, has generally avoided involvement with the movement, and does not recognize bishops consecrated in their line but who are not in direct communion with them.

Archbishop Costa himself is remembered as personally saintly, and devoted to the poor. There are continuing reports of miracles from those who’ve prayed in his name. Mostly, among the poor.

While my interest in the archbishop began with his place within the ISM, I find him more interesting for his call to a Christian Communism. A radical assertion, to be sure. Although, it has occurred to me that in the face of what Jesus actually said and did in his lifetime, it could be asked how can a Christian not be a Communist?

A rich, complicated, frightening, and, who knows, perhaps compelling question.

The Brazilian Catholic Apostolic Church observes today, the 21st of July, as a feast for the saintly radical Carlos Duarte Costa.