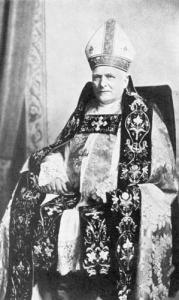 The 30th of August the ever delightful Episcopal Church celebrates a feast in honor of the life and ministry of Charles Chapman Grafton. I wrote about him a couple of years ago. And it feels time to revisit…

Born a Boston brahman in 1830, Grafton was educated at Philips Academy and Harvard College. Originally he had prepared for the law, but theological interests overcame, and he read theology with William Whittingham, Tractarian and Episcopal bishop of Maryland.

Beginning his ministry in Maryland Grafton served as a curate as was normative, but also as chaplain to the order of deaconesses in that diocese.

He later traveled to England to meet the great Edward Bouverie Pusey. While there he and two others took religious vows, establishing the Society of St John the Evangelist, perhaps best known as the Cowley Fathers, a monastic community that continues to this day.

In 1888 Charles Grafton was elected as the second Episcopal bishop of Fond du Lac.

The photograph of the clergy at that consecration became a major controversy. At first blush it seems an amazing testament to ecumenism. Not only were there the Episcopal contingent, but also included most notably Russian Orthodox Bishop Tikhon, later patriarch of Moscow, and later still saint of the Orthodox Church, and Anthony Kozlowski Old Catholic bishop representing the Polish National Catholic Church.

This was an unprecedented event.

We are talking the beginnings of the Anglo Catholic rise within Anglicanism and here specifically its American expression. I’m sure that the new bishop was also a monk could not have been well received among the “low” and evangelical wings of the church, who saw the shadowy hand of the pope in all of this. And, indeed, a firestorm did sweep across the country, the photograph being denounced and loudly as the “Fond du Lac Circus.” In the moment quite the stir.

However, in fact, this event, and that famous photograph, became a major step in the normalizing of traditional Catholic vestments within modern Anglicanism. Today Anglo Catholicism is a thriving aspect of the Anglican and Episcopal churches and most all Episopalians of near any “churchmanship” are comfortable with the now normative use of traditional Catholic vestments as well as a Catholic spirituality running right through the heart of the movement. The theological range within this branch is in fact quite wide, running from those who long for reunion with Rome to a thriving and even probably better named liberal or progressive Catholicism.

A lot of this can be laid to what followed that consecration. Bishop Grafton would go on to serve his diocese, church, and the larger world with faithfulness and grace. He is remembered as a “brilliant pastor, ardent ecumenist, community organizer, and founder of the Sisterhood of the Holy Nativity in Fond du Lac.” he labored faithfully.

Charles Chapman Grafton, monk and bishop, died on this day in 1912.

And, this day is, as I mentioned, a feast to be celebrated. 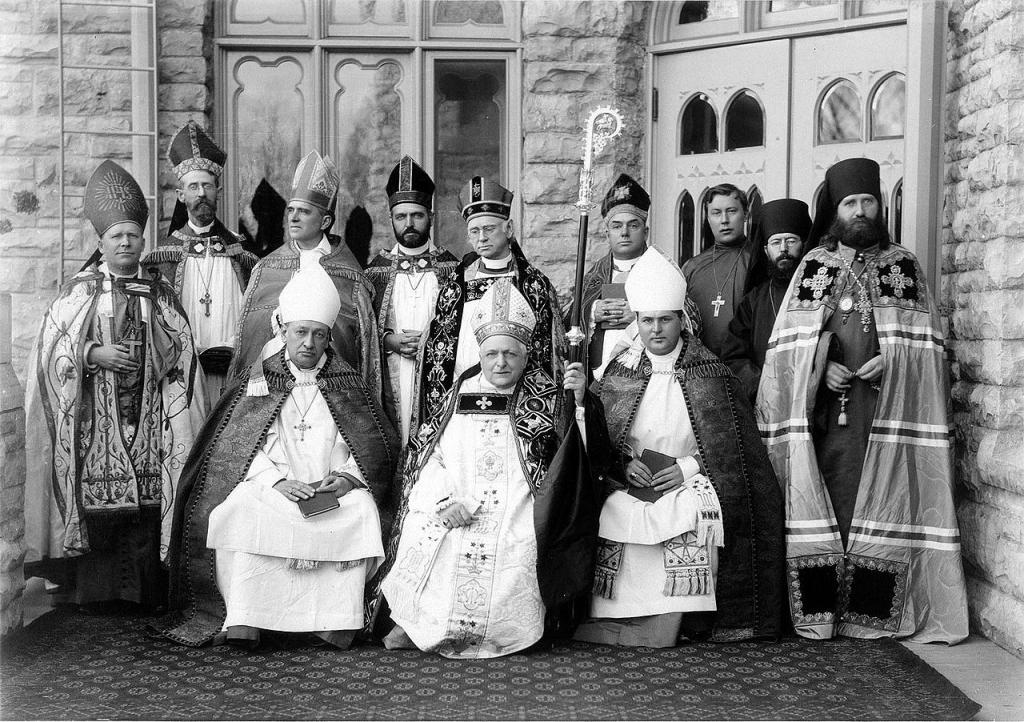 How To See Through The Buddha's Eyes
A gang of long-tailed tits are skipping from branch to branch in...
view all Buddhist blogs
What Are Your Thoughts?leave a comment
Copyright 2008-2021, Patheos. All rights reserved.
Close Ad